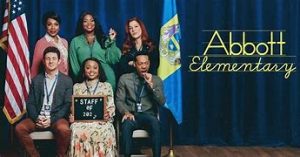 Perhaps the most surprising success story of this fractionalized television season has been ABBOTT ELEMENTARY, a mid-season ABC sitcom that quietly launched with its pilot as a lead-0ut from the LIVE WITH A STUDIO AUDIENCE special in early December which then migrated to Hulu over the Christmas holidays.  Airing on the half-hour, the show got decent premiere night sampling, as well as some very positive reviews.  With the serendipity of little original competition, a fresh surge of Omicron and great word-of-mouth, over the next five weeks the episode’s cumulative audience quadrupled its A 18-49 rating, which according to ABC was the largest time-shifted proportionate increase of any sitcom episode in its history.  The second episode surged by more than +350%.  As sitcoms have historically built audience by double and not triple-digit proportions, this is especially noteworthy.

For ABC, which saw its longtime comedy anchor MODERN FAMILY come to an end in 2020 and has seen its other comedies struggle in sincer, this was a much-needed boost.  But the concept of using a single episode launched at the start of a holiday season to gain sampling traction and momentum heading into a post-New Year’s regular season isn’t unprecedented.  NBC did something similar with SUPERSTORE in 2015, roughly around the time Nielsen began to make available time-shifted ratings beyond the seven-day threshold they had offered for roughly a decade prior.  At its pre-upfront presentation that spring, they bragged about the three and four-fold improvement in audience they show had gotten over time. 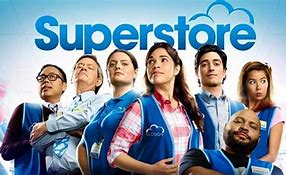 For the first time, a live-plus-119-daymetric was used, and it showed SUPERSTORE getting ratings that more closely resembled the levels that, say, THE OFFICE hit in live-plus-seven-day shifting a decade earlier.  SUPERSTORE ran for six seasons and 113 episodes, so ABC can only hope for something similar with ABBOTT ELEMENTARY.

And they do have good reason to expect it.  Bluntly, the show is authentic, diverse, and funny, three things many of its recent comedy launches were not.  It’s set in Philadelphia, just like THE GOLDBERGS and its school-setting spinoff SCHOOLED.  I worked on both of those shows.  I’m a huge fan of THE GOLDBERGS and enjoyed seeing it shot right in front of my building on many sun-drenched days.  It recently celebrated the production of its 200th episode, which few other shows will ever reach in these times.  But lately THE GOLDBERGS has had its share of troubles.  Longtime family patriarch Jeff Garlin and its absurd comic relief coach, Bryan Callen, were both #MeTood out of the cast.

“Pops”, beloved veteran actor George Segal, died last year.  Ratings have fallen precipitously.  And as Sony has publicly declared it is no longer actively developing broadcast network sitcoms, THE GOLDBERGS is clearly heading toward its sunset.  SCHOOLED had every opportunity to be an heir to the throne, the FRASIER to CHEERS, if you will.  But sadly, it wound up closer to the playbook of AFTERMASH.

A.J. Michalka is a lovely and talented person and her Lainie Lewis is a great supporting character.  But building a series around her, set a decade after her wilder child days as a semi-reformed member of the faculty was, frankly, a one-note premise.  Attempts were made to support her with a staff that became her friends, and the Lainie she portrayed in SCHOOLED was a bit more fleshed out than the version she portrays on THE GOLDBERGS.  But the teachers’ lounge on SCHOOLED was more resemblant of a comedy club bullpen.The teachers on ABBOTT ELEMENTARY are dedicated, struggle with real challenge of today’s inner city Philadelphia and revere WPVI news anchor Jim Gardner (an ABC owned-and-operated station, BTW) as much as its viewers do.  Creator and star Quinta Brunson is a true find.  She wears her passion on her sleeve, mixing exasperation with curiosity and determination seamlessly.  The likes of three-named comedy veterans like Lisa Ann Walker and Sheryl Lee Ralph as co-stars and mentors was more inspired than, for example, Tim Meadows’ evolution of his GOLDBERGS teacher into an earnest but struggling principal on SCHOOLED.

For a network which has been doing school-based comedies (remember, they are the offspring of family and workplace comedies) since the 1960s, ABBOTT ELEMENTARY harkens closer to the cast and attitude of ROOM 222 than the sophomoric antics of WELCOME BACK, KOTTER.  For anyone not familiar with ROOM 222, I couldn’t urge you more strongly as to find an episode somewhere.  Advance warning it’s very dated; the Afros, particularly on radical activist Bernie, are jarring.  But as a time capsule representation on how to capture its era, 222 is exemplary.  ABBOTT ELEMENTARY has similar ‘tude.

There were a lot of really talented people associated with SCHOOLED.  I was extremely proud of the role I played in helping to convert it from backdoor pilot to series order to series renewal.  It had two seasons to find its footing, which is a far longer rope than most others ever get.  It arguably had more support from its ABC supporters than ABBOTT ELEMENTARY had.  But the latter had more of a chance to be found by viewers, and even now the audience is the arbiter.  They’ve responded, and likely will continue to do so in record multiples.

The most encouraging news from this success is that a relatively unknown creative force can still find a path to true breakout success on a broadcast network in 2022.  How long ABBOTT ELEMENTARY lasts, whether or not there’s a truly profitable “back end” and what other shows can be launched behind hit remain to be seen.  To be sure, the overall ABC comedy lineup is still weak.   But it’s a start.  It will probably outlast Gardner, reportedly heading for retirement at year’s end.  Gardner has been around 45 years.  Here’s hoping ABBOTT can make it that long.