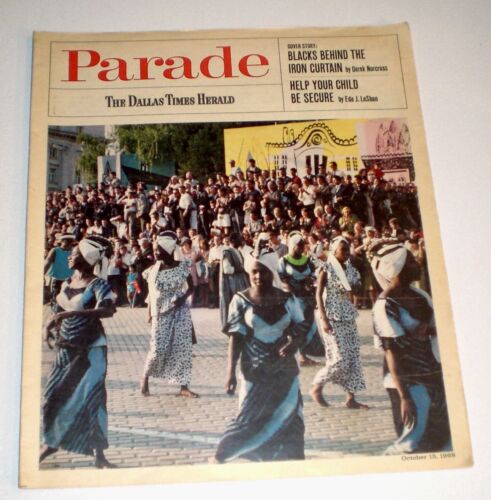 The news earlier this week that Parade Magazine, a supplemental Sunday publication carried in more than 700 newspapers for more than 80 years, was ceasing its print edition by Thanksgiving was yet another jarring reality check that the way I grew up consuming media is forever moving toward obsolesence, and the pace of Bataan death march toward it is accelerating markedly.

“Man you over their lookin at the monday paper, this girl over here is sunday newspaper thick”

As one of the most attractive human beings I’ve ever been blessed to know has a body type that objectively could be defined as such, I’clearly have been predisposed to loving thick Sunday morning publications.  As a teenager and young adult in New York City, I lived for the massive Sunday publications, one of my first paying jobs spending hours inserting the early editions of the main news sections into stacks of previously printed opinion and lifestyle sections, multipage color comics and, especially around holidays, several sections just of ads and clippable coupons.  It wes ritual for couples driving home from a night out to stop off and pick up these “bulldog” editions, even though like me they would get delivery of the same paper the next morning, with the late sports results the only significant difference, 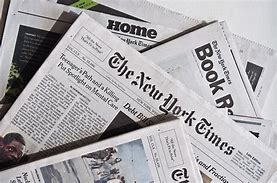 And of all of them, the Sunday New York Times took on a life of its own with the depth of passions of its followers, and it made me almost relieved I wasn’t alone with my love of it,  In 2015 several prominent columnists celebrated the September 13th edition which weighed in at a hefty 5.4 pounds, significantly heavier than that of recent years.  According to a piece written (ironically) in the Washington Post shortly after that tome hit the stands, an informed insider provided details of how giddy Sunday Newspaper Thick lovers were that day:

Yesterday morning the Erik Wemple Blog went out the front door and surmised that the New York Times delivery person had erred: There were two big blue bags on the entry, rather than the usual one. Further investigation revealed that the bundle was just too big for a single bag. So we grabbed a rubber band, bound the whole thing together and placed it on a food scale: 4 lbs., 13.4 ounces.

“I’ve been at the New York Times for 40 years,” says Nick D’Andrea, the newspaper’s executive director of production, “and when were were putting this together, a lot of us who’ve been around a while were talking about the golden years when we were putting big papers out.” One of those “big papers” hit the street on Sept. 14, 1987, a New York Times edition that weighed 12 lbs. and presented 1,612 pages. That’s according to the Guinness Book of World Records. “There was an army of people” working on that record-breaking newspaper, recalls D’Andrea, who worked at the time in the Times’s mailroom — which, in production parlance, is the place where the newspaper is pieced together section by section.

And yes, someone actually kept copious records at one point along the way.  Between August 2004 and August 2005 a Josh Madison tracked each Sunday NY Times’ weight and documented it for posterity.  His acutarial recap:

Knowing there have been numerous cutbacks over the years, including a standalone sports section chock full of stats and a separate TV weekly book (which have all but disappeared from any newspaper, BTW) and curious about where things now stand since I’ve noticed that even this time of year there was only one bag wrapping the New Season edition, I decided to emulate Madison and check the weight of this morning’s Sunday NY Times. (Qualifier:  I live in Los Angeles these days, which historically hasn’t carried all of the editions distributed in New York)

Just like me, The Sunday NY Times is at its lowest weight since it was a kid.  Except the Times goes back more than 160 years, and at time when printing anything was a challenge.  I don’t go back quite that far. 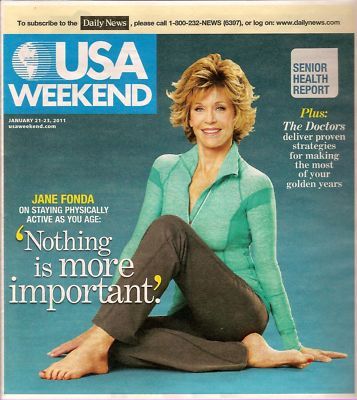 Yet this is a grim reminder that not only are we seeing Sunday morning habits change forever, but it’s a continuation of what may likely be the death of print journalism entirely.  Parade now joins USA Weekend as a casualty of the supplemental magazines that were a staple of plenty of papers beyond the Times.  Many newspapers no longer print every weekday; I’ve personally been to Tampa and Portland in the last 18 months, where they have suspended midweek editions that used to be full of supermarket ads not all that long ago.  I’m sure those of you reading this elsewhere can add to that list.

When box scores began to disappear from the Times shortly before the pandemic began,  and then did not return at all even when sports resumed, I “polled” people on social media if they were as bothered as I was.  To my surprise, it was confirmed that even people of my vintage had given up their print passions long before this; indeed, many had stopped getting print editions of anything at all.  I’m not quite there yet; arguably, I’ve got more time on my hands of late than I would like.

And yes, I find a zen and tranquility, as well as a bit of nostalgia, in being able to open the New York Times Sunday Magazine and finding a fresh, challenging Sunday crossword to tackle, and yep, I do mine in ink.  My grandmother started me on that practice; indeed, she was a Sunday Times fan going way farther back than me.

She’s long gone, of course, but at least I still have the weekly puzzle, as well as the Acrostic she also loved, although that’s now an every other week thing.  But at least they’re both still around.

Sadly, the person who inspired Sunday Newspaper Thick is gone from my life, likely permanently.  On Sundays like this I can at least indulge my sorrow with what’s left of the remaining papers.  Call me old school, but I sure hope I don’t outlive Sunday Newspaper Thin as well.