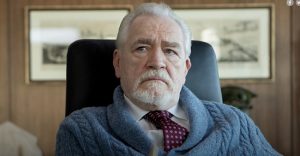 I’m proud to say that I have been a fan of HBO content for a majority of the 50 years it has been in existence.  And for as much as Netflix and Chill may define our current times, “it’s not TV, it’s HBO” established the gold standard that Netflix now lays claim to.

HBO was the first cable channel I was able to watch regulalry; in a cable-less Queens in the 1980s the channel was offered on a stand-alone to my parents’ apartment.  I made Thursday nights my wash night, bringing my laundry over and eagerly awaiting the weekly episode of Inside the NFL.  Thr granddaddy of NFL highlight shows, Len Dawson and Nick Buoniconti became my weekly guilty pleasure–they’d occasionally even say “bullshit”.

Over the past five decades HBO has continully reignited itself and risen to new creative levels with each ensuing hit.  From the earlier breakthroughs of “Dream On” to the late 90s zenith of “Sex and the City” and “The Sopranos” straight through the “Game of Thrones” juggernaut HBO has continued to supply unique, epic content simply not available anywhere else and making it a necessity for anyone who is a fan of quality televison to subscribe to.

The past couple of years has seen unprecedented shakeout and challenge for this brand.  Internal strife at AT&T, the shuffling aside of veteran leadership and its integration into other corporate units such as Turner, plus the end of GOT, has made them as vulnerable as ever to losing relevance.  And then, appropriately, came “Succession”. 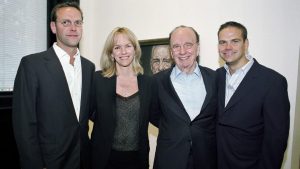 I had the privelage of living through and working with the unquestioned inspiration for this series, the Murdoch family.  Succession follows the business and family strife of a ruthless media magnate and his adult children desperately striving for relevance and love, neither of which is a given despite their billions.  As Logan Roy, Brian Cox defines the very epitome of paternal ambiguity, alternately bestowing praise and ridicule on Shiv, Kendall and Ronan, de facto dopplegangers of Elisabeth, Lachlan and James.  I love the fact that the fictional family is as spot on as they are, and I love even more that an archrival of both Fox and Disney owns the platform that airs them.

When I had the opportunity to work closely with the Murdochs I met many of the architechts of their British and Australian tabloids who made the move to the U.S. to infiltrate North America with their unapologetic genius.  One of them gave me this pearl of insight–“There are only two kinds of emotions any of us give a shit about, mate.  Those that make you wish they were happening to you and those that make you damn they aren’t. “.  Given what we’ve endured the last couple of years, that insight is practically prescient.

“Succession” is by no means the only reason HBO is still best in class.  There’s “Curb Your Enthusiasm”, another must-see series for Leblanguage which debuts its 11th neurotic season tonight.  “Last Week with John Oliver” is lit-rally the funniest and most inisghtful half hour on any screen today.  And there’s newer shows that I embarassingly have yet to see, such as “Insecure” and “Mare of Easttown”.  And many others that I know I am leaving out but will likely see soon.

When HBO and the still-fledgling HBO Max are combined, they actually won more 2021 Emmy awards in total than did Netflix.  And with the questionable metrics in force everywhere it is arguable that shows like Succession, released on a downright Luddite one episode per week basis, are capable of getting more different people to a screen at a given time and night for an hour or so of entertainment than anything that is dropped in toto on a Thursday night at midnight,.  There is still something special about anticipation; even though watercoolers are essentially virtual there is still much to be said about waiting for abother course rather than an all-you-can eat buffet.  If Netflix were a meal, it would be a Las Vegas buffet.  If HBO were a meal, it would be a tasting menu.  Guess which one is more elegant?

50 years from now who knows if there will still be an HBO or, for that matter, even any linear television.  The likelihood is I won’t be around to know it.  But if our children and grandchildren have any capability of perspective they’d be wise to study how and why HBO became a cultural phenomenon that arguably created the media world we now exist in.  I hope they may find this musing worthy of inclusion in their history lesson, a reminder that greatness is only possible when the inspiration of succession drives it.