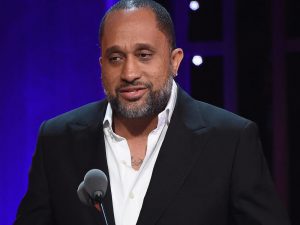 As the entertainment world and fans of BLACK-ISH say goodbye to this show tonight, I’m reminded that I came late to this party, and it was only at the personal request of the show’s creator that I did.

The last time I attended an in-person convention was three winters ago, and as someone who played a role in its planning I was invited to a special “closed VIP” luncheon where we “big wigs” got alone time with a prominent guest speaker.  This year Kenya Barris, the creator of the show, sat down with one of my favorite business colleagues to discuss the show, its origins and how he developed the vision for it.  At the time, I had never seen a single episode of the show, but, heck, that free lunch thing got me every time.  So I showed up early and got a front-row seat.

As it was a research convention, my colleague attempted to shift the dialogue toward his praise of information from his fans and audience in helping guide his choices.  Politely and intelligently, Barris counter-punched by saying something to the effect of “any good creator should always have one ear aimed outward to listen to the voice of his fans, but the other should always be aimed inward to listen to the voice of his head and heart”.  As he continued, I learned Barris and series star Anthony Anderson both led lives where they were successful leaders of Black families loved by their children and respected by their neighbors but inwardly at odds because the majority of their neighbors were white. 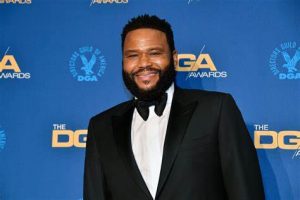 As Anderson reported in a recent interview, he was inspired when he’d point out to his son Nathan about the inspiration he drew having risen from a childhood of relative poverty in Compton (as in “straight outta”. ) Nathan pointed out to him that was HIS experience; he didn’t necessarily identify with him himself.  Barris, with a similar family situation, concurred, and with that joint passion of personal connection and passion for a story they felt needed to be told, BLACK-ISH was born.

Initially a “:30” show with an advantageous lead-out position to the most successful network comedy of the 2010s, MODERN FAMILY, the show premiered to strong ratings. Some of my less evolved colleagues would sometimes dismiss the show’s success as an anomaly, snarkily referencing it as “Modern Black Family” when we’d develop switch pitches looking to place our pilot in that cushy time slot.  Having the chance for Q and A, I asked Barris what his reaction to views like that were.  To his credit he said “It’s stuff like that that gets drowned out by what my inwardly aimed ear hears.  I know those views can’t be held by people who have seen the show or lived my truth.  Tell me, sir, are either of those statements true about you?”

Well, my mouth was shut, and I didn’t even finish the delicious salmon in front of me.

Later, I had the chance to privately apologize to Barris for the seeming ambush and he laughed it off, reassuringly adding “You think that’s the most ignorant thing I’ve ever been asked?  Actually, I’m impressed you had the guts to ask it”.  We chatted a bit more and I admitted I had a soft spot for Anderson, who I knew casually during his critically acclaimed guest arc on THE SHIELD.He admitted he was a huge fan of Anthony’s work there as well, and when he found out I worked for Sony his eyes welled up and said “Norman Lear is a big reason why I even got into writing in the first place.  I grew up on GOOD TIMES, and the Chicago ghetto story he told there was my inspiration.  If you have the chance to thank him for me please do so.”.  I did just that, and Norman confirmed his mutual admiration.  Norman asked if I had ever watched the show, and I sheepishly admitted I hadn’t.   In his typically blunt form, he countered “Well, why the f–k not?”.

I had no answer.  I also had no good reason to say I couldn’t.  BLACK-ISH reruns were available 10 episodes a week to broadcast stations, one of the few newer sitcoms made available to TV stations in recent years. So I committed to several weeks of my own research.  And I then understood why the show was nominated for so many Emmys, why Tracey Ellis Ross’ biracial matriarch “Bow” was particularly honored,why the kids in the show were so popular among younger Black viewers, so much so that Zoey’s story would be developed into a spin-off show, GROWN-ISH, which became a foundation and focus for Freeform, struggling then and now to find their own reason for being.

And I REALLY liked what I saw.

In recent years, particularly after being sporadically scheduled and shuttled around ABC’s schedule like a veteran free agent seeking playing time, ratings for BLACK-ISH have eroded to roughly a fifth of what they once were (Not that that’s not true for many other continuing series).  Arguably, GROWN-ISH is more crucial to the Disney family now, as Freeform continues to try and find shows compatible in audience makeup and quality to build around it.  Yara Shahidi has emerged as a talented, authentic voice of the generation Barris and Anderson were challenged to represent, and she fortunately will get the chance to continue in that role. Anderson and Ross have hinted they may show up from time to time in future GROWN-ISH episodes, so our lens into the world of the Johnson family isn’t quite shut forever.

But tonight the mothership sets sail for the last time, leaving behind a legacy of awards, compelling and educative storylines (frankly, I learned about Juneteenth from this series), daring to stand by and produce an episode about kneeling that ABC initially refused to air at the outset of the Trump presidency (which, to its credit, Hulu obtained and is now readily available in its library) and, yes, given its back-end sales and the franchise spinoffs still in play, definitely made Barris, Anderson and Disney substantial piles of green. 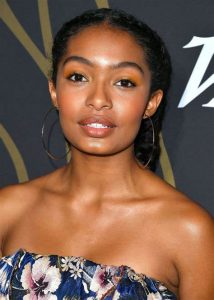 Because while success may be limited strictly to the black and white of ratings, Success-ish is a much more colorful and complex assessment.  Personally, I prefer the latter.

Kenya, I sure hope you, Norman and I might share some matzo ball soup in the commissary some day.  Thanks for opening up my eyes and pointing one of my ears toward my heart.