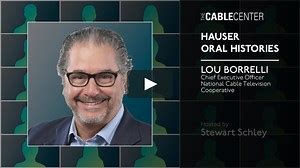 My esteemed fellow Oswego graduate Lou Borrelli, currently the CEO of the National Cable Television Cooperative, a consortium of thousands of smaller MSOs who are attempting to provide old-school TV and new-school bandwidth to dozens of hamlets, offered a wonderful take and sobering reminder of how little the media business has changed, only the majority of the people in charge of it.

Borrelli’s reaction to a Wall Street Journal piece by Benjamin Muillin and David Marcelis released earlier this week reflected the coolness and patience of an executive who has seen this industry grow and contract many times over the last four decades (links below).  Briefly, the WSJ piece uses data from a third party provider that tracks streaming subscribers, Antenna, to remind observers that while the pursuit and capture of active accounts is the goal of the billion-dollar efforts to feed the pipelines of originals that the myriad of nascent SVODs and AVODs need, keeping them is a whole ‘nother story. 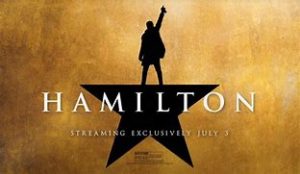 and WONDER WOMAN 1984, pivoted from their traditional theatrical release windows by the pandemic, to drive sign-ups.  In similar fashion, Apple TV+’s acquisition of the Tom Hanks movie GREYHOUND, and Peacock’s extensive coverage of last summer’s rescheduled Tokyo Olympics drove similar rushes to sign-ups.  But as the data in the piece showed, roughly half of new subscribers garnered within three days of the release of these tentpole movies were gone from their respective platforms within six months.  (Intriguingly, the six-month threshold on Peacock coincides with this week’s start of the Beijing Winter Games; effectively providing an opportunity for that service to be an exception),

In our “van down by the river” days, the likes of HBO and Showtime would frequently use the release of newly available movies to drive subscribers.  When HBO began to reshape American culture with the likes of THE SOPRANOS and SEX AND THE CITY, similar seasonal spikes were seen.  But anyone with access to Nielsen subscriber counts could see that in the months that encompassed new seasons of these shows there would be a similar rise and fall.  In industry parlance, we call this “churn”.

The major difference between cable churn and streaming churn is that while individual pay networks would see fluctuations, they maintained a water level via their acquisitions, which was refreshed with new titles every month.  While SVODs own their catalogues and have an even larger inventory to keep subscribers within their walled garden, those that have clawed back their titles from the likes of Netflix and Prime Video don’t refresh their baselines.  There are only so many times even the most fervid Disney loving household can rewatch Frozen.  And for the MSOs, they offered packages of channels that were more consistent or necessary for a fixed rate.  Satellite providers like DirecTV would lock these subscribers in for years by offering significantly discounted subscriptions that expanded upon these pay channels to include time zone and genre-specific iterations. 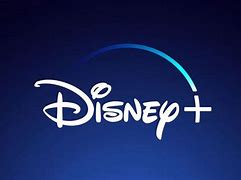 is attempting to create a smaller version of this multiplex structure by offering Disney+, Hulu and ESPN+ for a bundled price that will soon be lower than Netflix as a standalone.   It’s a good start, and is a significant step that may be playing a huge role in keeping Hulu from complete extinction.  All three services are committed to refreshing with increased original content that will provide some collective protection against churn.

Sports, while a niche, has always been a buttress against churn, with the assurance of a new season providing a necessary refresh and siren’s song for subscription renewals.  When I was part of the FOX cable team, I was frequently recruited by those who sold the rights to the regional sports networksto commission research that would support trench warfare efforts to optimize rates.  Those discussions frequently took place on the cusp of the start of the season or right before the stretch run to the playoffs.

But the very technology that would theoretically drive demand for content is educating customers to be less passionate about it.  Generationally, sports fans are content to see snippets of games, or even highlights on social media, to feed their fanaticism.  Those that care only about the result have neglible interest in the process.  And if said interest is temporal, then churn is inevitable.

We may be celebrating the Year of the Tigerwith the Lunar New Year beginning, but for Netflix that was two years ago.  TIGER KING was a driver for the kind of subscriber growth that made Netflix a darling at the outset of the pandemic. TIGER KING 2….nah. 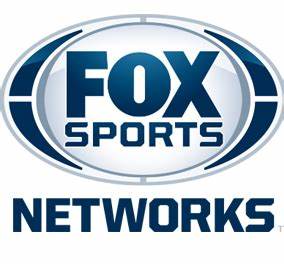 Borrelli proposes that bandwidth providers go back to the future and offer subscription bundles for streamers that could give consumers some control of the decisions to churn or not to churn in exchange for discounts.  It’s a fascinating concept, but I have to respectfully take a less bullish attitude on it.  My sense is more people want the ability to make up their own minds on when and how they can receive a service, if at all.  That not want to be the answer content providers want to hear.  But it’s a question that bears asking.

My hand’s in the air to help that questioning process.  And I promise to wipe the excess butter off of it,

Disney+, HBO Max and Other Streamers Get Waves of Subscribers From Must-See Content. Keeping Them Is Hard. – WSJ (ampproject.org)