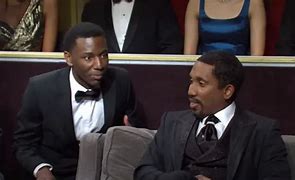 After the news cycle of the last couple of weeks, the return of Saturday Night Live to original episodes this past weekend was especially welcomed.  I look forward to new episodes with eagerness and anticipation, and I’m not alone.  Last year, SNL was the most-viewed network program among young adults in same-day viewing, and it wouldn’t be shocking if that happened again.  Despite airing outside of prime time (though in the Pacific time zone where I live, it does air live, which has helped reinforce those numbers), SNL maintains a unique position in today’s media landscape in being live, satirical, culturally relevant and needing to be consumed as close to real time as possible.

SNL is another show that has been around for most of my life, and one I literally came of age with.  My first summer job was being a foot messenger in midtown Manhattan where I frequently delivered two inch tapes between tv networks and post production houses.  My supervisor was a womanizing would-be mobster who was far more interested in having four-hour lunches with mistresses in nearby hotels than he was policing a chubby kid who schlepped packages on subways frequently lacking air conditioning.  So for a TV geek that often had to deliver tapes directly to offices adjacent to studios, this was the ultimate access opportunity, and there was far laxer security back in those days.  Besides, I hardly looked threatening at the time. 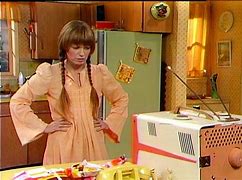 So I had free reign to wander the halls and hang around longer than I otherwise should have on my company’s dime.   That summer being its first, original episodes aired.  I got to see rehearsals with the iconic original cast  and a young Lorne Michaels calling the shots.  A page noticed my enthusiastic and frequent appearances in the rafters and rewarded me with two tickets to a dress rehearsal  (these days, one needs to win a lottery to get those) featuring Louise Lasser, starring as tortured suburban housewife Mary Hartmanon the groundbreaking comedy soap opera of the same name.  The character was known for her pigtailed wig, replicas of which were given to all the audience members for a gag shot Michaels wanted for her opening monologue.  My buddy and I caught glimpses of ourselves on the monitors.  We looked like drag queens with acne.  Thank goodness were weren’t at the actual broadcast.   The possibility of a screen shot like that emerging is most daunting.

In college, most Saturday nights for me either ended early or never occurred, meaning SNL was the highlight for me.  The partygoers would stroll into our dorm’s TV lounge while myself and the other losers would already be in our robes, inevitably stopping in to chug a beer or two during Weekend Update or a particularly noisy skit.  The beauty of SNL is that the laughs are real and reinforcing and produce immediate reactions.  These days, those reactions are via social media or online.  To its credit, NBC does not embargo video clips of the show, meaning that opening monologues are available online before the show ends.  It is regularly among the leaders in social interactions.  Viewers pass immediate judgment on skits in real time, and positive reviews drive digital traffic.  Co-mingling that engagement and connected screen viewership, SNL is arguably the most engaged live entertainment program in the country today. 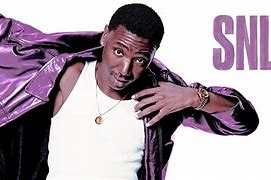 Frequently, the satire is on point even if the jokes may fall flat.    Jerrod Carmichael’s monologue where he references coming out on his HBO special was both humorous and brave.Weekend Update is as funny today with Colin Jost and Michael Che as it was when Chevy Chase, Dennis Miller, Norm Macdonald, Seth Meyers or Tina Fey held court.  But this week, my personal favorite was an otherwise flat sketch featuring Kate McKinnon hosting on a game show parody called IS MY BRAIN OKAY?

On the show, three Gen Z contestants compete to answer questions that “you knew the answers to before the pandemic” to test what they know as life supposedly reemerges.  The comedy was mined from the social anxiety the contestants displayed, laughing nervously at even the thought of interacting with another human being.  When Carmichael’s character stumbled upon the one correct answer between the players, he was declared the winner and was offered a trip to Maui or more time sheltered in place.  His reaction:  “Well, my apartment of course!!”.

From the reviews I saw, most people didn’t laugh.  But I cried, and I’d offer that a reason many did not laugh was the very essence of satire.  Because it hit too close to home.  Yesterday I wrote about being alone and facing a world where we are being repeatedly asked to “stay safe” while news of increase transmission of BA.2 and the availability of a second booster shot dominate the headlines.  Whenever I see an example of one of these younger people hurriedly avoiding me with sad eyes hidden behind an N-95 mask literally epitomizing fear, while I try to be as understanding as desired the site of such judgmental people just sets me off to the point of exasperation.  The skit is a reminder that a generation that grew up looking down at their phones and texting people in the same room is now at the forefront of the kind of behavior that, from my vantage point, threatens the very restoration of a physically interactive society.  By shunning even the chance for their smiles to be seen, assuming they are, and embracing a world when a metaverse of avatars looms, to me it seems almost impossible to understand.  Why WOULD anyway WANT to live that way?

I haven’t been back to SNL’s audience yet, and I am acutely aware it’s a difficult ticket.  But I’m gonna put it out there.  I want to be there once more, I want to be on camera and I want to party in the streets of New York afterwards.  No wigs.  No masks.  No excuses.  Join me?