One of the joys of working in entertainment if you’re actually a fan of it is if you’re lucky you get to work with some of the most enduring intellectual properties that can be found in any industry.  Few studios are as rich in IP as Sony, with rights to decades of Columbia Pictures movies and TV shows and the ability to remake and reimagine them.   IP is exceptionally valuable in the era of streaming.  A familiar title and/or world is far easier to promote and make people aware of, particularly when it touches nerves of connection instilled in childhood. In the case of THE KARATE KID, Columbia hit lighting in a bottle with its original incarnation of movies, incorporating the study of martial arts and zen into the world of struggling, though attractive, San Fernado Valley teens.  Through the brilliant acting of Pat Morita, who the world learned had range far beyond that of one-liners on HAPPY DAYS, the parables of his character, sensei Mr. Miyagi, have endured in pop culture and memes long after the movie franchise had faded out, and even endured past an ill-conceived 2010 remake that attempted to place Jackie Chan as the lead in a similar, but differenr world to that of the original movie.  Despite his casting, and that of Will Smith’s son Jaden as the prodigy, it was a box office dud.

Leave it to Josh Heald, Jon Hurwitz, and Hayden Schlossberg to right this wrong.  These three filmmakers are all passionate fans of movies and TV, and realized that we were in love with the specific characters and “Miyagi-verse” that we came to know as younger people.  So the small fact that Pat Morita had passed away served as inspiration, rather than impediment, for a series that returns us to this world.   The COBRA KAI these three students of pop culture created from the sandbox of KARATE KID returns us to the world of these characters and indeed the Valley, decades later and rich in irony. The series presence was irresistable.  Set 34 years later, Cobra Kai continues the original Karate Kid saga.  In particular, it re-examines the “Miyagi-Verse” narrative from Johnny’s point of view, his decision to reopen the Cobra Kai karate dojo, and the rekindling of his old rivalry with Daniel. Ralph Macchio and William Zabka  reprise their roles as Daniel LaRusso and Johnny Lawrence.

If you were wondering what Ralph and William had been doing for the last couple of decades, you weren’t alone.  After a flurry of teen idol roles and fan magazine popularity gleaned from the countless teen girls that drooled over them, Macchio and Zabka’s respective careers had become stagnant.  Macchio did a year of DANCING WITH THE STARS.  Zabka made a cameo in HOT TUB TIME MACHINE.  Both guested in HOW I MET YOUR MOTHER.  And they yearned for better days.

So the premise of COBRA KAI that now sees a 50-something Lawrence in full-on mid-life crisis, and LaRusso now part of the Encino elite he dreamed of being a part of, is both comfort food and mirroring the career trajectories of its leads. And when Lawrence decides to reopen his dojo after he defends a neighborhood youth, he gets to tap into the memory and inspiration of Mr, Miyagi, who lives on in spirit through his determination to keep fighting, if only with honor.

The series was critically acclaimed, an upbeat yet poignant reminder of past success, present future and future hope.  It was especially loved by the creatives I worked with, and was chosen as one of the first scripted series initiatives by YouTube.  Sony/Columbia has a history of aligning with insurgent networks and platforms, free to negotiate with almost anyone and not bound by corporate predispositions and think tank philosophies that have resulted in a dramatic version of FRESH PRINCE OF BEL AIR on Peacock and an attempt to resurrect HEAD OF THE CLASS for HBO Max.  COBRA KAI was way more successful than that. 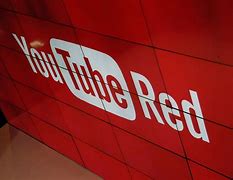 Trouble was, Sony (and I, at the time)had a lot of trouble proving it.  COBRA KAI’s first seasons were mostly hidden behind a pay wall that YouTube believed would be a gateway for an SVOD portfolio that would rival Netflix’s.  But without a library of other movies and shows to support it, and grafted onto a platform that champions user-generated video that’s mostly free, there was little data we had to suggest that in spite of the immense failure of YouTube Red COBRA KAI was indeed a hit.  But we did have strong qualitative metrics, and what we were able to glean suggested that the series had relative popularity to the obscure and rejected platform that housed it.

So with the tenacity of the characters that it chronicled, Sony fought doggedly to find the show a new home when YouTube decided to abort their scripted series strategy.  A third season had already been produced when Google abandoned it, and we used it, plus the well-received plot twists of its second season that saw the return of Martin Kove’s villianous character to the Miyagi-verse, to lobby anyone and everyone who’d listen.  Netflix bit, and after protracted negotiations it found a new home there, just before the pandemic shut down the world.

An awful lot of Netflix-and-chillers watched the series in lockdown, and when season 4 dropped at the end of 2020 it filled an appetite for new and anticipated content that few other producers could fill at the time,  And when that fourth season premiered, in a world mostly devoid of original broadcast TV COBRA KAI opened as, simply, the most-viewed series in the United States, and had substantial popularity elsewhere as well–at least, based upon what Netflix chose to share. 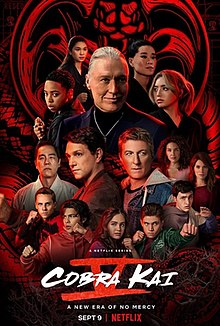 So it’s particularly significant that Season Five premieres today, on a service that has been rightfully maligned for putting an expiration date on its series that more often that not preclude any series from exceeding three or four seasons.  Technically, it’s only the second under the Netflix banner, so perhaps calling it an outlier is a tad premature.  But at a time when its competitors are thrashing it out for global domination with nine and ten-figure investments in worlds of history and fantasy Netflix’s releasing of a proven success with more comic overtones,that centers around a world sometimes all too real is classic zig-when-they-zag strategy.  And proof positive that if you have the right chops–or chopsticks–you can indeed accomplish anything.