During the earliest days of the pandemic when I was being considered for open positions I had a few occasions when I was being vetted by the team I would theoretically take leadership of, under the watchful eye of the department head who had I had impressed enough to get to this point.  Of course, this was all being done on Zoom, and I was still struggling to get familiar with the bells and whistles of the software that would optimize background, lighting and other functionality.  But I was apparently more adaptable to virtual work than one of the younger folks on the call. 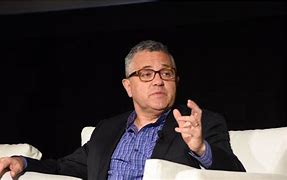 When asked by the department head to explain a point he had made about one of the network’s recent accomplishments, he admitted that the deck he would need to reference was in another room.  The department head asked if he could go get it.  After a few moments, he sheepishly admitted “Well, I’m not wearing pants right now”.   After a few uncomfortable giggles, the department head said “You know, you can cut the video and take care of that if you’d like”.   The underling pleaded ignorance to knowing he had that option.  Since the department head has since left the company, and that job went in another direction anyway and I never worked there, I have no qualms about sharing this.  Besides, I can’t remember the younger person’s name anyway.

I bring up this anecdote not merely thankful this particular person didn’t take any deportment lessons from Jeffrey Toobin.I bring it up because the fact that there’s gonna be an actual in-person convention that I’ll be proudly attending next week is that much more special in a climate where in mind-boggling, draconian fashion health czars and medical professionals plead, beg, cajole, guilt and threaten to mandate the reinstatement of lockdowns that created a situation where the mere act of a business meeting could create environments where people felt no need to cover their genitalia.  (And, in Toobin’s case at least, thank God he wasn’t MY colleague). 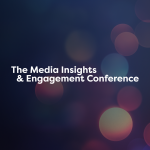 The Media Insights and Engagement Conference may not be as big a deal to many of the brilliant pundits, decision-makers and hucksters that will converge upon the Grand Hyatt in Nashville over the next few days.  I strongly suspect those with families, loved ones, paychecks and responsibilities are less giddy about all this than I am; indeed, given the worrisome mood of both the economy and infection rate trends as we head toward Memorial Day the timing may be somewhat of an inconvenience.   Proms, graduations and oft-postponed weddings are hanging in limbo in many cases.  The political arguing is reaching white-hot intensity, if not regarding protocols certainly involving right to life and race.  It’s a very tense time to be alive, I get it.

But as the rare anti-unicorn who simply has had to grasp at straws for purpose and connection from anyone willing to listen or connect, even fleetingly, this convention is coming at a most necessary time.

After more than two years of occasional social media shutouts, unheard conversations, hurried and often misspelled e-mails and countless robotic wishes to be well, be safe and even prayers, we’ll finally have a chance to sit in rooms and hear intelligent discourse, lively debate, occasional snarks and, equally as importantly, be able to look each other in the eye and see something besides an image on a screen with a superimposed name under it.

More than 60 people will be addressing rooms large and small, some on their own, some as part of panels, to longtime friends and brand new acquaintances.  We all share a love of our industry.  Some of us share the same passions for certain sports, movie franchises, reality shows or boy bands.   Many of us haven’t seen each other in at least two years.  We may have a few new gray hairs, a few extra pounds or a few more wrinkles.  Sorry to say, if I’ve done anything right I’ve gone in the other direction physically.  I honestly can’t wait for you to see me.

I’ve attached the list of speakers who will be, just like the old days, providing the insights and engagement that will provide the foundation for this gathering.  I personally will try to see as many of them as possible, schedules permitting.  The very fact that these folks care enough to schlep to Tennessee amidst all this insanity and share their knowledge is reason enough they should be applauded.   In fact, if they’re inspiring, many will get a standing ovation.

I assure you I will be wearing pants, albeit a smaller size than I used to wear to these things.

Regardless of whether or not you are clothed at all as you read this, I encourage you to salute all of them, as well as the team I’m fortunate enough to be working with who are staging this conference.  God, I’m truly hoping people show up for real and, dammit, I’m quadruple vaxxed and sanitized, so I’m exceptionally hopeful they will be occasion for a few sincere hugs.

It’ll sure beat what the last couple of years has been like.

See y’all in Tennesse, I hope.