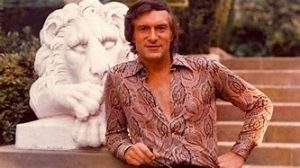 A&E premiered the new documentary series SECRETS OF PLAYBOY earlier this week.  It had been promoted for weeks and given some of the people I’ve been blessed with knowing of late I had more than a passing interest in seeing it.

Apparently, I wasn’t alone; the first two episodes reached over 1.4 million viewers in nearly inconsequential live-plus-same-day ratings, the network’s best overnight performance for an original documentary since 2019, and the amount of publicity being generated by the allegations and responses of the particpants and those that now run the company is significant.

I’m not the least bit surprised.

The project is executed emotionally and dramatically with the stories of several who lived in and were in the orbit of Hugh Hefner during the roughly 40-year span from the mid-60s to the mid-oughts where the brand redefined sexuality, morality, freedom of expression and attracted the elite of every profession–music, art, sports, politics–to offer their thoughts in The Playboy Interview or, better yet, enjoy a party at The Playboy Mansion,  Hef, in his ubiquitous silk robe, smoking his pipe, driving his European sports cars and perpetually in the company of surgically enhanced, phenomenally attractive, typically blonde friends, was the living billboard for his brand. 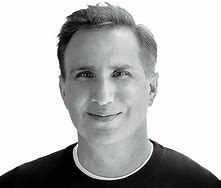 Many of the women who participated in the first episodes were themselves models and playmates who told stories of how Hef cajoled, exploited and even threatened them into being a part of his perpetual party, even offering theories on his rejection by a long-lost teen crush being the impetus for his perceptually insatiable desire for wine, women, song and M and Ms.  They are almost all over 50 now, still exceptionally attractive and well-spoken, but no longer part of a world that rewarded them with fame and attention beyond their dreams.

As Hefner has been deceased since 2017, he is no longer around to tell his side as he often did as a frequent guest on such talk shows as THE DICK CAVETT SHOW, where he coolly debated even the most ardent feminists of the time.  In a world that has been dominated by #MeToo and caveat emptor storytelling in recent years, not only is the initial success of this series not a surprise, it was, in many ways, inevitable. 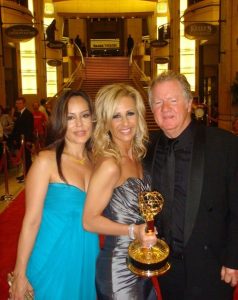 The brilliant management that leads the A&E family of networks, Paul Buccieri and Elaine Frontain Bryant are, like myself, ex-pats of Twentieth Television and the world of Rupert Murdoch and his disciples.I learned their secrets of success during my earliest days with the company from the likes of Ian Rae and Peter Brennan,  They were architects of such News Corporation tentpoles as the Australian predecesor to the US A CURRENT AFFAIR and the supermarket tabloid THE STAR.  I would typically hold court with them and my boss at a watering hole called THE RACING CLUB, which sat across East 67th Street across from FOX 5, usually after flying from LA on a redeye.  They would inevitably be deep in conversations and debate with several glasses of Bloddy Marys and half-drunk highballs in front of them.  At 9 AM.  I taught them numbers.  They taught me about people.

Brennan, who later produced JUDGE JUDY as well, was a particularly colorful Aussie with tousled grey hair and a cigarette perpetually in his mouthand Rae a more cherubic Aussie with half-rimmed eyeglasses and a perpetually red face that highlighted his prominent nose.  He was lovingly referred to as “Piggy” by the Murdoch team.   Any time one of them relayed Mr. Murdoch’s desires for insights from myself and my team, and I was naive enough to ask why,  they’d dismissively say “The Bawss Wants To Know”.

I would ask these genuises to help us defend tabloid journalism to our desired clients, many of whom ran television stations connected to print journalism companies like Hearst, Post-Newsweek, Gannett and Cox.  Brennan in particular pointed out “There are only two kinds of stories anyone gives a shit about, mate.  Those that you wish were happening to you and those that make you thank God they’re not”. 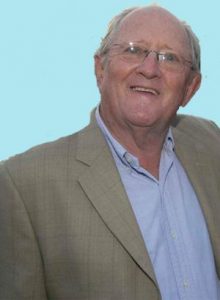 We also sought to rebut our clients’ claims that it appeared reporting was biased.  Rae would say that he would instruct his team to support their construct with the phrases “Sources say”.  We’d ask, “Who are the sources”.  He’d remind us “A reporter doesn’t have to reveal their sources”.  We’d reply “That may be true in print, but this is TV.  We need visuals to attract viewers”.  He would say “We’ll find someone who wants to sell a book.  Everyone either has one out or wants to write one.  That’s all you need for a source”.

Within the first five minutes of Episode 1 of SECRETS OF PLAYBOY we meet Jennifer Saginor, who tells her story about growing up with a room in the mansion and what she says she saw and what she was ultimately coerced into doing with Hefner and his girlfriend before her 18th birthday.  Her dad was Hef’s personal physician and a loyal friend.  Jennifer recalled that her dad would chide her that if she wanted to be in Hef’s orbit she should consider the types of enhancements that the girls she considered to be her cool aunts were getting.

If that story sounds familiar, it’s because Saginor wrote a book called PLAYGROUND: A CHILDHOOD LOST INSIDE THE PLAYBOY MANSION back in 2007 that documented all of this and more.

Would it be overly cynical to suspect she might sell a few more copies of it on Amazon this week?

You might be more familiar with Holly Madison, one of Hef’s more recent girlfriends who was a featured co-star of the E! series THE GIRLS NEXT DOOR between 2001-2008. Holly is the focus of the second episode.  Holly recalls stoically standing by Hef as she promoted the show with Hef, expressing her love and affection for him despite their significant age gap at the time. Seems that Holly wrote a more recent book, DOWN THE RABBIT HOLE, which is also now in the development process for a series at Sony.  Suspect her sales might see a spike this week as well

As Murdoch’s flagship network brags, we report, you decide. Here’s all I’m qualfiied and publically capable of saying about all of this,  I never spent a second in the mansion or ever met Hef, and haven’t yet met Madison or Saginor.  I have no reason to doubt their truths.  But I do have a dear friend who did briefly live in the mansion (as an adult) and did meet Hefner.  When I asked her about all of this, she pointedly said “I personally never engaged in any behavior with anyone there, including Hef.  What I observed was those that thought they could benefit from interactions willingly chose to do what they wanted.”

As a media executive in that era who personally observed similar behavior in venues far less controversial than the Mansion, I believe her.

As a caring friend, I hesitantly asked her if there was anyone she was ever even a little concerned about.  She breifly mentioned an encounter with Dr. Mark Saginor.

Yes, that would be Jennifer’s dad, referenced in the first three minutes of this series.

If you think I’m going to share any other details whatsoever, forget it.  Speaking Leblanguage involve rigorous honesty, but I’m not going to divulge anything that could personally hurt someone.  There’s only so much I learned from my Racing Club breakfasts.

I suspect if this ratings trajectory continues the possibility of a second installment of SECRETS OF PLAYBOY episodes exists.  There’s undoubtedly lots of stories given how many years Hef reigned as the de facto king of liberation.  It will strictly be up to my dear friend if and how much wants to tell the world.  Fair warning:  At the moment, there are no plans for a book.

Oh, BTW, kudos to Paul and Elaine and their teams for this success, which I further believe will grow with delayed viewing as this story and the balance of the series unfolds.  Two nicer moguls there have never been.   I’d love to celebrate with you.  And hope I can bring a friend along.  I think you’d like her.