As someone who has loved the music of Billy Joel since he was an angry young man, I can find inspiration in many of his lyrics and the many memories of being in person from numerous concerts of his I’ve attended in five different decades.  One of his most controversial songs was SOMETIMES A FANTASY, an unquestionable homage to phone sex.  When it was released at a time in my youth when that was perhaps my best option, its pulsating beat was often the soundtrack for numerous nights where any quest for companionship went for naught, and I quickly discovered I had neither the budget nor the patience for 900 numbers.

In a world that has since exploded with technolgical innovation and, more recently, sent many of us into our respective silos the concept of fantasy becoming the dominant theme of our existence is to me both fascinating and depressing.  There are many positives that can be found in fantasy.  For me, fantasy football and baseball are two such positives.  I am not alone; I am one of more than 40 million fantasy football players who religiously follow NFL games with an added level of passion knowing we have some skin of our own in the game.  This year was one of my successful yet.  After a year on the sidelines with all the mischagoss of 2020 that I dealt with, I made the playoffs in both of my money leagues.  In fact, I made the championship game of the league I have been in for nearly 20 years with several cherished former colleagues from FOX and, now, many of their children. 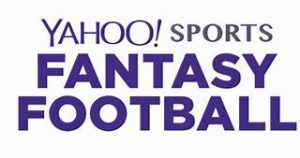 My nephew now is playing regularly as well; in fact, he gave me a hot tip on the New York Jets’ Braxton Berrios as a sleeper option for wide receiver. 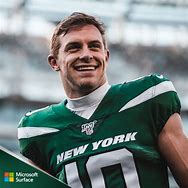 I took a flyer on him and on the team’s first drive he scored a RUSHING touchdown on a trick play.  It was one of the coolest moments I’ve ever had when my nephew and I texted happily that his recommend paid immediate dividends.  Things were looking good for me.  Alas, my key plays in the later game, the 49ers’ George Kittle and the Vikings’ Dalvin Cook, were hampered by both of their regular quaerterbacks being out, and my favored team yet again crapped out.  It was a fun ride, but it ended without a dime of winnings.

My league used to meet every year for an in-person draft, usually at Barney’s Beanery in West Hollywood on a Saturday morning, where we’d chow down on fatty omelettes and bloody marys and reveled in razzing each other’s picks.  We don’t do that any more; the pandemic and people moving away has essentially made that quest moot.   And that sadly mirrors so much else of our worlds that are becoming fantasy.  Phone sex has now been eclipsed by sites such as ONLY FANS.  Buoyed by pandemic isolation and some high-profile celebrity accounts it grew its user base to more than 120 million users and paid out more tha $3 billion to content creators as of spring 2021.

The site was rocked in August by a decision to severly cut back on the explicity of adult content after several major banks withdrew support and the approving of transactions from the site.  Backlash was vehement.  Not only were clients angry but much was revealed about the economic necessity of many of its providers to feed their families, particularly during lockdown.  By year’s end its CEO resigned and was replaced by its CMO  who has been active in developing a FAST channel which will feature more tame content and showcase such contributors as DJ Kahled, Floyd Mayweather, Jr., and Terrell Owens, among others.  Intriguingly, these celebrities represent passions and locations (rap, boxing, Las Vegas, football) that align well with the porn world.  It will be fascinating to see how this evolves as we yet again head into wider-scale isolation.

And, of course, even Mark Zuckerberg has doubled down on fantasy.  Already Facebook has evolved from a pleasant way to reconnect with long lost friends to a controversial aggregant of personal information and a megaphone for political lunacy and rampant scamming.  Now through its rebranding as Meta and the emphasis on AR, again amplified by Omicron concern, 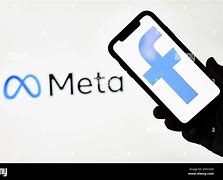 the platforn is evolving toward a woirld of avatats and virtual interactions.  The promotional video of an avatar version of Zuckerberg cheerfully conducted a meeting with the idealized avatar versions of his colleagues was both cheered by those who believe this is progress and mocked by others who believe this may be evidence that he’s lost his mind.  Once again, billions are at stake, and fantasy is at the heart of the appeal.

I’ve previously ranted on how absolutely debilitating the pandemic has been on the mere concept of human contact.  I’ve been resolute in keeping myself healthy enough and taking enough precautions to maximize my opportunities for being in a stadium, a movie theatre, an airplane at times when so many people I know have become petrified at the idea of them doing that and mortified by the fact that I do,  I’m stunned and inexplicably hurt every time someone I reach out to dismisses my desire to have coffee as “bad timing”; ‘assuring me that “we’ll get together after the pandemic”.  I feverishly want to believe there still is an “after”.  That said, more and more experts are beginning to acknowledge that we are in an endemic, not a pandemic, and that we will eventually have to readjust our expectations and, indeed, our lives.  Are we to basically bid farewell to any further contact?  Are we going to be content existing in a virtual world where we are reduced to 2-D experiences (or 2 1/2-D if you believe the upside of AR), doing everything possible to avoid getting within six feet of any human being we haven’t personally vetted yet?  If so, then the chance for you to cash in big on DFS, OF and Meta is high.  But I for one suspect it will be a pyrrhic victory,

Billy Joel had another hit called “New York State of Mind” where the chorus insists that “it comes down to reality, and that’s fine with me ’cause I let it slide”.  I can’t wait until I can have coffee with someone from my league (or even someone from the Only Fans world?!??!!) and see them agree.  Food for thought.