In the business world, in many companies today is New Year’s Eve.  Fiscal years are ending today, halftime results for the calendar year are being tallied and, in  the few healthy companies, a chance for a victory lap just before a long weekend.

Hardly the case in many media and tech companies.  In the past ten days alone, hundreds of layoffs were announced at Netflix, CAA, Coinbase, Tesla and elsewhere.  In the coming weeks the likelihood of imminently more at Warner Discovery and Lionsgate loom as the selloffs of legacy business units continue.

And it all comes down to one basic reason..  Fewer people want or can afford what they’re offering.

Nowhere was this overly simplistic summary of why, despite the hopeful chants Sleepy Joe and company continue to propogate that the economy is strong and jobs are plentiful, media companies are floundering can be seen in the summary of an excellent piece from friends at Whip Media, as reported in Variety! earlier this week.

Netflix customers seem to have a love-hate relationship with the industry’s biggest subscription streamer.

Netflix remains the most indispensable service among major streaming platforms, with 31% of U.S. members saying they would keep the service if they could only have one video subscription, according to Whip Media’s 2022 Streaming Satisfaction Report. In second place is HBO Max, with 19% saying that’s the single SVOD they would keep. In addition, Netflix ranks No. 1 for both user experience and content recommendations on the survey. But on perceived value, it comes in dead last among the nine subscription VOD services tracked; HBO Max ranks highest and Disney+ is in second place.

Even as Netflix held the top spot in Whip Media’s 2022 survey as the single must-have service, it dropped 10 percentage points compared with the company’s 2021 survey, while HBO Max and Disney+ both made gains from last year.

HBO Max, now part of Warner Bros. Discovery, leads the field in terms of overall customer satisfaction, with 94% of respondents saying they were “satisfied” or “very satisfied” with the service. Netflix, which ranked second overall in 2021, drops to fourth place this year (with 80%) behind Disney+ (88%) and Hulu (87%). Apple TV+ made the biggest gains in customer satisfaction in 2022, climbing 14 percentage points to 76%, jumping ahead of services like Prime Video, Peacock and Discovery+, per the study.

What’s particualarly significant about this is that this reflects as level a playing field as we’ve been able to yet measure in this space.  Any comparisons between 2021 and 2020 were colored not only by the unique landscape of the early part of the pandemic, but also the ongoing rollout of the newer services.

So yet again it’s crystal clear that there’s way too much choice for not enough people.  For decades Nielsen would produce a study on linear TV networks alone.  Year afeer year the number of channels available in each household would grow, sometimes exponentially.  The number of channels that any individual would watch for 10 minutes a month rarely moved out of the 13-15 range.  Nielsen’s incomplete methodology, not to mention the almost limitless number of services now available well beyond these “big 9” , makes any such study nowadays moot.  But I’m willing to risk what little cred I still have to bet that number hasn’t changed.

Something HAS to give. 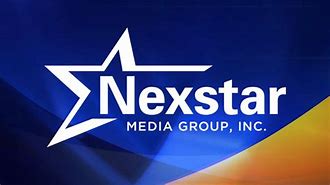 And we’re already seeing signs it very likey will.  On the broadcast side, the sale of a 75% stake in the CW to the parent of the station group that makes up its backbone, Nexstar, is all but done.  Numerous hits that made the network and its studios profits, and supplied many of the most popular series that Netflix benefitted from having in the late 2010s, have been cancelled.  Those series have predominantly been clawed back and splintered among the newer platforms, making them effectively library plays.   This fact, along with the price increase, has likely driven the dissatisfaction gains among Netflix subscribers.

The likely model for whatever becomes of the CW–and expect a rebranding soon–would be My Network TV, another failed attempt at a broadcast network largely backed by Fox-owned stations,  When their original business model fell on its face, they eventually pivoted to being a second or third window repository for library content.  No, reruns of THE FLASH might not be ideal for these stations, but what about YELLOWSTONE and its spinoffs?  What about AND JUST LIKE THAT?  Perhaps in conjunction with cable network siblings like the Turner networks, which have all but seen their exiting from original programming, HBO Max originals might be able to be monetized on these outlets, which would then serve as barker channels for the mothership?  That strategy has worked for UFC; heck, even ABC aired prelims (for the first time) last weekend. 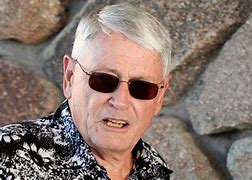 Where there might be opportunity for growth is the impending selloff of Starz by Lionsgate to investors that will include the likes of Roku, among others.  Yes, the same Roku that may be aligning with Netflix to supply the engine to power their desired move into AVOD.  Starz was the brainchild of cable scion John Malone, created in his role with Liberty Media as a hedge against the monoliths that were HBO and Showtime in the pay TV world of the 20th century.  Malone has recently spoken of the potential to align Starz with what he calls “free radicals”–content-rich legacy brands that would like Transformers be stronger as one than they are individually.  Among the lower-hanging fruit would be AMC Networks, A&E, and possibly Sony.  Put those libraries together with the distribution of Netflix.  You might then have enough to shift the next Whip Media survey back in Netflix’ direction.

And you’d be right if you thought–gee, that sounds like lots more jobs will be gone.

So to anyone who might be trolling this site and some recent past entries about my own struggles for employment let these facts sink in.  It’s a damn tough world out there.  People way smarter than you know it.  And people way smarter than many of those who are currently in charge deserve a shot at trying to make it better.

Both my hands are raised. ‘Cuz what CAN’T give is ME.