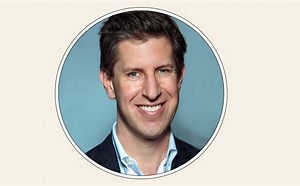 So ABC and CBS–er, Disney Media Networks and Paramount Global–actually did in-person upfront presentations this week just  like old times.  ABC, now under the expert leadership of Hulu czar Craig Erwich,announced only two new series for the Fall 2022 schedule, both brand extensions.  A weekly primetime CELEBRITY JEOPARDY and THE ROOKIE: FEDS will debut, and Wednesday will be reinforced with Tuesday uptickers ABBOTT ELEMENTARY and BIG SKY.  Otherwise, that’s about it as far as taking chances.   But at least with titles which include those of preexisting shows, their awareness tracking will likely be high, meaning the promotion team will save some face heading into the season.

Just six years ago, ABC was much more aggressive with launching several completely new series in the fall.  I was part of the team connected with devising launch strategies for one of them, a legal drama called NOTORIOUS.  You might not remember it; it lasted a mere nine episodes and was all but overshadowed by more impactful debutantes from that crop such as DESIGNATED SURVIVOR and AMERICAN HOUSEWIFE.  The strategy behind each of these launches involved nesting the newbies after established series either on the half-hour or in the preceding hour.  It was a playbook designed by then-scheduling czar Andy Kubitz, who had spent years learning that playbook from his fellow Wisconsin native Kelly Kahl, his longtime boss at CBS.   Andy was a transparent and cooperative business partner who cheerfully shared his optimism and vision over several expensive sushi lunches in Burbank, and could not have been a more enjoyable comrade in arms. 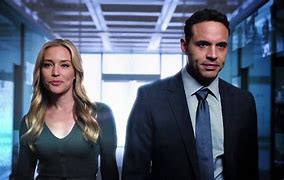 When you track awareness, the bottom line questions are have you heard of the show and do you intend to watch it.  From those simple variables, NOTORIOUS was looking promising.So in August, the studio was happy and believing we had another marketable hit.   But when it premiered, ratings were modest (well, no, they sucked) despite being dropped right in the middle of the then-dominant TGIT drama lineup.  It confounded our nervous marketing and programming executives and made its tempestuous show runner particularly agitated.   When we dug a little deeper, an uncomfortable truth emerged.  When we followed up and asked those who claimed they had heard of it if they could accurately describe an aspect of the premise or one of the cast members, they could not.  And as weeks went on and weaker episodes than the pilot aired, tbe disconnect grew.  Before Thanksgiving it was clear this was a one-and-done.

So with the fear of false positives and a far more challenging landscape, and with Andy long gone to Netflix, it’s almost understandable that ABC’s approach to this fall is, to be fair, conservative.

Now, in contrast, check out CBS.  Kelly’s still in charge there–in fact, he’s now the President of Entertainment.  But still a researcher and strategist at heart.  He took the stage too, along with Stephen Colbert,James Corden, a lot of talented actors and, on tape, Oprah.  And while they did not announce any new comedies, he did announce four new series, three of which haven’t existed in any form before.  The fourth, a reality spin on THE LOVE BOAT, will likely track highly in awareness; after all, it’s a title that’s been around more than 45 years.   Each of the debuting shows will indeed follow a pre-existing established hit and will be promoted in the hour leading in heavily.  It may be an old school playbook, but hell, CBS isn’t exactly Tik Tok. 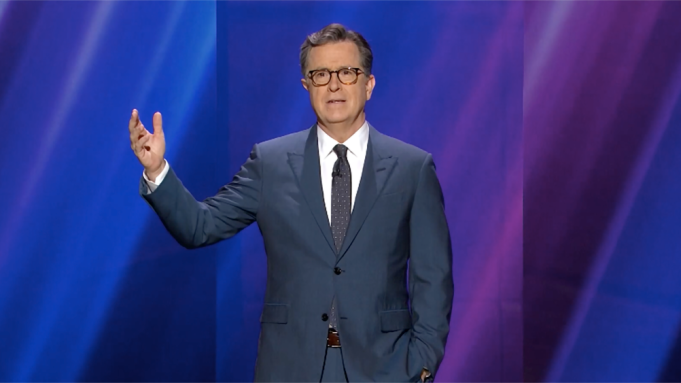 Their presentation was based around 60 MINUTES, which indeed skews old but is currently the most-watched show on broadcast television and has been around for 55 years.  Yes, the show itself now has aged out of the “target” demo.

As many snarked, the presentation ran longer than the desired length.  But that’s OK.  Kelly’s working on a 14-year winning streak as part of America’s most-watched network.  Initial awareness notwithstanding, he and his network win when it counts most.  I could note that’s better than the Packers have done lately, but I l like and respect Wisconites too much to do that.  And none of my teams have even come close to the playoffs of late.

So here’s to winning the regular season, Kelly.  Nothing notorious about that.