So yes, I indeed did watch the premiere episode of HOUSE OF THE DRAGON.  I thought it was at times riveting, at times overdone and I’m a far bigger fan of Matt Smith’s now than I was of his performance as Prince Philip in THE CROWN.  And feel free to laugh, I had no idea of his DOCTOR WHO pedigree, though after one scene where he thrusts mightily into a concubine I now know why many female fans of his drool at the sight of his torso.

From every screaming headline from both trade and mainstream press, I clearly wasn’t striking out on my own with my choice.  Every story has touted that this was by far the most-viewed premiere episode of any HBO series in its history.

One small problem:  We really haven’t established conclusively just how many viewers shared my experience, or, for that matter, eventally will.

Because of the lack of accredidation to Nielsen, the longtime de facto arbiter of such information, its continued inability to fuily measure streaming services, the episode’s ominpresence on HBO MAX and because of the hyper-competitive nature of challengers like Samba (who count MAX as a client), the detailed information on HOUSE’s success are, to be sure, confounding.  Indeed, its mere presence on a streaming platform concurrent with its linear premiere has made any direct comparisons to previous HBO shows moot, as none of them were immediately available online as much as this one was.

Look at how AP spun the news: Nearly 10 million people saw the premiere of “House of the Dragon” on Sunday night, making the “Game of Thrones” spinoff HBO’s most-watched series premiere in the network’s history. HBO aired the episode four times on premiere night and it was also streamed on HBO Max. The viewership number is only going to increase in the coming weeks. For instance, the “Game of Throne” series finale in May 2019 was seen on its first night by 19.8 million, more than any other series episode on HBO, the Nielsen company said. HBO estimates that some 46 million people in total have seen it, when delayed viewing is taken into account.

But as Forbes spun it, citing the Samba data, while it was relatively successful, it wasn;t quite as impactful:

Samba TV, an audience analytics company, estimated the episode reached 2.6 million households, and had the largest premiere of the year so far on premium cable or streaming.

House Of The Dragon’s premiere was larger than the same-day Season 2 debut of Euphoria, which HBO said reached 2.4 million viewers, and was also double the first-day numbers of the same-day viewership Season 4 premiere of Netflix’s Stranger Things, according to Samba TV.
And as Deadline later added, there’s still more caveats to the emptors of the Samba data: 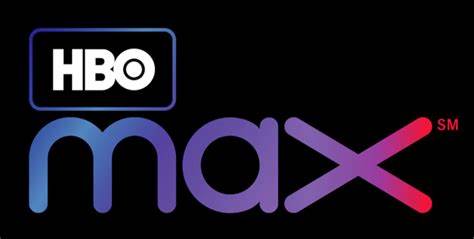 Note these are the first numbers were seeing for the George R.R. Martin Game of Thrones spinoff, and the figures HBO are releasing later Monday are bound to be higher. Samba TV doesn’t measure mobile, however, their sample includes a panel of 3 million terrestrial TVs, weighted to the U.S. Census. By contrast, Samba TV’s panel is nearly 100x larger than Nielsen’s household footprint of 45K homes. Samba clocked House of the Dragon viewing during its initial six hours, between 9-p.m.-3 a.m. ET on both traditional linear HBO and HBO Max.

In January, HBO said that the Season 2 premiere of Euphoria starring Emmy winner Zendaya pulled in 2.4 million viewers across all its platforms in its Sunday night debut, saying it was the strongest digital premiere performance of any HBO episode on HBO Max since the streaming service’s launch last May.

Note that same-day figure beats the HBO Max weekend coverage of some of the day-and-date theatrical movies during WarnerMedia’s experiment last year, i.e., Wonder Woman 1984 (2.2M in its first weekend), Dune (1.9M), Conjuring 3 (1.6M) and Many Saints of Newark (1M). But those figures excluded HBO linear as those pics only hit HBO Max.

And, of course, I watched it on Monday night, making me one of those delayed viewers that make up the majority of most any scripted drama these days, linear or streaming.  And there’s clearly no certainty what that number will reach after the industry’s new streaming “norm” of live-plus-30 days, particularly with a multiplatform launch of this magnitude. 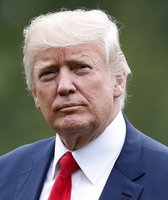 Perhaps the easiest way to conclusively qualify this perfmrnace might be the same way a certain orange-hued former leader of the Free World recently attempted to what-about the hoarding prowess of his predecessor:

“President Barack Hussein Obama kept 33 million pages of documents, much of them classified. How many of them pertained to nuclear? Word is, lots!”

So just how many viewers did watch HOUSE OF THE DRAGON?  Word is, lots!!

Yep, that sounds about as definitive as anything else does today’s media landscape.