On my fourth stiff drink of the night at the most joyous and needed Labor Day pool party I’ve ever attended the host (who holds his liquor better than me) asked me this ponderable: “Because of the world we’re in, have you ever met a hero of yours and gotten to them personally, and then disappointed by what you learned?”

Initially struggling for an answer, I gave it some thought on my sobering (and, fortunately, traffic-free) drive home, realizing a quiet Labor Day was ahead, and then the light bulb went off. 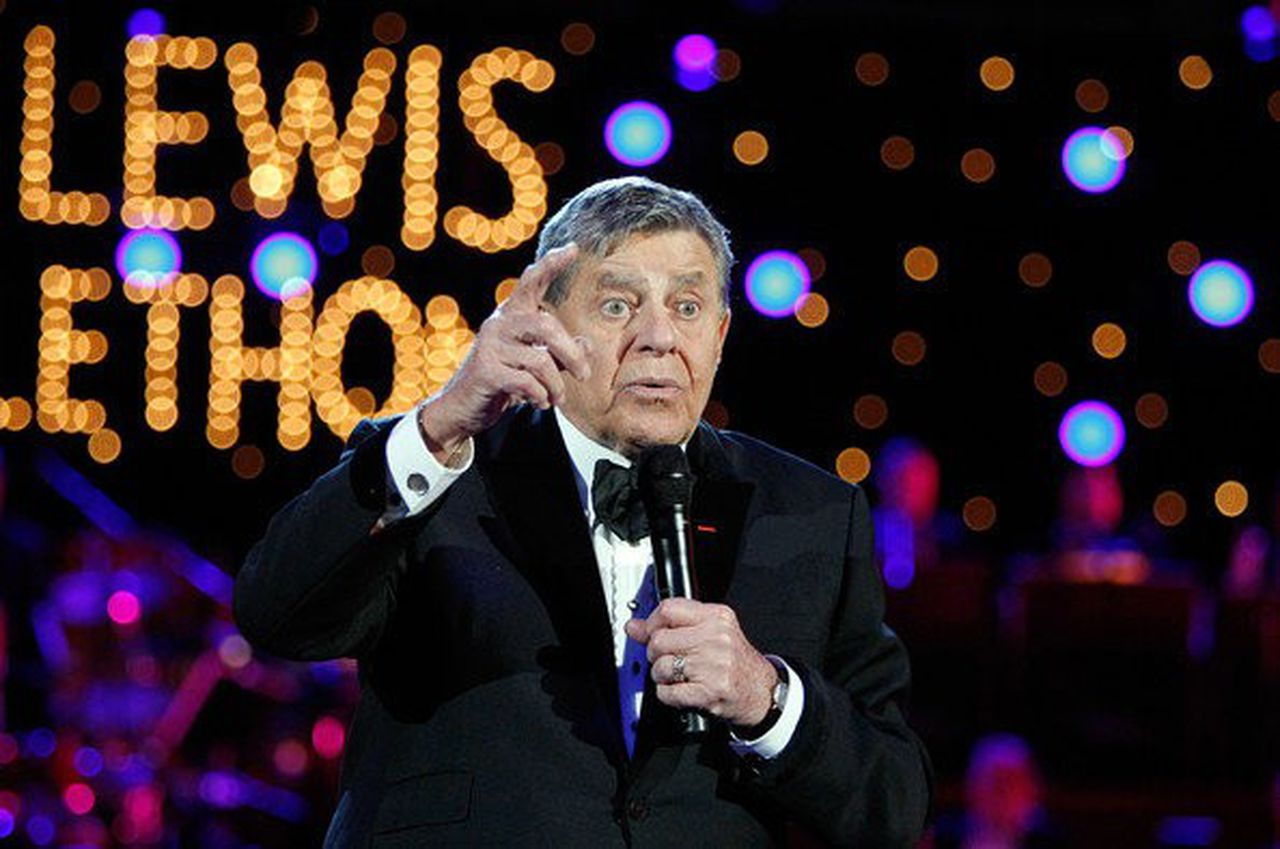 If you’re of a generation slightly older than Gen Z, Lewis and Labor Day used to be synoymous.  For 45 years, Lewis helmed over a 20-something-hour telethon to raise money for research on muscular dystrophy.  It was broadcast on a “miracle network” of hundreds of over-the-air TV stations, pre-empting regular programming and, in some cases, giving insomniacs something to watch.  In its most prolific years, Lewis would lord over the show from a venue in his adopted hometown of Las Vegas, calling in favors from fellow Vegas luminaries to tell a joke, sing a song and, on occasion, even take phone calls from eager contributors.  Long before CNN adopted the technique, the telethon would use a lower third scroll to give acknowledgment to pledges.  On a couple of occasions, my family would be acknowledged for a $5 contribution, It was a TV ritual that we eagerly looked forward to, and earned Lewis accolade as a humanitarian and the public face of MDA.  Whenever Jerry would wearily end the marathon by breaking down in tears rarely able to finish “You’ll Never Walk Alone”, we knew that he had raised tens of millions of dollars that WE helped him with, and that summer was about to end.  (Given this unprecedented heat wave, I kinda wish for that cool breeze right now).

Years later, I had the chance to know Lewis through a friendship with one of his sons.  Literally everywhere we went, this friend would exuberantly bring up some story about how his father would arrange to give him and his brothers some privilaged experience.  A tour of the White House,  Free rein at the NASA Space Center.  A job with the Dodgers’ merchandise expert that allowed him to see the entire 1974 World Series for free.  Etc.  Etc.  Let’s just say he grew up a bit better off than I did.

But on almost every occasion where he’d almost arrogantly share his entitled past, he would reveal more about the darker side of Lewis that was at that point all but tabloid whispers.  A volatile temper that would leave he and his brothers on pins and needles each night, not knowing if they’d be allowed to have dinner in the same room with him.  Serial infidelity that often drove his mom to tears.  Perceived lack of support for his desire to be a writer and producer just like dad.  Etc.  Etc.

So when I finally met the man, aboard his signature red yacht that for years was docked in San Diego’s Mission Bay and served as a getaway for him just prior to the buildup for the telethon when it was briefly relocated to Los Angeles, I was both intrigued and intimidated,  As a student of media and cinema, and a fan of comedy, one can’t not be overwhelmed with Lewis’ resume.  Not only was he an iconic comedian, even after his split from Dean Martin, but he invented the concept of video assist which ultimately allowed the same freedom of on-the-fly editing of film as one could produce on videotape.  To see Lewis as a director is to watch a master at his craft, 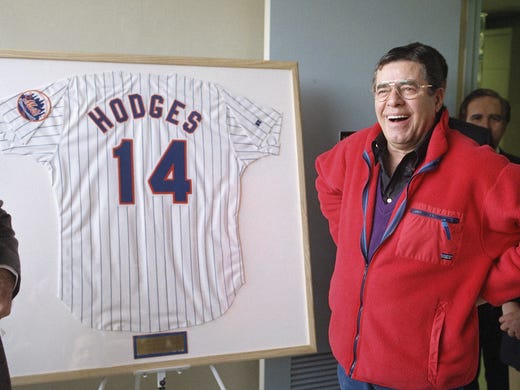 But on this night, we were all guests in the San Diego Padres’ president’s box–no reason, that gentleman was a fan, too.  And Jerry LOVED baseball.  It just so happened his favorite player was Gil Hodges, who I came to love as a Mets fan when he managed them to their first World’s Championship.  When I brought up my knowledge of Gil, good Jerry was unleashed on me–charming, almost boyish, even respectful.  We spent much of the night chatting about old-time baseball, I listened to some of his stories about some other folks I was fortunate enough to meet along the way, and he even complimented me on being one of the few “research guys” he had met that actually respected the artist as much as the audience.  I still take that as high praise. 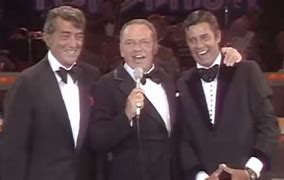 The look on his son’s face as he saw his dad warm up to me was akin to that of an abandoned puppy.  The next day, after stewing in his depression, he then offered up “Ya know, the whole reunion with Dean was STAGED!!!!” .  He was referring to the much-publicized “reconcillation” of the long-estranged Martin and Lewis arranged by Frank Sinatra live on the 1976 telethon.  And, as it turned out, he was correct–Dean and Jerry actually spoke very little until Dean sadly drank himself to death, despondent over losing one of his sons in a plane crash, and Jerry never even as much as called to offer condolesences.

And as the public later learned, Jerry didn’t treat his own sons very well, either.  A $75 million estate was left exclusively to his second wife, a dancer he met during one of his many extramarital dalliances, and an adopted daughter who was the sole offspring that attended the awarding of his honorary (and only) Oscar in 2009.  My friend, now a former friend, lives rather modestly, to be fair, but at least he’s still breathing.  A younger brother, feeling even more alienated, had taken his own life years before.  As that former friend would often lament during one of his frequent alcohol binges, “Jerry’s Kids?!?!  Try being one of his ACTUAL kids!!”

I’d feel terrible for him–until recently, I never knew what true heartbreak could feel like.  But I’ve also learned that whatever fate befalls you is something YOU contribute to, and in this case that was undeniably the case.  These sons ultimately expected their annointing into the world Jerry worked tirelessly to enter into, and many of them had neither the talent nor drive to be worthy of it.  Many parents enable children like this.  Jerry did not.  Let’s just say there’s two sides to every story, and I honestly can’t say what I would have done were I in his position.

So, sure, bubbles were burst when the layers of celebrity were peeled away by this unique lens into the private world of an icon.  It would be disingenous to call Lewis a good parent.  And despite his humanitarian efforts, it was also well documented that Lewis did not work for free.  Millions that could have been donated to the research he championed went into his pockets–and, ultimately, not a dime to any of his sons.  Knowing that, I definitely don’t hold Lewis in the same regard that I held him as when he was merely one of my comic idols.

But for those of you who have crossed paths with other public figures well enough to know their back stories ask yourselves this–was he the ONLY celebrity who cheated on his spouse?  The ONLY celebrity who treated his family poorly?  And how much of a role did these sons’ entitlement and self-destruction play in his decisions to essentially disavow their existences?  Has anything like that NOT happened in less famous families?  Be honest.  We both know the answers to those ponderables.

Labor Day no longer is punctuated by a telethon of any kind.  After new management parted ways with Jerry in 2011, MDA abandoned the telethon format in 2015.  It’s stll a very worthy cause, and the mere fact it’s still way ahead of other causes in social consciousness is a direct result of Lewis’ legacy with them.  I strongly encourage those of you who can contribute to find a way to do so.  I just gave another $5 bucks myself, remembering the Lewis I would see on those holidays of the past, and the one I shared a hot dog with in San Diego.

Sure, there’s plenty of reasons to hate your heroes once you learn they’re human.  In this case, I’ll just…smile.