So you know how I am on milestones, and it appears we’re at about the one year mark with this endeavor.  What began as essentially needed therapy that was limited to my own computer has now evolved into a (somewhat) more polished outlet for expression, reflection and even some calls to action, and I’m blessed that dozens, sometimes hundreds, and on rare occasions even thousands of you actually care about what’s on my sometimes overly creative and frequently challenged mind these days, especially since there’s no longer any hair covering it.

I was seeking an angle, an inspiration, essentially something that can prompt me into some sort of essay, as has been the case on more than 200 other days in the past year.  Frankly, I was having some trouble finding it.   For all the excitement I have about next week’s conference, and the optimism I cling to about the upcoming warmer weeks, and with the Mets in first place, clouds of doubt still hang over me like the used to with Ziggy.Max Scherzer’s out for two months, my quaran-tine Barbara Ferrer is now wearing masks on her zoom calls and yet again saber-rattling about indoor mask mandates, and rent’s due next week.

And then, as it always seem to these days, I get inspired by some connection to my past.  Indeed, as I watched the opening two hours of the brilliant GEORGE CARLIN’S AMERICAN DREAM on HBO Max last night, I was reminded exactly why I am now so motivated by the use of language, the need for honest expression and how it’s necessary to truly alter your outer image in order to truly express your inner truth. 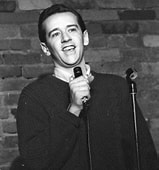 As Judd Apatow’s brilliant documentary details, George Carlin did just that more than 50 years ago, served as the comedy soundtrack for my youth, and went from spokesman for Ozark Airlines to a target for the FCC, in the process losing tens of thousands of dollars in weekly bookings and, by his own admission, nearly his mind and marriage as well.   And somehow, in spite of this, he maintained a presence and allure to the mainstream broadcast television talk and variety shows that were almost never not on in my apartment.  He was a clean-shaven comedy co-star on a summer variety show hosted by John Davidson(parenthetically, perhaps the worst emcee in the history of PYRAMID) and a bearded, now struggling, contributor on a later inexplicably popular show hosted by Tony Orlando and Dawn (Note to TO: Lay off the alfredo, please.  If I can lose weight, so can you).

But despite his physical evolution, Carlin maintained an appeal and an omnipresence schmoozing and doing his routines with everyone from Johnny Carson to Dinah Shore, with Mid-Morning LA and Sun Up San Diego thrown in for good measure.  His deejay background gave him the fodder for his more mainstream appeal works like FM and AM; acid and weed gave him the perspective to realize he needed to say more and get people thinking as they were laughing.

My emerging attempt to try self-expression through comedy seems to have similar roots to his.  When he and his erstwhile partner Jack Burns hit Hollywood in the early 60s, they did open mics just like I do now, and people laughed.  When he decided to introduce more biting material into his acts, he pissed off promoters and authorities simply by choosing to use a few words in his act that were seen by some as offensive.  Perhaps his most famous routine, the Seven Words You Can’t Say on Television, were inspired by his frustration that as he was being censored and even arrested there was literally no definitive list of which particular words were indeed offensive.  Once he did identify what he reflects as the “first” seven, and it was broadcast on Pacifica Broadcasting’s counterculture flagship WBAI New York, an FCC under Richard Nixon ultimately sided with a Morality in Media spokesman who was upset that his 15-year-old son heard the routine in the middle of the afternoon.  Ultimately reaching the Supreme Court, in 1978 a 5-4 decision determined that the FCC’s rulings violated neither the First nor Fifth Amendment, and in effect created a template that broadcasters self-censored themselves with. 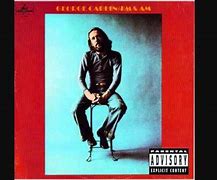 Thankfully, recorded media has been exempt from this, and via the efforts of all people Flip Wilson Carlin’s acts were popularized on LPs and cassettes,his stand-up gigs shifted to the more progressive venues of college campuses, and much of my meager collection of comedy albums had his name on their spines.

And as all of these pleasant memories flooded through the first two hours of this four-hour masterpiece that reminded me of how important George Carlin was–and apparently still is–to the fifty-year legacy of HBO that ultimately makes David Zaslav’s bet on this brand for the majority of Warner Discovery’s non-reality content the right choice, it was a reminder that people way more successful than I have been have had similar passions, motivations and indulgences.  And all of a sudden, I’m a little less despondent about where our world, especially MY world, is and is going.

Apparently, even years after Carlin’s death his routines are still circulated online to educate a whole new generation of counter-culturists, and their conclusions still applicable to the insanity that continues to devolve every day.  Current observational comedians as disparate Stephen Colbert and W. Kanau Bell chime in on how much Carlin’s attitude has influenced them professionally and personally, and it may explain why I like them both so much.  What I’d give to have either one of them interview Carlin today on what he thinks.  I know I’d be entertained and even more motivated than ever,

So as we head into a second year of what I pray may yet yield dime one, I’ll subtly remind you, and perhaps anyone else who might discover this space while I lobby you personally at the Media Insights and Entertainment Conference in Nashville (yes, you can still sign up as of this writing, and flights are still available), that much as I enjoy these musings, I’m really kind of hoping there’s some more projects on the horizon that can allow my intelligence and insights to be put to use by someone with a budget and an opening.

So here’s the seven words you’ll likely hear from me if you offer me any positive feedback on this effort:.  Thank You.  I’m Flattered.  Know Anyone Hiring?