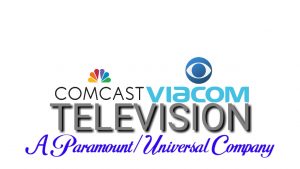 In the wake of the Allen and Company meetings in Sun Valley, Idaho last week reports began to surface this week that the media ownership landscape is about to change even more dramatically.  Among the juicier ones was the revelation that two of the key mega-competitors, Comcast and ViacomCBS, are exploring ways to combine resources.  While currently focused on international distribution opportunities for their respective fledgling streaming services Paramount+and Peacock there is inevitable speculation that such a first date could lead to domestic comingling, much like Warner and Discovery recently undertook.  Government will likely investigate such a large-scale merger but if they are looking for validation there will be no need to conduct a series of tedious Capital Hill hearings.  Just convene a meeting of the management of Dunder-Mifflin.

Yes, in the hometown of the most popular paper goods company in streaming history,  Scranton, PA,  Nexstar Meida Group owns both the CBS affiliate WYOU and the NBC affiliate WBRE.  Sinclair Broadcasting owns both affiliations in Syracuse, New York (WSTM and WTVH).  Both of these large station groups own plenty of other duopolies, triopolies and even quadopolies in numerous other markets, many of them made up of affiliates of CBS and the CW, networks that share common Viacom ownership.  And let’s not forget that Comcast operates both NBC and Telemundo as well as owned-and-operated stations in several crucial Spanish language media markets like New York, Los Angeles and Miami, among others.  They offer variations of the same product with different packaging just like Proctor and Gamble offers laundry detergent or Tyson offers chicken parts.  And life goes on. 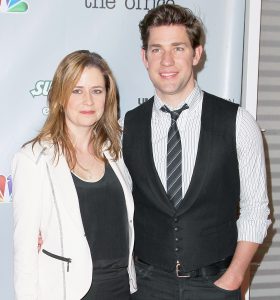 Woke culture may have its place elsewhere but Leblanguage believes that the audience is always the arbiter of what’s really important.  I highly doubt many of my college friends now living in Syracuse care more about whether or not they have one less independent news outlet to watch as versus whether or not the Orange football team will be remotely competitive this year (Not likely, sorry to say).   Megamergers will actually insure that viewing choices continue to proliferate versus risking their demise.  We’ve survived the marriage of Bart Simpson and Mickey Mouse, havent we?

So if Brian Roberts and Shari Redstone want to canoodle and the graphic above becomes reality–honestly, who cares?  Look at Jim and Pam.They seem happy.  Thank goodness, they deserved each other.