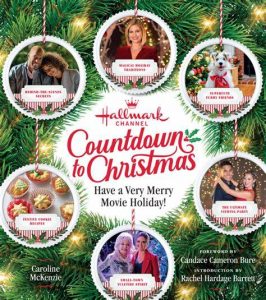 As we head toward arguably the most welcomed holiday season in our lifetimes, the annual ascension of The Hallmark Channel to #1 status among U.S. linear TV networks has taken place and will likely be truth through the end of the year.  According to online trade ads taken this week, since its Countdown to Christmas began three weeks ago  The Hallmark Channel is the most-watched network for its broadcast day among households, total viewers, and adult women (including the key adevertising demos of 18-49 and 25-54).  In total, more than 28 million viewers have watched the channel at some point during this span.   Considering nearly a third of the country can’t receive it that accomplishment is a Christmas miracle unto itself.

Hallmark began its evolution as a rebranding of what was the Odyssey Channel in the summer of 2001, five weeks before 9/11.  The formula was largely inherited from the ashes of the Family Channel I worked for years before–a steady diet of familiar old acquired series, positive escapist made-for TV movies and a focus on viewers of any age addressing the reality that there were more available over the age of 50 than under.  In fact, the Studio City building that had housed The Family Channel’s West Coast operations was taken over by Hallmark, its logo ironically towering above the deli that served as its de facto commissary.

In the months following the attacks America dealt with its PTSD and anxiety by increasingly turning toward what my work dubbed ” comfort food TV”.  At FX I did extensive consumer research into its evolution at the time and for as successful as FX and its breakthrough programs were we inevitably were confronted by the reality that we weren’t the only cable TV phenomenon.  One of the most telling ways to find out why audiences choose what they choose is anthropomorphic research, where one probes “if x were a y, what kind of a y would it be?”.  We frequently would ask “if this cable network were a food, what kind of food would it be?”.  FX was often compared to gourmet sushi, TNT was compared to a casserole, Fox News Channel to hot dogs and apple pie.  You get the picture.  Hallmark Channel?  Macaroni and cheese. 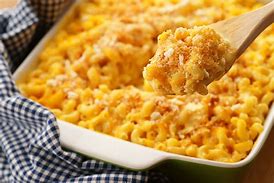 In a winter of discontent while the remains of the Twin Towers still smouldered, our test audiences often said they’d actively choose sushi if they were looking for something special but would most often choose mac and cheese.Hallmark became relevant that winter and targeted its original movies toward Christmas, both for emotional and business reasons.  Christmas advertising revolves around the eight weeks leading up to December 20th, in Madison Avenue parlance “the hard eight”.  The closer to The Big Day (and, back in neanderthal times, especially post-November sweeps) one got the more lucrative was the allure of big tent, advertiser-friendly content, and even shows which would skew older would generally reach enough adults under 50 to become desirable to advertisers looking to maximize their holiday buys.  Hallmark Christmas originals were the ultimate recipe for success.

Over the past two decades Hallmark’s lather-rinse-repeat formula for Christmas content, and the timeless repeatability of it, has resulted in the expansion of both the hours per day and the number of days devoted to it.  This year Countdown to Christmas began on October 22nd, its earliest date yet, jumping the shark on Halloween, let alone Thanskgiving.  Do the math–that’s just about eight weeks before 12/20.  The hard eight has effectively been roadblocked.  The schedule takes up almost its entire broadcast day.  And it doesn’t end there–there’s a Sirius XM channel with nonstop Christmas music for when you’re just listening to audio, and even a Monopoly game for when TV and radio are turned off. And, of course, this iummersion often gets you to buy Hallmark Christmas cards, too.  You can’t escape the Hallmark influence, and during more challenged times people generally don’t want to get out of the way of this emotional tsumami.  It’s no surprise that Hallmark Channel is on pace to have its most successful Countdown to Christmas ever. 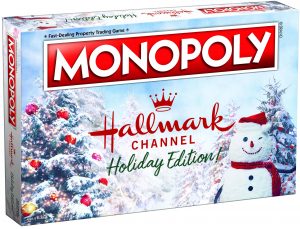 In recent years, Hallmark Channel was rocked by controversy that eventually resulted in the removal of its longtime president Bill Abbott as well as the departure of many of the executives responsible for its rise.  Bill and I worked together at Family Channel in the 1990s, where the inspiration for the Countdown–a mere 25 days of Christmas (a more than 100% increase over the 12 days that had been in vogue since Baby Jesus)–was developed.  Bill was the perfect choice for Hallmark leadership because he knew the blueprint and, as an exec with an ad sales background, he knew how to monetize it.

What eventually forced Bill out was his reaction to complaints from its viewers to ads featuring same-sex couples.  Those advertisers accurately realized the appeal of macaroni and cheese even to those families.   The reality was–and is–that Hallmark’s audience is as unapologetically believing in a white–read that as pure–Christmas as the audience for Fox News.  The ad, for a wedding service called Zola, featured two women kissing, and was pulled by the channel after weighing its implications of the desire of its loyal audience to have its macaroni and cheese as traditional as possible–no soy cheese here, so to speak.  Bill initally defended the decision with his own version of Leblanguage: “We listen to our audience and carefully consider what they want to see” is what he said in a November 2019 press briefing–one that announced that Hallmark was launching a pair of Chanukah movies to join the several dozen Christimas movies it was rolling out. 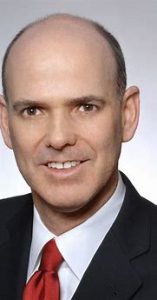 After a Twitter campaign spearheaded by social media powerhouses like Ellen DeGeneres and William Shatner spooked out the corporate Crown Media management fearful of its ability to sell Valentine’s Day cards the ad was reinstated, the network offered an apology and Bill became collateral damage to appease the Twitterati mob thirsty for blood.  Yep, the executive was cancelled long before the programming would be.

Bill was replaced by a cable veteran named Wonya Lucas, whose most recent TV job was nearly a decade earlier when she headed up Comcast’s TV One, a far less successful competitor to the likes of BET.   She lasted a little over a year and didn’t make a dent in Viacom’s juggernaut.  Wonya had been everything Bill had not been, both cosmetically and experientially.  But she does make a dramatic difference in the picture Crown Media paints for its investors.

So far, Wonya is keeping Bill’s blueprint intact, but has been actively targeting audiences of color to grow the channel’s total appeal.  Last year she ordered 10 new movies with Black leads, several of which will be airing this holiday season.  To her credit, her consiglieres have advised her that the likelihood that its existing audience will be unlikely to watch these movies.  We don’t need to go into details as to why–remember that macaroni and cheese is often a great side dish for hot dogs and apple pie. 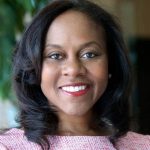 It’s telling that Hallmark is using the concept of total viewers–reach–in its current trade campaign.  We don’t know exactly how many of those 28 million are people of color and ones who aren’t watching movies featuring white leads, or vice-versa.  There’s nothing wrong with such an inclusive approach, so long as it’s not accompanied by a larger loss of viewers.  Like Fox News Channel, choosing a path that deviates from the tried and true risks a loss of viewers if they’re given some other to go.  FNC now faces competiton from even more right-leaning channels like Newsmax and One America Network, and it’s documented that they have indeed lost “gold card” viewers to those growing competitors.

Enter GAC Family, a rebranded competitor that is airing a dozen holiday movies of its own this year.  The channel was salvaged from the fallout of the Discovery-Warner merger by the likes of the Hicks family–the same Hicks family that includes the current head of the Republican National Committee.Already, Danica McKellar and Trevor Donovan, veterans of many Hallmark movies, were tabbed as leads.  And the chief executive officer of this new competitor to Hallmark?  None other than Bill Abbott.

It’s too early to tell what the net impact of this will be.  Like Newsmax and OAN, GAC Family’s distribution and reach is still much smaller than the established behemoths they are respectfully targeting.  And what can’t be ignored it the battle for Christmas is the omnipresence of Netflix, which has several feel-good original Christmas movies of its own targeting younger cord-never viewers dropping oiver the next few weeks.  But as Hallmark enters this new phase of its dominance it’s important to remember that people are passionate about what they want, most notably in times of stress like the ones we are in now.  I, for one, will never walk away from a really good macaroni and cheese, no matter how healthy I may get.  I love sushi, and I’ll embrace soy cheese and vegan pasta too.  But I’ll never stop loving what I love. I know Bill Abbott knows that, and I’m willing to bet more than a few ad execs do as well.   May the best Santa win.