It’s the dog days of August, just before what I’m hoping will be a busy time of year for me, and it was humid AF.  Besides, I kind of needed to make myself scarce, if you know what I mean.   So a movie on a Saturday night made some logistical and financial sense.   BULLET TRAIN debuted this weekend, and not a lot else that appealed to me in any way was countering, so it was my choice. If it were any other time of year, or something more uplifting or familiar, it probably wouldn’t have been my selection.  I admit I probably should have known more members of the cast besides Brad Pitt, who stars as a reluctant assassin who is cajoled into a briefcase-copping caper aboard a super high-speed death trap.   Saturday Night Live is often my window into a pop culture world dominated by younger-appeal talent, and it is there I first discovered Bad Bunny.  Undeniably charming and a powerful singer, his presence in the catchy trailer, punctuated by a spot-on Bee Gees soundalike crooning STAYIN’ ALIVE in Japanese, caught my eye. The rest of the film’s cast is punctuated by a number of similarly demographically talents that underscore my generation gap, people I arguably should have known more about.  Joey King is a compelling, stunning actress who has risen to popularity with lead roles in several movies and series released on streaming services.  Aaron Taylor-Johnson is a veteran of the AVENGERS franchise.  Brian Tyree-Henry is better known as Paper Boi from FX’s hit ATLANTA.  Andrew Koji is a star of the series WARRIOR.  Were I 30 years younger and many degrees woker, I would have probably been far more geeked out about the idea of putting all of these talents into a 16-car universe filled with danger, creative use of inanimate objects as weapons of death, and some over-the-top sound effects that sounded great in IMAX. But if there’s one world that sums up BULLET TRAIN, it’s SMUG.  Pitt’s zen-seeking character literally floats through scenes with a dizzying mix of special effect-laden action hero and parable-quoting spiritualist.  Banter between the hyphenates Taylor-Johnson and Tyree-Henry that debates how many people they’ve killed, depicted in some Tarantino-like flashbacks, produced both laughter and groans,  Koji’s creative and expert use of swordplay is spectacular.  King’s coquettish iciness and decent British accent were scene-stealers. It’s just the way these were served up were as much demanding as they were inviting.  I came away feeling that the fact I simply wasn’t blown away by the blood, the sound and the death was an indictment of me rather than the on-screen execution.  And then, I looked around and saw similar reactions in the theatre, at least among the faces I actually could make out amidst the KN 95s.

This was not a beginning of summer blockbuster that demanded an in-theatre trip.  This was not a nine-figure film,  It opened decently, but will be fortunate to approach break-even.   It’s decent, and at least put on my radar some talents I am at least encouraged to discover more about from their past works, and will allow me to anticipate their next projects with a bit more of an appetite than I had for this.

Maybe the best thing about my experience was the fact that for the first time in months my local cinema had impossible nuggets back in stock to nosh on as what I’d like to think was a healthier alternative to movie popcorn and mac and cheese bites.  For a ride like this, it was, on paper, the perfect accompaniment. 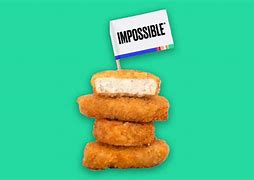 Alas,I had forgotten these were MOVIE THEATRE-quality nuggets.  They’re still repeating on me as I write this, and they’re leaving a more lasting impression on me than the film did.

I’m happy I know more about the cast than I did, and I applaud Sony for picking a nearly ideal weekend to get it out into the theatres.  It’s the perfect time-waster if you’re looking for something to do on a humid night, and little else.  But you might want to wait for it to hit your favorite streaming window, and definitely eat healthier when you do.

Until next (barf) time…