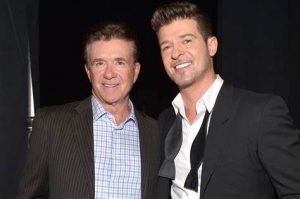 If Le Blog can be classified as anything it is best described as an opinion page.  When you are in between gigs (a euphamism for not working) and strongly encouraged to never leave your home, let alone spend a great deal of time only with your thoughts, one develops a lot of opinions that result in some impassioned predictions.  The downside of predictions is that many prove to be wrong.

I recently predicted here that I fully expected Robin Thicke to sing the theme to DIFF’RENT STROKES on last week’s LIVE IN FRONT OF A STUDIO AUDIENCE as a tribute to his late father who co-composed and sang the original version.  Fortunately Norman Lear and team are far more progressive than I.  Instead, two members of Boyz II Men crooned the theme with far more passion and connection to its audience than any Thicke could.  I’m glad I got that wrong.

My fantasy football juggernaut got sidetracked at a critical time because I banked on Washington Football Team receiver Terry McLaurin to have a decent game in a week when other options on my rosteer were sidelined by eiher byes or COVID-19 protocol.  McLaurin got concussed early in the game after missing a few targets.   His stats: positvively Blutarskian.  Zero catches.  Zero yards.  Zero points. Despite some stellar performances by the likes of Dalvin Cook and George Kittle the Bangers lost a crucial game that now jeopardizes my quixotic quest for an unprecedented first-round bye. Rooting for any Washington player is difficult given my inexplicable allegiance to the Giants and my disgust that Daniel Snyder still owns the ex-Redskins and still hasn’t found a way to rename them,  I pray I don’t need to put my faith in him this week, my final regular season outing.  I really got that one wrong. 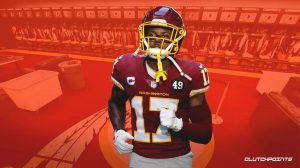 Here’s one I did get right: in one of the least surprising news items the DR. OZ SHOW was cancelled effective mid-January.  The combination of weak ratings, his emboldened alt-right appeal and his announced candidacy for the governorship of Pennsylvania was far too much for Sony to bear in a year where their handling of all things JEOPARDY! has already tarnished them. THE GOOD DISH, a passion project at least five years in the making that Oz is co-producing, will hit the airwaves at last, just in time for New Year’s healthy eating resolutions.  It’s essentially a reboot of THE CHEW, an ABC network daytime series conceived largely by focus groups that limped through several marginally rated years, with a panel that included Daphne Oz.  Good luck with that, HJ.  You’re gonna need it.

Follow-up prediction:  Whether he wins the Pennsylvania race or not, we haven’t seen the end of Mehmet Oz as a talk show personality.  When his most recent renewal was announced to the trades Sony’s name was glaringly missing from the release, with the source clearly being the FOX owned-and-operated stations that have served as his main clients and allowed the expansion of his influence to the FOX News Channel legions.  Remember he’s a major reason Rupert Murdoch is still alive.  THE GOOD DISH may be contractually committed to the FOX stations until fall 2023 but if ratings are indeed poor it will be a candidate for downgrades and I passionately believe a less controlled version of the OZ talk show that will allow him a forum for his opinions on the likes of Anthony Fauci and coronavirus treatment will find a home as a lead-in to local news telecasts increasingly targeting the primetime viewers of Carlson, Hannity and Ingraham. 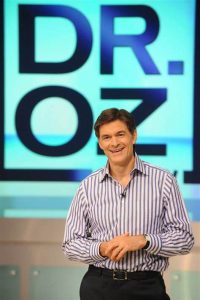 And here’s one I never saw coming–the now-inside joke of Chris Noth’s “rise from the grave”.   As you know, I was mortified by the plot twist of the premiere episode of AND JUST LIKE THAT, which saw his Mr. Big character killed off as a result of over-Pelatoning.  Pelaton stock dipped by double-digits overnight–yet no one got fired or even reprimanded.  Turns out this weekend Pelaton dropped the other shoe with an online drop that reveals at least Noth is very much alive, healthy due to his workouts and seeming uncumbered now that he’s no longer in a clearly codependent marriage with a troubled narcissistic spouse who couldn’t even call 911 when his corpse laid in a shower that was ruining her Manolo Blahnik.  (Believe me, I can identify fully).Game, set and match Pelaton.  Even if your stock price doesn’t immediately rebound, your respect in pop culture has been restored.

This said, I’m not very likely to watch the rest of the series (I still think the reboot is a massive disappointment creatively) and even less likely to go out and buy a $4000 exercise bike–it’s simply too expensive and I for one crave the idea of actually leaving my house for long walks and runs.  The very idea that Pelaton believes you can be physically fit in a virtual world is both inspiring and apocolyptic to me.  I want human beings to see how good I can look, even if it’s from a socially acceptable distance.  And walking is still free.