Skip to content
Got a call from an old friend, we used to be real close
Said he couldn’t go on the American way
Closed the shop, sold the house, bought a ticket to the west coast
Now he gives them a stand-up routine in L.A. 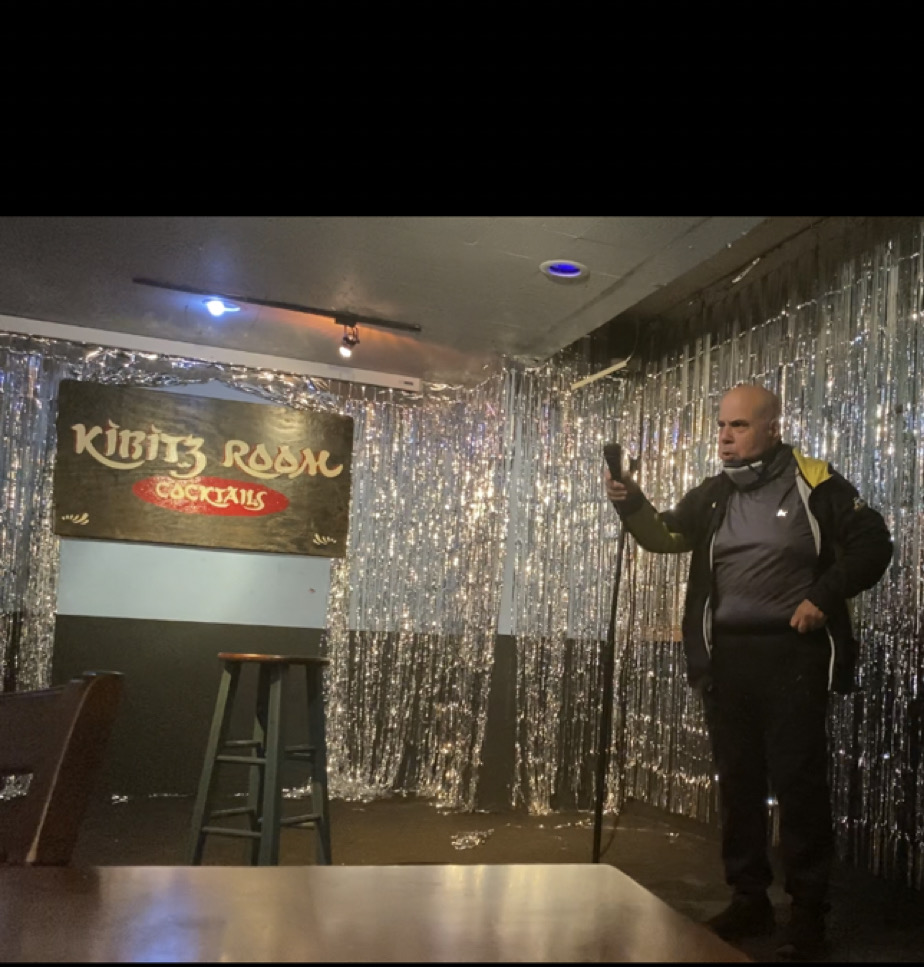 Lately, I’ve been humming Billy Joel’s inspiration lyrics in my head a lot more frequently.  I’ve had a number of setbacks on my road to redemption, and it’s even gotten in the way of my standup.

But late last week, one of the regular readers and reactors to this work actually did more than simply just hit a like, and unlike many of the stats that get picked up Google Analytics, he’s an actual human being.  And, better still, we have a history of rescuing.

Jim Serpico was the business side of Apostle Entertainment for years, a production company fronted by Denis Leary.  The acerbic Boston-bred comedian did a career pivot in the late 90s, teaming with Jim to become a dramatic lead with comic flair, first as a cop in an ABC series called THE JOB, which in their opinion never got a fair shake from a network obsessed with finding the next ROSEANNE than the next SLEDGE HAMMER, and then when our paths crossed with the acclaimed FX series RESCUE ME.

RESCUE ME was the third of the now-iconic FX series of breakout hits that established the network as the standardbearer of basic cable entertainment, and the first launched under the production expertise of John Landgraf, who now reigns as the “Mayor of Hollywood” and the network’s heart and soul,  Tbe FX I was blessed to be an integral part had already won awards and breakthrough ratings, but Hollywood is forever skeptical, and tends to subscribe to the theory of “trends are only real if they happen at least three times”.  Something that happens once is possibly a fluke, something that happens twice is perhaps coincidence.  If it happens three or more times, well, then, it’s real.

Leary was known at the time as a hothead, and was especially leery (pun intended) of people like myself who would often have to pass along the verdicts from test groups that their baby was ugly.  But given Denis’ stature in comedy at the time, RESCUE ME was virtually assured of going to series when FX put it into development.   Our executives wanted to be in business with him.  And, frankly, the series premise was compelling. 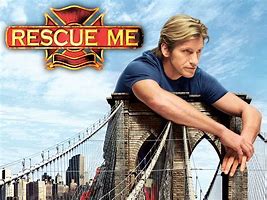 In RESCUE ME, Leary played Tommy Gavin, a New York City fireman who is tortured by the recent deaths of a number of his pals in the horror of 9/11, including ta cousin he was quite close to who frequently appears as counsel to Gavin as a ghost.  The trauma of the deaths of Gavin’s friends mirrored Leary’s real-life losses of many close to him, including a number of firemen from Worcester, Massachusetts that trucked down to Ground Zero to try and prevent the tragedy, only to perish or suffer permanent injuries in doing so.  As Wikipedia summarized:

Tommy is an impatient, self-loathing, hypocritical, manipulative relapsed alcoholic who suffers with severe survivor guilt and posttraumatic stress disorder as a result of 9/11. In the pilot episode, he and his wife Janet (Andrea Roth) have already separated, although they are technically still married, and Tommy has moved across the street. Most of Tommy’s actions as a firefighter are heroic and brave, but his family members and fellow firefighters view him as selfish, despite his concern for others and passion for the job.

In that pilot episode. Leary’s dramatic talents were in evidence, as he alternated between wisecracks and near-breakdowns effortlessly.  Indeed, when we tested the episode his performance was favorably compared to Jim Gandolfini’s Tony Soprano, perhaps the highest praise any flawed hero series lead could have received at the time.  Which is why when the bottom-line verdict on the pilot was mediocre, it was depressing as hell.  Leary was exceptionally skeptical of our results, and was loath to accept our verdict.

Enter Jim Serpico as the voice of reason.  Serpico, who as it turned out lived next door to a research executive, was open to understanding what exactly was the problem.  As we probed, we zeroed in on the end of the pilot.  As it was originally executed, when the pain of his separation from Janet sets in, he goes on a bender and is seen in a montage drinking and screwing his way out of his depression and loneliness.  The episode ends with Gavin in full meltdown, anything but rescued or capable of being a true rescuer beyond dragging someone out of a burning building.

When I was faced with having to explain to passionate creatives why something wasn’t well received, I always attempted to approach discussions with respect and open up dialogue on what could be done differently.   Usually, such moves would result in costly reshoots, and often networks are reluctant to spend that sort of money (at least, my employers frequently were).

When Serpico served as mediator between my colleagues and Leary, he calmly presented the situation and explored alternatives.  Motivated by the desire to see hope, they proposed a revised ending where we now see Leary at the ocean’s edge, contemplating whether he should lose his sobriety.  He fiddles with his sobriety chip, all but determined to toss it into the water and go off the wagon.  One by one, the ghosts of the 60 firemen who he knew perished in 9/11 appear in his vision, walking into the ocean and looking back on Gavin with concern.  With music swelling, his beloved cousin is the last of the ghosts he sees, and, moved to tears, he pits his chip back in his pocket.

FX allowed that alternate ending to be produced and we tested it and contrasted the results with the original pilot execution.  Audiences loved it.  The rescuer was rescued, the reaction to the character and the series potential was visibly higher.  RESCUE ME went on to seven seasons, 93 episodes, critical acclaim and awards for both Leary and Serpico.  It even outlasted me at FX.

Well, these days Serpico is a podcast host, among other things, where he uses the backdrop of baking bread, a pandemic pasttime, as a jumping off point for thoughtful interviews usually focusing on personal redemption.  It’s called BREAD FOR THE PEOPLE, and was inspired by Serpico’s expansion into being an actual breadmaker, along with his wife and sons.  As ABC7 EYEWITNESS NEWS recounted last spring:

After a family trip to Italy where they took cooking classes, Jim Serpico came back to Long Island feeling inspired.

Serpico soon turned baking into his way to unwind and forget about the pressures of the world. Not long after that, his hobby became a family affair, with the Serpicos creating different types of savory bread every other day.

The family started sharing their loaves with friends, and eventually, people wanted to pay.

What started as a joke within the family – baking was their “side hustle,” they liked to say – became the real thing, and the Side Hustle Artisanal Bread Company was born.

I was both ridiculing and envious of those who were blessed enough with a family and a comfortable environment during the pandemic to focus on baking bread, let alone have metabolisms and/or patient partners who were OK with a few extra pounds.  As many of you know already know, I had no such luck nor inclination.

And if you don’t already know, or haven’t wanted to pay attention, you’ll soon have the chance to hear my version of redemption, or at least the journey toward it.  Jim’s a fan of this blog, and agreed to allow me to tell my story on his podcast, and we’re planning to record it shortly.  With any luck at all, it’ll pick up some needed traction for these efforts, and, believe me, I really could use any business that might result from it.

I won’t lie–times are getting exceptionally tough for me.  I won’t share as many details as I used to; but suffice to say I’m more motivated than ever to actually be paid counsel to companies and individuals who need an experienced insights expert to help them better their creative goals.  There’s several sections of this blog that detail what I can do and how it can be beneficial.  Based on the site data I’ve seen, very few of you who read this read that, and I can tell you even fewer have even inquired about my availability.

Well, my availability’s immediate, and, bluntly, I need rescuing now.  I’m grateful to Jim for this lifeline, and even more grateful to Denis for the inspiration to tell my own story and attempt to be even remotely as funny a comic as he is.  I’ll update you on my progress soon. 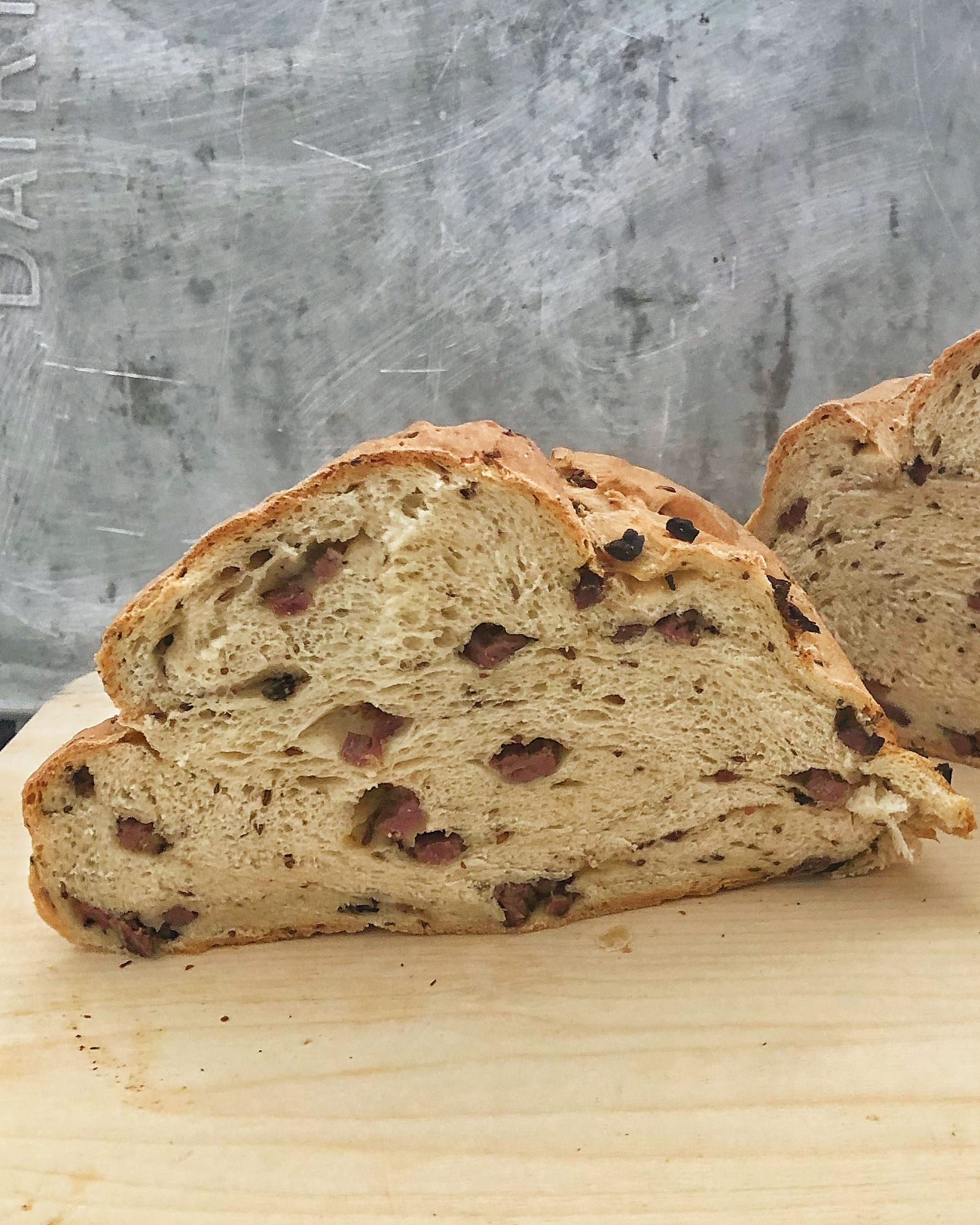 Meantime, let’s make room for some artisanal bread in our diets, and I encourage those of you in the New York metropolitan area to order from the Serpicos (Link below).  I hear the pastrami in the rye is to die for.