For decades I was blessed with the opportunity to help one of the most prolific sales and marketing teams in television history with providing ammunition for aggressive negotiations with cable and satellite providers.  When we’d conduct objective consumer research, we’d frequently be faced with the reality check that, time and time again, they’d clamor for the desire not to have to subscribe to channels they otherwise would never want.   They’d always express the wish for a la carte video, opining they’d be willing to pay more for what they did watch than a penny for what they don’t.

When streaming video entered the equation, it was initially seen as the great equalizer.  Netflix–what a concept!   Hundreds of thousands of hours of content culled from virtually every major studio, pay a monthly fee with no long-term commitment, and then add a whole bunch of imaginative originals to the mix?  Yes, please!  Who needs those lousy lazy cable guys and those damn pizza box dishes that always seem to lose their signal during a drizzle?

And as competitors emerged, the independence of choice was still seen as a victory for consumers.  It’ was one’s CHOICE to subscribe to Amazon Prime, Hulu, et al. 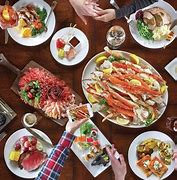 Well, what people SAY they will like or do versus what they actually DO do are often two separate things.  In Las Vegas, more people choose to eat at buffets than at restaurants.  More people eating at Chinese restaurants choose combination platters than individual dishes.   Back when cars were sold with a laundry list of optional equipment, more buyers chose packages of the most popular add-ons than not, eventually making most of them standard equipment.  And Lord knows, we’d be sure to ask those questions of consumers with our counterstrikes to the providers we negotiated with, and eventually they’d quietly consent.

So as studios have clawed back their content and continue to build out their own streaming propositions, we’re increasingly seeing them move away from a la carte options, instead bundling their previously disparate networks and libraries into a brand buffet, with the conusmer reaping the benefits from a price point.  The latest salvo was fired yesterday with the announcement that Paramount+ and Showtime will now be available together.  As VARIETY!’s Todd Spengler reported: 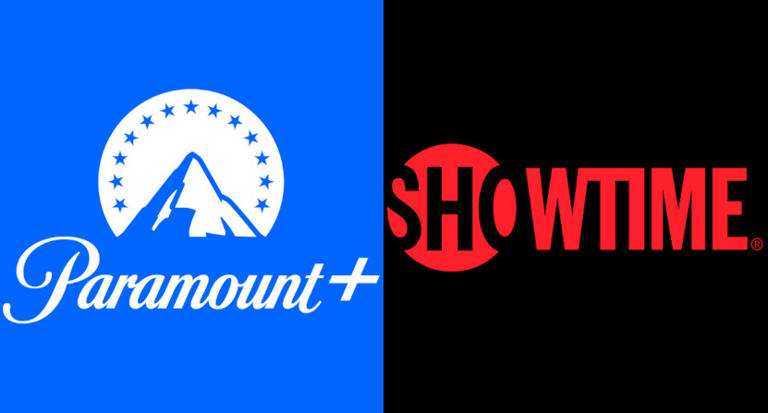 The company has combined Paramount+ and Showtime into a single, merged service — letting subscribers access content from both streamers in one place. It’s also offering promotional discounts on the Paramount+/Showtime bundle of up to 33% for the next month.

Available starting Aug. 31, the new Paramount+ with Showtime bundle experience lets subscribers upgrade their Paramount+ subscription to a bundle that includes the Showtime service and then watch all the content in a single user experience. Paramount has sold a Paramount+/Showtime bundle for about a year, but until now that required using separate apps for each

“The Paramount+ with Showtime bundle offers consumers unprecedented value by providing one of the broadest content libraries in streaming at one of the lowest prices in the marketplace,” Tom Ryan, president and CEO of Paramount Global Streaming, said in a statement. “This singular user experience streamlines sign-up and enhances discovery, and this lower price will allow more households to enjoy this exceptional combined entertainment offering.”

The unified Paramount+/Showtime product provides a potential model for Warner Bros. Discovery, which plans to merge HBO Max and Discovery+ into a single platform starting in the summer of 2023. WBD has not revealed pricing or packaging details of the HBO Max/Discovery+ combo service. 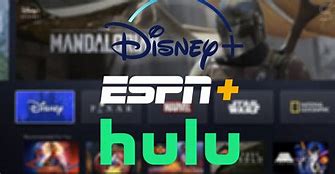 Aah…there’s the rub.  Seems that every historic media company is now bundling.  Disney, of course, has pulled ahead of Netflix in total subscriptions by offering Disney+, ESPN+ and Hulu in combinations that favor multiples, with the greatest value coming from having all three.  Peacock has just re-acquired the next-day rights to NBC and Bravo originals, putting more of the Comcast family together in one offering.  Even the likes of ION Media are now packaging their networks into a combo offering for VMVPDs, assuring that anyone wanting reruns of MACGYVER will more than likely have access to Newsy.

Before these companies acquired and launched this panoply of content, consumers would clamor for the opportunity to purchase CBS, NBC or ABC separately.  Well, they don’t quite have that, but they now do have the right to purchase these bundles separately.  Or, more appropriately, the necessity.  Most people LIKE choice, and often can’t settle on a common ground for what they choose.

Whenever we’d run analyses of the number of channels people would watch for 10 minutes per MONTH, no matter how many channels they had access to the average viewer would consistently fall in the range of 13-15 apiece.  But as their options expanded, WHICH 13-15 each chose became more splintered.  Since there are still only 24 hours in a day, that number hasn’t budged much in decades.   When short-form video like Tik Tok and You Tube are added in, the diversity increases, but that 10 minutes per month figure is often not even reached by many.

Perhaps cords can be cut, but connections remain much stronger. Stand-alone companies do have a place at the table, but alliances will likely be increasingly necessary to wedge their way into the consideration set.  Netflix remains the outlier for now, the stalwart stand-alone competing with buffets with the strength of its own brand despite more limited choices.  Starbucks vs. the buffet, in a way. 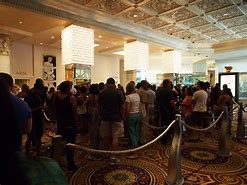 Next time you’re in a casino around dawn, look at where the longer lines are.