Today seems to be the opening of two distinct seasons besides autumn.  Both the Hallmark Channel and its new arch-rival Great American Family are beginning their two month-plus maartahons of virtually non-stop Christmas programming, and like ir or not earlier this morning on my pre-dawn walk I saw the same home that waited until mid-June to take down last year’s Yuletide lights from their lawn had overnight put them back up, I am resigned to the reality that these will likely be two channels I will need to ignore between now and at least next January 15th,  Call me Ebenezer, but I’m just not in the holiday mood quite yet.

The other is the realization that we are very much in the home stretch toward Election Day, in an exceptionally crucial midterm year where control of the Senate and House are at stake.  And given all else that’s occurred this past summer, what with January 6th committee meetings and the overturning of Roe v. Wade, many are screaming that democracy itself is at stake.   Which, of course, means it’s also polling season.

And with so many news outlets, broadcast, print and esopecially digital, becoming more feverishly dominanted by debates, there’ an increasing demand for polls and urgency from both sides of the aisle to offset or contextualize any perpcetion of momentum, people with my skill sets are very much in demand,  If it seems to you like one of these polls’ results are being released daily, you’re pretty much spot on,

According to Statista.com, during the first two weeks of October alone there have been 13 recognized national poll’s results released,  and during the second week the results of two a day were.  They vary in origin from more objective third parties like YouGov and from parochial entities such as FOX News.  Every time the results are discussed, there’s typically a lengthy debate between “experts” on what it’s actually saying and the implications.  Yes, there are a LOT of talking heads.

And because to many watchung politics is like watching sports, statistical gurus with backgrounds from ESPN like Nate Silver are now doing the news car washes on almost a daily basis.  Silver’s FiveThirtyEight uses statistical modeling and other techniques to try and paint an objective picture of what’s really happening.  Here, let me let him describe it, as he did on his site this morning: The Senate started out as a toss-up when we launched our forecast in June — and after a summer in which political developments mostly played to Democrats’ favor, there is now clear movement back toward Republicans. The FiveThirtyEight Senate forecast gives Democrats a 58 percent chance of keeping control of the Senate, down from a peak of 71 percent last month.1

How to translate a roughly 60 percent chance into words is a tricky one, since it’s right on the threshold where you might choose to emphasize that one party is ahead or that it’s pretty close to 50-50. Poker players use the term “flip” (short for “coin flip”) when two hands have about an equal chance of winning, even if the chances aren’t exactly equal. Most players would describe this poker hand as a “flip,” for instance, even though the pair of 10s would win 57 percent of the time.

In politics, the similar term “toss-up” is often applied, although the definition is fuzzy. We’re even inconsistent in how we use it ourselves.2

But let’s get real. If a friend asked me to characterize the Senate race, I’d say “it’s pretty fucking close,” and emphasize that neither party has much of an advantage.

Silver goes on to explain why later on, and I’ll urge to go to his site for such detail,  But I will share one key chart that shows the day-by-day progression to illustrate the concept of momentum, and why media on both sides is so excited, one way or the other.  To the right, this is a march toward the Cyrus-like reconquering they believe is their destiny.  To the left, this is alarming given the degree of advantage they had.

What I find more interesting are the discussions of what goes into the nuances of the questions and what respondents consider to be important at the time.  Polls conducted in the summer, when time was more leisurely and the issues of abortion reform were fresher, clearly yielded results that emphasized those issues were worth attention.  With gas prices surging and home values declining along with temperatures and patience, issues that impact more people directly command more attention.

What I take from this is what I consistently have emphasized to those in entertainment where similar skills conduct far less consequential research.  In order for results to be considered legitimate, you have to ask the right people the right question in the right way at the right time.  Far too often, something goes awry in at least one of those areas.  Often, it’s with the urging of the entity commissioning the research.  Don’t think for a minute some of what is seen as objective research is such. 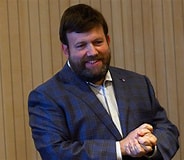 With focus groups, while it’s crucial to gain insight on the whys versus that what and how much, who you talk to, what you ask and who’s asking the questions are all factors needed to be considered.   In this climate, one can often see a lot of a man named Frank Luntz.  Luntz is one of the more well-known political moderators who operates a Washington, D.C.-based firm called FIL Media.  I spent some time with Frank years ago at a FOX corporate retreat, where he was brought it to serve as a facilitator for breakout groups among senior executives.  As the “research geeks” in the room, Frank and I naturally wound up being seated together, and fortunately he had carte blanche to keep a bar tab open as our guest, so I eagerly let him ply with me with alcohol and a rare Cuban cigar while we compared notes.

After a few belts, Frank’s guard was down, and I learned a few methods to his madness that he doesn’t share while he appears on TV as a de facto spokesman for the concept of qualitative research.  He confessed that as he was starting his career he had done a significant amount of work for Roger Ailes where Roger was starting up America’s Talking, the predecessor to MSNBC.  When Roger left to start FOX News, Frank was one of “his guys”, which, naturally, endeared him to the Murdoch family.  Frank had more of a presence elsewhere at FOX, and had minimal interest in entertainment research per se.  His work helped crystallize the “fair and balanced” tagline that has evolved into more of a dogwhistle than a definition.

He freely admitted he was indifferent to the things I was educated to care about with focus groups–indeed, the concept of “balancing” he supportedly championed.  It’s been a while, but I distinctly recall this soliloquy:

”People pay me to ask the questions they either can’t or won’t ask, and it’s up to them to figure out who I am asking them to.  And people like your boss’ boss pay me even more to answer theirs.  Usually, the first one I’m asked is “What did you think of what we heard”?  You better than many know that there are no right or wrong answers with opinions.  If someone is savvy or empowered enough to ask a followup, I’ll answer, but more often than not, when the boss decides he (in that era, it was almost ALWAYS a he) has his answer, the questions usually end.   So far, that works for me.”

And clearly, decades later, it’s still working, arguably way better.  Frank works and reports for many other entities, but remember where he got his training.  Remember also the Republican Party often hires him to do their work. 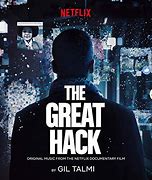 And when anyone questions Republicans on their choice of research methodologies, I am extremely quick to point out that no matter what you may think of the candidates their strategists have consistently cleaned the clock of their competition.  The Netflix documentary THE GREAT HACK, the story of Cambridge Analytica, the star-crossed British firm that utilized Facebook data to reach potential voters.  As Wikipedia recounts, a familiar name in today’s politics helped unleashed this on the U.S.:

In 2015, Cambridge Analytica, a UK-based political consulting firm, began working on behalf of Ted Cruz’s campaign to attempt to win the 2016 US Republican nomination. It used Facebook as a means for “political-voter surveillance” through the collection of user data points. Independent investigations into data mining, along with whistle-blower accounts of the firm’s impact on Brexit, led to a scandal over the influence of social media in political elections.

Traditional polls, particularly ones that the Clinton campaign conducted via the DNC, were limited to who had been registered to vote and had a valid telephone number.  With Facebook, the sample potential changed, and in the battleground states that ultimately tilted the 2016 election red, Cambridge Analytica’s methodology revealed there were large, untapped, rural, older, downscale constituencies that were very much available and ignored.  Similar tactics were employed in the Brexit vote that ultimately reshaped the European economy and gave rise to Boris Johnson’s ascension, which even today is remarkably still alive.

Now, there’s that minor issue that what they did wasn’t fully legal,  So the end result of the company’s bankruptcy and the fines paid by its top management were certainly justified.  But as a researcher, finding more different people to make a sample size more robust and minimizing the chance for vendor bias are qualities to be celebrated, not denegrated.  I have little doubt that elements of their strategy are still being utilized.  Again, people like Cruz and the criminals who continued to advise the Trump administration may be morally bankrupt.  certainly, many of their candidates are as well.  But those that employed the services and valued the words of Luntz  are not dumb.

But plenty of voters, and yes, even some journalists, aren’t very smart.  And they have much more in common with those that hire than those that observe.  And those that observe don’t always observe fully objectively. This is a plea that if you’re reading this, try and be ahead of the curve.

Pay attention to the details.  Pay attention to the way things are asked.  When headlines crow “Democracy is at stake!”, ask this question to yourself:  “How do you define democracy?”  To some, it’s who won the 2020 election,  To others, it’s their right to be able to afford gas,  To still others, it’s their right to choose who they love and who they allow into this world.  You can’t roll up answers to an ambiguous question and consider it valid, much in the same manner that you’d be right to suspect whether a streaming service that combines viewing or revenue data from several sources is being fully transparent.

Frank Luntz may be a little busy this season, but I’m free if you want to check in.  Consider it my way of helping to save democracy.  Whatever that is.