Ten years ago this month I was hired for what some accurately called an inevitability.  I was given the chance to head programming and scheduling for GSN, otherwise known as Game Show Network.  In the impeccable words of yet another prematurely departed colleague, the eloquent David Lyle, it was akin to putting Dracula in charge of the bloodbank.

I had had the chance to work with some wonderful creatives and companies involved in game show production and distribution, of course, always being on the fringes of being fully in the trenches.  But now I was THE guy in charge of what old shows would be seen by the thousands of passionistas who I’d often see at fan conventions who knew more about the details of my career than I did.  I was actually going to get paid (decently, I might add) to meticulously watch game shows.  I was overjoyed.

One of the first tasks at hand was to schedule a marathon tribute to Betty White on the occasion of her 90th birthday. 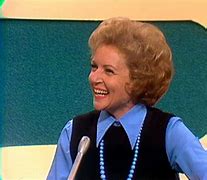 My direct report, a meticulous and classy woman named Ann Hummel Boreing, sat down with me to review which episodes of which shows in our inventory could work best both creatively and budgetarily.  There was a file already prepared with details on all of the episodes of all series GSN owned at the time in which Betty had appared as a guest star. It had originally been created in 2007, when Betty turned 85.  Ann sheepishly said “We all thought she was going to die soon, so we’d be ready to go as soon as it happened”.

GSN had obtained rights for a few other episodes featuring Betty in the five years since the orignal file had been created, (yes, I knew many without looking at the revised inventory), so we augmented it for her 90th birthday tribute.  I suggested that since many veteran personalities were aging, we might want to prepare such lists for a few other big names.  Before 2012 ended, we aired marathons celebrating the lives of Bob Stewart, Dick Clark and Richard Dawson.  They all performed reasonably well ratings-wise.  Our head of sales, John Zaccario, was able to find advertisers more than willing to throw a few extra bucks (and believe me, it was indeed only a few) to move their spots into these specials, and we delivered the incremental audience he convinced them it would deliver.

My first year at GSN was fantastic.  Ratings went up by double-digits.  I had the chance to be deeply involved with the short-lived revival of The Pyramid, my all-time favorite format, otherwise known as the show that spawned Mike Richards’ game show hosting career.

I was a passionate advocate for airing original shows five days a week in key time slots, both for continuity and to maximize sales upside.  In Zaccario’s world, we called the 6-7 PM time slot “pre-prime”, which meant he could seek the same CPM in an earlier time slot than what he could charge in “pure prime” (8-11 PM).  On Labor Day 2012, the premiere of The Pyramid delivered roughky 600,000 households, an excellent performance for the network at the time.  John was happy.  Ann and I and the balance of our staff were seen as a great team.  Things were, pardon the pun, humming on all cylinders.

As time went on, despite this success our superiors seemed determined to chart a different creative strategy, one that emphasized reality competitions with higher budgets that would premiere in pure prime on a once-a-week basis and then try to monetize their investment by airing dozens of times across several weeks.  While that strategy would potentially work to justify the return on investment on each show, the net effect on the metric I was most judged by–the average audience delivery of the daily schedul– cratered.  The management we reported thought we could become Bravo or E! and effectively told me to find a way to make their vision work, blurry though it may have been.

Ann embraced it.  I wouldn’t.  I couldn’t.  I knew it was ill-advised, and by emphasizing shows that were arguably not “shiny floor” game shows, and by embracing a branding that was hell-bent on referencing it at GSN rather than Game Show Network we were risking losing the association with the very genre we were servicing.  At that point, We had a lovely but miscast head of marketing who had come from ESPN, who had reminded us that no one knew that ESPN originally stood for Entertainment and Sports Programming Network.  Maybe the concept of an acronym as a brand worked for a Worldwide Leader, but it didn’t help us. 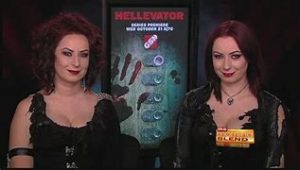 In hindsight, one of my last straws was when the network ordered a show from Blumhouse called HELLEVATOR, which ostensibly was set in a haunted house with many floors, where one would board a creaky old lift and face a series of challenges akin to what you’d see on a Disney Halloween ride in pursuit of $50,000.  Because it was Jason Blum, the license fee was exorbitant.Because it was GSN, they couldn’t produce it a building with an actual elevator.  They used a set piece that looked like an elevator and would redress the set with the different game scenarios for each round.  It was tedious, backbreaking and expensive and required a lot of post-production. Delivery of the limited number of original episodes we could afford was delayed several times.  But it was THE top priority for our management, and my tasking was to shut up and make the rest of the schedule work to accommodate the overages.

Didn’t happen.  By the time HELLEVATOR eventually premiered, I was long gone. It indeed crashed and burned.  The executive who drove it hastily left for another network, and the network had to regroup.  Fortunately Ann was still around.  The management that came in realized that the brand and the focus had strayed very far.

Original production shifted back toward lower-cost daily series with more nominal payouts.  They emphasized formats with playability, such as AMERICA SAYS!, which is effectively a poor man’s mashup of Family Feud and Match Game,  and CHAIN REACTION , a word game that virtually begs for a viewer to take guesses as words relared to each other are revealed letter by letter.

CHAIN REACTION is a metaphor unto itself for how Game Show Network can succeed and fail. A title owned wholly by Sony, it was originally produced in 1980 hosted by none other than the iconic Bill Cullen and had been rerun consistently with surprising success.In 2006 Michael Davies revived it with a young actor named Dylan Lane and cast it with predominatly young attractive New York co-eds and frat boys who were almost always far weaker at playing a very complicated end game than, let’s say, Betty White was back in the day.  It did OK, and again those reruns held up remarkably well over time.  After an ill-advised even more short-lived revival in 2015 that eliminated the end game entirely, it was brought back yet again last summer, and Dylan, who had basically gone back to obscurity in the 15 years since he first got the chance to host, was resurrected (along with the originalcolor scheme!) 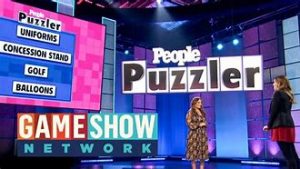 Yesterday I was feeling a tad exhausted and frustrated from the aggravation of the week I shared with you previously–death, delays and Omicron surge bullsh-t.  Like many these days in need of an escape, I lied down and turned on GSN’s afternoon lineup.  These days at 6 PM eastern (following two episodes of CHAIN REACTION) they are running PEOPLE PUZZLER, an unashamedly brand-driven crossword clue game that runs five days a week.  I had yet to see a full episode of it.  Leah Remini is surprisingly competent as a host (though she’s no Betty White :)). The game was easy and fun to play along with,  I relaxed and quickly took a needed nap.  It did the trick.

I later learned that ten years after The Pyramid, in a landscape where massive audience erosion is the norm, GSN is again delivering 600,000 households at 6 PM with PEOPLE PUZZLER.  I saw that the Betty memorial marathon was scheduled, and will air Monday on what would have been her 100th birthday.  It will be made up exclusively of Match Game and $25,000 Pyramid episodes, the original 2007 blueprint than Ann drew up.  Ann is now a senior executive overseeing strategy for GSN and several other networks, with deep ties to Sony corporate, and likely arranged to quickly release the $25K episodes that had lapsed as a favor–something I often did when earlier memorial marathons were scheduled.  John Zaccario now runs the network, which has been re-re-branded as Game Show Network. I’m confident he sold in a few more bucks in the process.  It looks promising,  Why not?– it was 15 years in the making! 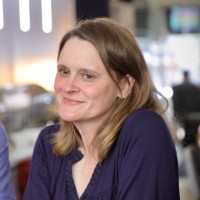 In calendar 2021 Game Show Network ranked in the Top 40 out of more than 150 linear networks measured by Nielsen in terms of that average audience metric that I couldn’t control.  Ann and John are doing great, architects of a renewed and profitable business.  The last vestige of the management team that I clashed with will be leaving the network shortly.  I kind of wish Game Show Network still had a place for me, but it’s pretty evident they’re doing more than fine without me.  I’m available if desired, just like Dylan was (BTW: we both decided it’s better to be bald these days),  but even if that’s not the case rest assured I’ll always be a fan.

Congrats to all. And Ann: you might want to double-check on the details for the Bob Barker marathon we put together :).