Any time you can get competitors to agree upon anything as simple as “it’s raining outside” in this climate, it’s newsworthy.  One only needs to look at the sh-tstorm that unfolded in real time in the House of Representatives’ chambers last week as evidence of that unfortunate truth.

So when an item like this one from Ad Age’s Jack Neff got dropped yesterday, it was not only attention-grabbing, it was atypically encouraging:

Four of the five biggest U.S. network TV players and the OpenAP data collective are creating a so-called Joint Industry Council to set standards, coordinate collection of streaming data from programmers and certify third-party players to measure streaming audiences in time for the 2024 upfronts. Fox, NBCUniversal, Paramount, TelevisaUnivision and Warner Bros. Discovery are the networks initially agreeing to share their server data, with OpenAP fostering the inter-operability of the system. But other players that haven’t been part of OpenAP up to now, including The Walt Disney Co., Netflix and Amazon are free to join and encouraged to do so, executives said.

What’e especially significant about this is that it establishes both processes and a framework for accreditation of numbers heretofore existing mainly in the proprietary databases of the participants.  It will allow for inclusivity and transparency, which if you’ve been reading many of these entries you’ll note has been one of the more frustrating realities of dealing with the inexorable pivoting to a multiplatform universe where cord-cutting is becoming more prevalent and core nevers mature and become heads of demographically desirable households.

And as some of the leaders of the sales organizations of these companies, many newly ensconced in their positions with newer and more global perspecties than those of their veteran predecessors, explained, apparently we’ve been among the last holdouts that have yet to embrace the concept of joint initiatives to drive overall business.  Neff continued: 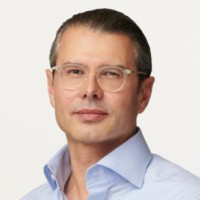 U.S. players have been looking at joint industry councils in other countries, said Krishan Bhatia, president and chief business officer of NBCU.

“We felt strongly we should take a page out of the book of those other markets and formalize it in a new entity that can accelerate execution,” he said. “The track record we had with OpenAP over the past few years created both a trust among members and putting points on the board. We’ve built a multi-hundred-billion advanced advertising platform and business that governs, very similarly, data and audience targeting standards for activations for agency and client partners.”

And as his counterpart at Paramount Global John Halley added, the timing of and necessity for this initiative is crucial:

“This is the first time that our industry has come together and said, ‘Look, there are principles of currency that need to be adhered to by any of these new currency products to become standard,’” Halley said. “There have been other efforts in the past to help enable those products, but never have we put them under the microscope and said how do they work and how do they interface with what the industry needs?”

The fact that the founders and drivers of this initiative are companies that have their roots in, and still rely significantly on, viewership of traditional linear networks is notable.  You can call it them Paramount and Warner Discovery, but they’ve competed as CBS, The CW, TBS and MTV for decades.  The viewership for those entities has always been primarily through a third part that processes data publicly, one called Nielsen.   But that data has been simpler to aggregate and Nielsen was more responsive to the immediate needs of their clients in those days.   As we’ve written often about of late, Nielsen is struggling to bring to market the necessary and long-planned updates to their portfolio, and they and their competitors continue to be bogged down by what seems to be an endless number of fits and starts.  And as Neff explains, this industry absolutely needs some acceleration of that timetable:

The standards-setting and auditing sound very much like what the Media Rating Council does. But the MRC also represents buy-side agency and brand marketing players. And NBCU and Paramount executives said the JIC is only looking to complement, not replace, the MRC. The JIC in a statement said it will work with a variety of trade groups including the Video Advertising Burea, Association of National Advertisers, 4A’s and Advertising Research Foundation.

While it might not replace the MRC, the JIC may be faster. The MRC, while it long has had published cross-platform measurement standards in place, has under review the re-accreditation of Nielsen panel-based TV measurement and Digital Ad Ratings, plus new applications for Comscore TV measurement and one component of iSpot.tv’s measurement. But audits have yet to begin on components of Nielsen One—intended to be used as currency by the 2024 upfronts—and other measurement players, including VideoAmp, have yet to begin the audit process. There’s no guarantee those audits will all begin, much less be completed, by May 2024.

Without a doubt, this topic will be discussed in deeper detail at upcoming conferences and pre-upfront meetings, such as the Media Insights Conference in San Diego at the end of this month (as always, you can click on the link below to register and use my code for a discount).  Many of the key players from this companies, as well as their undecided brethren, will be in attendance.  In the same rooms, sharing a vision and a goal, not isolated and working remotely and hoping their ability to convince the world their numbers without competitve context are meaningful.

Not that we’re calling out anyone still on the fence specifically, but at this crucial time for the industry and the economy, anything that doesn’t promote the overall concept of counting everything accurately is kind of, well, ta-dumb, don’t you think?