I’m loyal and old school, at least I try to be to entities that won’t turn on me because of circumstances beyond my control.  So despite the frequent lambasting and disappointments that this season’s SATURDAY NIGHT LIVE episodes have received from both vox populi and critics, not to mention lower ratings than in recent years (to be fair, true of almost every non-sports television program of late), I continue to watch, though often, like the majority of its current viewers, on time-shift and/or in online clips. 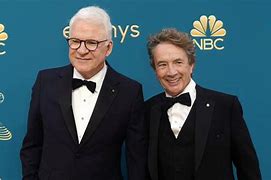 But last night, for what is often one of its highest-rated opporunity slots of the year, the pre-Christmas December episode, NBC called upon not one but two show veterans, who between them had nineteen previous hosting stints, nearly a century of performing experience and nearly 150 years of life.  And neither Steve Martin nor Martin Short disappointed.

And this was not a reunion deisigned to drum up fond memories of past characters either have portrayed on the show.  Let’s face it, characters like Martin’s “wild and crazy” skirt-chasing Georg Festrunk and Short’s cowlicked Pat Sajak-worshipping Ed Grimley haven’t aged well, and might have gotten either or both cancel-cultured off the show.  (And yep, I realize “let’s face it” was one of Grimley’s catch phrases, I must say).

I must also say that these veterans–and friends–delivered one of the busiest and most creative efforts not only of this season, but in many recent ones as well.  With the exception of WEEKEND UPDATE, they appeared in every single live and taped skit of the 90 live minutes, proving that septugenarians can not only stay up past midnight, but they can work hard, change costumes quickly and slay their lines as hilariously in 2022 as they did 40 and 45 years ago.

The only dog whistle to either’s past roles was an inspired send-up of their FATHER OF THE BRIDE remake series which featured an exasperated Martin planning to give away his “darling, post-menopausal baby”, for her eighth wedding at age 52, with the help of Short’s over-the-top wedding planner Franck, a spoof which in six minutes had far more laughs than the sappy, politically correct Andy Garcia-helmed re-reboot.   Bringing back Kieran Culkin, who as the bratty younger brother wasn’t all that much less mature than the Roman Roy character he plays on SUCCESSION, was a brilliant finishing touch. 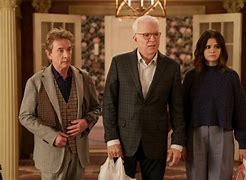 In sketch after sketch, Martin and Short displayed the same penchant for wry humor, a wink to the audience and obvious love and respect for each other.  And thanks to their new partner in crime, Selena Gomez, who shares the spotlight with them on Hulu’s successful whodunnit comedy ONLY MURDERS IN THE BUILDING, they have found a significantly younger and more diverse audience than they had in their earlier years.  That show is thankfully shooting a third season, which is planned for release next year on the heels of the resumption of their YOU WON’T BELIEVE WHAT THEY LOOK LIKE TODAY! live tour. 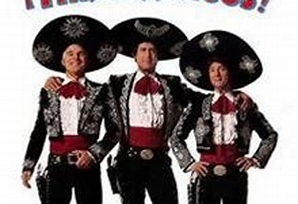 And, truth is, they don’t look all that much different than they did when they were part of the THREE AMIGOS (save for Martin’s thick eyeglasses).  A farce that I suspect plays better with Latino audiences than does FATHER OF THE BRIDE.

And let’s not forget that behind all of this is another pretty impressive seventy-something, Lorne Michaels.  Michaels has reignited this franchise several times over the forty-plus seasons he has produced, the first time tabbing his fellow Canadian Short as an alum from SNL’s companion series SCTV to help stabliize a declining series which had its weakest moments in the first half of the 1980s.  Many have compared this season’s marginal new additions, on the heels of the loss of strong veterans like Aidy Bryant and Kate McKinnon, to the crop that Dick Ebersol tried to replace the show’s original Not Ready for Prime Time Players with.  James Austin Johnson’s superb Trump and Biden aside, there simply isn’t an Eddie Murphy in this cast to supercharge a comeback.  With a 50th anniversary season and Michaels’ potential retirement looming, not to mention increasing cost-consciousness in a declining industry, the fate of the show has actually been debated–though at the moment NBC insists it will go on in some way, shape or form.

Indeed, like weeknight late night shows, the majority of SNL viewers do not watch on Saturday, at night, or live.  But this one demanded it should be.  I watched in real time, with commercials.  And even cord-cutters had the chance to experience this, with my YouTube alert signaling the brilliant opening act (featuring some of the show’s stronger current veterans like Cecily Strong, Kenan Thompson and Bowen Yang) to at least expand its reach for the first quarter-hour, then ending with a click-through opportunity to watch the balance on Peacock.  Where it is currently simulcast live and where clips are most readily accessed.

At least for one more night, the old gang was on point, the jokes were crisp and the younger cast seemed elevated.  With bad weather on both coasts as an added factor, I’m predicting the ratings on thie one will be pretty decent, if not a season 48 high.

Ironically, this may occur just as its Los Angeles flagship KNBC bids farewell to several veteran news anchors, who are “retiring” after decades of solid journalism and, yes, lead-ins to late night TV.  Sure, younger, less familiar names can do the job cheaper.  But can they do it as well?  News isn’t comedy (well, at least in NBC’s world), but the point shouldn’t be lost.  Older folks with young minds and energy are sometimes more needed than even those who are getting their chances might admit.

I’m parochially hoping that someone in charge who watched these legends reads this, and might think of inviting yours truly back into the building as well.