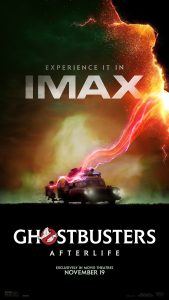 Through the courtesy of my roommate (someone else we give thanks for this week, BTW), I got to see GHOSTBUSTERS: AFTERLIFE during its theatrical launch weekend, the first time I’ve ventured out to a movie theatre during its first few days since the before-times.   As I spent my most recent corporate years in Sony’s employ and seeing the franchise nearly mortally wounded by the all-female 2016 version,  let alone many warm memories from how much I enjoyed seeing the original multiple times in movie theatres and on VHS with a brew and a blunt, I had a slightly more vested interest in this one than most.

Critical reviews have ranged from tepid to scathing; Rotten Tomatoes giving it a modest 63% on the Tomatometer incorporating 224 such writeups,  with the likes of the Boston Herald, the Chicago Sun-Times and Roger Ebert.com calling it “silly’, “pandering” and “unnecessarily serious”, comparing it to an episode of “Stranger Things” (and, yes, Finn Wolfhard is the lead in both).

Well, it opened as the biggest-grossing movie of the pre-Thanksgiving day weekend, $44 million domestically and $60 million globally, and it did so exclusively in theatres (Sony is one of the few major content suppliers that does not have a corporately aligned streaming service).  And via the same Rotten Tomatoes measurement, among audiences it has a 95% approval score based upon more than 2500 such reviews.  The results speak for themselves.  And for what it’s worth, I loved it. 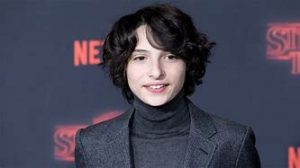 I believe there is as much takeaway from this on the entire approach to the production and distribution of movies as a whole as there is the disconnect between popularity and acclaim.  This was clearly a throwback in every sense of the word–IP nearly 40 years old, an initial window without PVOD and no connection to a multiverse.   No algorithm targeted potential couch potatoes with screen grabs while scrolling through endless menus, and you had to actually brave the elements to get your tush into in a theatre and (gasp) sit in a dark theatre among strangers (admittedly, my screening had less than a dozen socially distanced attendees, but because the film was in wide release there were enough such screens to get the results it achieved). 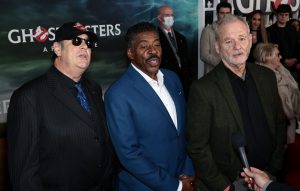 Without spoiling the plot line, I will divulge that one of the key moments in the movie is when the OG Ghostbusters triumphantly turn up during one of the more crucial scenes to have an impact on the battle that the new school teen heroes are waging.  When Dan Ackroyd, Bill Murray and Ernie Hudson show up, a bit greyer and heavier but just as deadpan as when they swaggered into Times Square during the Ed Koch era, I leapt to my feet teary-eyed and grateful.  With 37 years of reflection, Ray has learned how to say “yes” when he’s asked if he’s a God,  Venkman has a bit more succesful with his love interest and let’s further say the list of comebacks doesn’t end there.

There seems to be a resignation and a sameness surrounding the approach to movie-making in the 2020s among Sony’s competitors.  Theatrical releases seem to be focused around franchise extensions targeting Gen Z and millennial consumers with nine-figure budgets, often incorporating simutaneous streaming windows that encourage echo effect viewing of previous installments.  The Warner Brothers approach to the likes of Dune, Many Saints of Newark and Wonder Woman 1984 has been particularly centered around that strategy, effectively disavowing any conclusions its box office take might offer with the ambiguity of knowing that there was substantial home viewing that goosed the total exposure but having to rely upon proprietary data from the studio to self-define exactly how much of it there was.  We have exhaustively documented how Netflix (and Prime Video and Apple TV+) self-report and declare something a hit with quantitative data in the same way that critics proclaim a movie worthwhile based on their own personal taste.

One thing I have learned during my extensive career is that you can fool your bosses, your investors and the media into telling the story you want told but at the end of the day your audience speaks loudest with its actions and its choice to spend money and, more importantly, time with you.  GHOSTBUSTERS: AFTERLIFE resonated with audiences, Sony’s research strongly suggests there may be further momentum this week with reunited families more willing to venture out to a multiplex and see something with multi-generational appeal, and it’s already been more successful with ticket sales than the 2016 version, released with a substantially higher budget and arguably targeting a wider potential audience of disenfranchised women that this version. 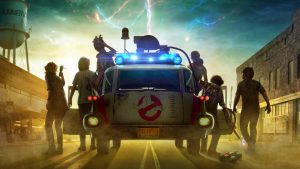 This success speaks volumes to the vision of studio chairman Tom Rothman, who believes there is still a world where old school ideas in how and where a movie is made can still work if you have something that people actually still want.It’s very clear that there’s still enough life in these old dudes to strike a blow for 20th century ideas in a 21st century world.  Selfishly, I’m most thankful this week for that.

1 thought on “One For The Old School Way”