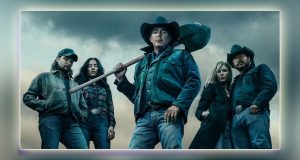 I’ve frequently lamented that the concept of overnight ratings for television shows has virtually disappeared, the victim of both measurement incompleteness and industry apathy.  In a world where the very existence of facts is open to interpretation, the reporting of them is, at best, skewed and sporadic.

I’ve often called out streaming services and the third party companies that attempt to measure them (yeh, I mean you, Nielsen) for being especially disingenuous and incapable.  Just yesterday Nielsen released “breaking news” that Squid Games opened October as the most-viewed new series on Netflix based on their archaic and niggly rule that audience estimates aren’t “official” until they reach Live + 35 days.  Yep, the world was exactly the same 35 days ago.  Virginia had a democratic governor, for example.

So when news is reported about the season premiere of a scripted series on a linear TV network, you’d better believe it’s significant.  MTV Networks gleefully reported yesterday that the Season 4 premiere of Yellowstone was viewed by  by more than eight million viewers–the biggest audience for an original episode of an entertainment series on cable network in almost four years.  That’s one network, one night, the first two episodes of a new season of a series that hadn’t aired a new episode in more than a year.   When simultaneous and encore airings were factored in (it has become commonplace in recent years for many media companies to make its signature series premieres available on lesser sister networks, the programming equivalent of an ad roadblock), that aggregate viewership rose to well over 11 million total viewers.  Any time any content can reach an eight-figure viewership levels in 2021 that is indeed big news.  Well done, Chris McCarthy and team.

ViacomCBS also had relatively great news about the series premiere of its revival of Dexter, a series that helped cement its Showtime pay TV network as a source for quality scripted series with broad appeal during its previous eight-year run during the oughts.  These numbers were relatively impressive but a bit more sobering.  On the linear Showtime channel, Dexter: New Blood reached 678,000 total viewers, a decent number eclipsed recently only by the series finale of Shameless (10 years in the making) earlier this year.  Showtime was quick to point out that when encores and cross-platform viewership was factored in total viewership more than tripled to over 2.1 million total viewers, thus making it the most-viewed episode of a premium cable network cable drama in 2021 (take THAT, Logan Roy!). 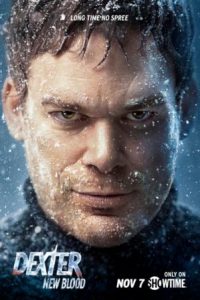 But when you delve a bit deeper into these headlines you realize exactly how much the media world has changed even in the last few months.  Regarding Yellowstone, those 8.12 million total viewers are largely represented by viewers over 50–per Viacom, only 2 million were adults 18-49.  This is hardly surprising, given that Yellowstone is in a genre (western) that largely appeals to older adults, airing in a linear ecosystem that more than one-third of adults under 50 no longer receive with a lead (Kevin Costner) who turned 66 this year.  For an advertiser-supported cable network whose very existence within ViacomCBS has been compromised (imagine the confusion between The Paramount Network–Yellowstone’s home–and Paramount Plus, the streaming service that has been the corporate focus since its launch earlier this year) this detail was understandably buried.

As for Dexter, the even more sobering reality that the majority of even its premiere night audience came from Showtime platforms other than the nearly 50-year-old network itself exemplifies exactly why so many media companies no longer prioritize linear audiences.  As a pay network, demographics and single-night viewership have long been less than a top priority for Showtime.  They care about subscribers, who can be and are motivated by every factor from word of mouth to peer pressure to impulse buying.  As Leblanguage has often surmised, the end game of subscription television is much like Costco membership–they don’t care if you ever consume anything, they care if you pay for the right to shop.  It honestly doesn’t matter to them when or even if you watch Dexter: New Blood.  Just send us a few dollars a month for the chance to do so down the line.   Oh one more thing–its lead, Michael C. Hall, turned 50 this year.

And this is where the real issue may lie.  In an America where representation in media is considered essential to personal consideration sets, the rare new shows featuring talent who have lived through at least five decades are embraced by those of us who appreciate them.  Headlines are rampant about transgender and ethnic representation but little is reported about ageism.  It is assumed by more than a plurarity of executives that people in my age bracket are less crucial to their futures.  Little could be less true.

In the last year I’ve subscribed to seven new streaming services, embraced FAST channels via Roku and will drop DirecTV like a rock the moment the NFL announces Sunday Ticket will no longer be exclusive to them.  And I’m WELL over 50.  The data Showtime reported about aggregate cross-platform viewing is largely from proprietary resources which mostly generate impressions where demography is at best imputed.  We can’t question its legitimacy (though we certainly have reason to, givem the wild west of unaccredited services measuring content) but we would ask if they have any idea how many of those non-linear incremental viewers were older than 50?  It might shed some valuable light on what content should be valued.

Think of the failure rate and the disposibility of original series for both linear and non-linear TV that feature voices of Generation Z and millennials exclusively.  Think of the struggle to even become relevant to overwhelmed, distracted and cynical viewers.  Maybe it’s not such a crazy idea to think that if you truly want to succeed you should find a way to include the voices of those of us who have been speaking for a long time rather than focus on amplifying those yet to be heard.

And dammit, that includes hiring those of us who remember why the original Dexter series worked, and who remember when Kevin Costner was a young stud and who remember why westerns resonate (it’s good versus evil, by the way, and good almost always wins),  Let this week’s ratings news–and the fact that a starved trade media so readily reported on it–be the guide for reconsideration.