An awful lot of deals have been happening in media of late as the toll of streaming wars and the fractionalization of an overwhelmed, economically challenged consumer base is making every third quarter report being released one that inevitably shows decline, revised estimates and, sadly, dour reactions from pundits who lament everything from overly optimistic growth projections to simply not making something they actually like.

I’ve written on more than a few past occasions about Peacock, probably because a) I grew up with NBC as my soundtrack from everything to daytime game shows, The Today and Tonight Shows, and Must-See TV and b) I’m a huge fan of the management that’s steering it, as well as many of the choices it offers.  I often watch streams of  Premiere League soccer, clips of the current late night shows, NASCAR and, last summer, an awful lot of Olympics coverage.  Peacock used all of those quivers in their bow to launch in what was arguably an already supersaturated market two summers ago,

But as many less bullish observers have noted, they’ve kinda hit a wall.  As Michael Tedder observed in a piece for TheStreet.com last week, he believes this bird is between a rock and a hard place.  Yes, its 15 million subscribers are a fraction of the 220-million plus that Netflix and Disney both currently tout, all the more signfiicant as they both launch ad-supported tiers.  There are some obvious organic reasons for those disparities.  Both have been around longer, both are much more global in their reach, and Disney has utliized bundles with the likes of Hulu and ESPN+ to help drive adoption.  Tedder observes, with perhaps a bit too much editorial license, that a bigger reason may be Peacock’s lack of a “buzzy” hit, and their unwillingness to stand behind it the way, say, Netflix and HBO Max are doing:

There are more streaming services than ever, competition for eyeballs is fierce, and many subscribers are fickle, willing to sign up for a month and then leaving after they’ve watched whatever they wanted to watch. Netflix also has first mover advantage, while Disney has access to Marvel, Star Wars and decades of children’s cartoons. But another problem is that Peacock just isn’t making shows that a lot of people want to watch. But you know what’s not going to help matters? Giving away the one show people do really like to one of your biggest rivals, but that’s strangely enough what Peacock has decided to do. 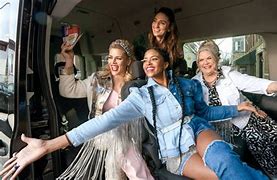 But its most widely loved show is the comedy “Girls5eva,” a musical comedy starring Sara Bareilles, Renée Elise Goldsberry. The show, created by Meredith Scardino and produced by Tina Fey and Robert Carlock, tells the story of a former pop group that reunited as adults to continue to chase the dream; hijinks and ridiculous song parodies follow. It might not be a monster hit, yet, but it is by far both Peacock’s best show, and it’s most popular and acclaimed scripted series. It’s Peacock’s only show that inspires Twitter memes and that lands on Critics’ Best Of Lists and that has been nominated for an Emmy and a Television Critics Association Award. But in a surprising move, Netflix has now picked up the third season, and will also share with Peacock the first two seasons. This is probably good news for the show, as now many more people will see it, and Peacock got some licensing money. But why would any streaming service essentially give their best show to their biggest rival?

Well, Mr. Tedder, awards don’t necessarily translate to viewers or subscribers , and shows like that are hardly broad-appeal.  Netflix and Disney have one other key component that Peacock has lacked–family-centric, escapist scripted content, both new and old.  And in a deal ironically announced on Halloween, they struck a groundbreaking deal with Hallmark Media to serve as their streaming hub, which by all indications is a win-win for both sides.  As Alex Weprin cited in The Hollywood Reporter: The NBCUniversal-owned streaming platform announced a wide-ranging content deal with Hallmark Media on Monday, a deal that include streaming simulcasts of Hallmark’s linear channels, as well as a library of on-demand and next-day content.

The companies are branding the deal as a “first of its kind” arrangement that includes both the live linear channels (typically available through a cable or satellite provider) and a subscription video on-demand library deal.

Hallmark, as one of the few small, independent TV channel owners (Hallmark Media is owned by Hallmark Cards, Inc.), has had to adapt to a world with cord-cutting on the rise and entertainment consumption moving to streaming. Its bread-and-butter movie formula has also been aped by competitors like Netflix, making the need to find a streaming home all the more important.

Hallmark could have followed the lead of the likes of AMC and Paramount and attempted to leverage their impressive array of content within its own walled garden, and now is as opportunistic a time for them to have to have done so than ever.  They own the lucrative holiday content area, their linear premieres are already making their way to the tops of the cable ratings charts, and Lord knows with the anxiety of elections, economy and COVID panic people need this kind of content more than ever,  And Peacock and its management know that.  And it would take Comcast and NBC a lot longer to do that and, if the likes of LOPEZ VS. LOPEZ are an example of how they’re thinking, I’m not sure Wall Street has that kind of patience in them.

As for Girls5Eva, well, Universal sold it to Netflix, where it will continue in originals and will share its first two Peacock seasons with its originator.  Tepper seems to be more than a bit stunned at that move.  As he opined, he sees this as a white flag of sorts:

Is this one of those decisions that only makes sense if you’re in the thick of it? Or is NBC signaling that they are giving up making Peacock a brand with a distinct voice, and are content to just let it be the catalog of Universal while offering up nothing else? It might be too soon to deem Peacock the first major casualty of the Streaming Wars, but this decision isn’t boding well for the platform’s future.

When you’re hovering at roughly 5 per cent the level of your best-in-class competitors, who themselves are now trying to convert as much of their bases to ad-inclusive as possible, you need to make moves like this to justify your existence.  Being an “arms dealer” isn’t necessarily a sign of weakness, rather, it’s a realization that it’s sometimes better to fight wars as am army rather than several disparate rogue troops.  Peacock needs Hallmark, Hallmark needs Peacock, and in a world where storybook marriages abound and achieve success, this move on Wonya Lucas and Kelly Campbell’s parts is actually pretty savvy.

During the Reagan era, WNBC-TV used to gather its staff around the Rockefeller Center tree and rink and warble a holiday carol to its viewers.  One of its more popular ones was “We Need A Little Christmas”, the hit from MAME.  I’m glad its corporate brethren of today realized that

I bet if  they were given the chance, Girls5Eva night even provide harmony.