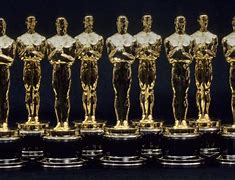 The Oscars are being given out tonight, restored to its Hollywood venue, a full-fledged red carpet and rife with anticipation that TV rating downtrends of recent years will be reversed.

A lot of attention has been paid to a precipitous ratings decline that reached dumpster-fire proportions last spring, when the muted Union Station affair failed to attract even ten million viewers.  As entertainment attorney Tom Lallas noted to FOX News:

“ABC controls a television product that has ratings that have fallen off a cliff,” he said, explaining that in 1998 when James Cameron was the Oscars’ star attraction with “Titanic,” there were 57.25 million viewers. Last year in 2021, there were 9.85 million viewers — a whopping one-sixth, as many as there were barely 20 years ago…. As recently as [2019], there were 29.6 million viewers, so that was three times what it was last year, and that’s a reflection of the fact that people were still going to movies. In 2020, at the very front end of COVID, there were twice as many as last year, which was [23.6] million [viewers].”

So ABC, owning rights that extend until 2028, is doing as much as possible to organically improve ratings.  As FOX News further reported:

“to mitigate a ratings’ lull, the Academy has said that it plans on eliminating eight of its honors from the show in an effort to streamline the floundering telecast and that the awards would be presented off-air and then edited into the program itself. This year, those categories presented in the evening’s first hour and seen later in the live broadcast are, alphabetically: Documentary (Short Subject), Film Editing, Makeup and Hairstyling, Music (Original Score), Production Design, Short Film (Animated), Short Film (Live Action), and Sound,” Academy of Motion Picture Arts and Sciences president David Rubin wrote in an open letter to Academy members last month.

And in an effort to restore some star power to what remains of the broadcast, for the first time since 2018 the ceremony will be presided over by a host–in fact, three of them.  Amy Schumer, Regina Hall and Wanda Sykes will share the duties, marking the first time a trio of women will have the honor.   All with prominent current theatrical careers, and assuredly each representing a specific subset of representation.  Because certainly the collective audiences these ladies received on Life and Beth, Black Monday and The New Adventures of Old Christine should help stop the bleeding. 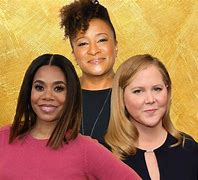 And here’s the weird thing.  They are as qualified to helm these awards as anyone historically was and, in a landscape where the strong likelihood is that the major awards will be garnered by movies that premiered outside traditional movie theatres, currently should be.  It’s not like Bob Hope, Johnny Carson or even Jimmy Kimmel were doing a lot of movies when they hosted.  As we’ve noted previously, more than ever the entertainment landscape is one where the very definition of a movie is being challenged by a generation that no longer embraces the notion of leaving their couch and paying incremental money for quality entertainment.  So, naturally, the idea of seeing unrecognizable people win awards for the more technical aspects of a theatrical production is perceived to be as much of a deterrent to watching a laboriously long, self-indulgent gala as any.  Equally naturally, the protest from traditionalists about these awards losing their window on the telecast has been a painful wail of lament.

In true Leblanguage, get over yourselves, Academy. 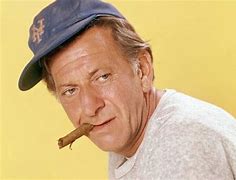 There has been a disconnect between what you consider to be quality and what the public deems populist pretty much since Titanic.  You’re offering up bistro fare to a world that has moved toward DoorDash contactless delivery from WingStop (chicken thighs these days, even).  So let me offer up some possible solutions of my own:

Borrow a page from another Oscar.  Madison. He had a bet on every major live event he watched.  The awards are tallied in a way where the winners in key categories can be announced a la the Miss America pageant, whittling down the field throughout the broadcast from say, 10 movies to the top 5, then the Top 3, and finally reveal the winner.  In real time, where legally allowed you can make a deal with FanDuel or DraftKings for prop bets that viewers can make from their devices or even their smart TVs.  The Oscars can be legally wagered on in other countries.   The proceeds can go to support film preservation and education for filmmakers. You think finding out if you can accurately predict the voting order of the ten nominated films that takes the entire three hours to reveal might do more for total reach and time spent than eliminating a few minor award presentations?  Hmmm?

And while you’re at it, go one step further to align yourselves with yet another more populist Oscar.  Mayer.  Have them sponsor the wagering that could indeed raise the TV audience.  Encourage people to make hero sandwiches for their house parties where they will anticipate the results, the kind that take minimal effort and taste really good while they’re being wolfed down.  Just like the Super Bowl.  You know, the major event that still gets eight-figure (this year, nine-figure) TV audiences. 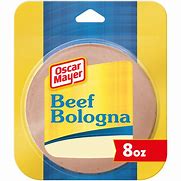 Besides, the connection between the brand and the award should be even more seamless than just the name.  Certainly, both will produce a lot of baloney tonight.Both may be hard to swallow.  But if we can just nudge the needle past 10 million viewers again and point to something resembling growth, it could be worth it.

Good luck, Oscars.  I’ll be watching.  But then again, attracting someone like me isn’t your problem.