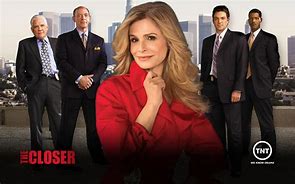 THE number was released to the media recently for the tenth consecutive year.   Yes, the eagerly awaited “official” annual tally for Peak TV, the barometer of the number of  adult-oritented scripted TV series estimated to have aired on broadcast TV, cable TV and streaming services in a calendar year.

More on that in a bit.  First some context:

If you have anything to do with scripted television content, even as a fan, you’ve eagerly awaited the release of an annual count of scripted television series from the FX Research department, one that has been tracked since 2009, with data going back to 2002, and that typically was revealed right around Christmas as a marker for where the business of producing content was, is and, most importantly, was heading.   Usually right after New Year’s a presentation to TV critics featured network head John Landgraf would give a bit more detail on those numbers and where our business was heading.

As I’ve written before, 2002 was when THE SHIELD debuted, effectively the dawn of the quality scripted TV era for basic cable networks and definitively the beginning of the FX brand that will enter its third decade in a couple of months.

Previously, pay TV networks such as HBO were the only non-broadcast networks who could afford to play at that lofty price point.  The success of THE SOPRANOS and others urged the management I answered to dream of “Free HBO”, challenge the norm with authentic storytelling that forward-thinking advertisers could choose to support, and roll the dice that at least if we were wrong we’d die with our proverbial boots on.

As THE SHIELD began to set records for viewership and began to make history by being honored with Golden Globes and Emmys, other networks entered the scripted content business.   Other networks found their own versions of THE SHIELD.  TNT had THE CLOSER.USA had MONK. 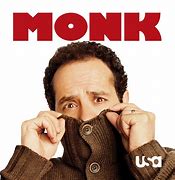 Lifetime had THE DIVISION.  FX responded with NIP/TUCK, RESCUE ME and later, SONS OF ANARCHY.  They continued to have a high batting average, but the game got more congested.  Our management wanted to underscore how significant our accomplishments were against a more competitive landscape, not only for audience and awards but also for the services of talented writers, producers and actors who could win their affection.  If nothing else, it reinforced at budget approval time that in order to maintain the beachhead they had staked, FX would require more resources and commensurate investment to do so.

FX won many of those battles, but as the scale increased the desired investment became greater, internal debates more heated, and therefore these numbers began to be released publicly .  As Michael Schneider recently wrote for Yahoo!: 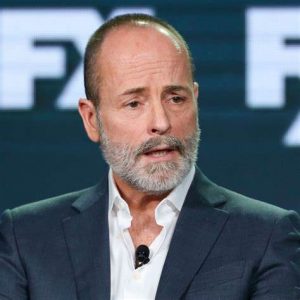 had made the state of scripted TV and the “Peak TV” measurement a part of his regular Television Critics Association press tour appearance, but the network pulled back on the presentation in recent years. Landgraf had once predicted that the “Peak TV” volume would indeed, peak, as it was not sustainable for the business. But the streaming media explosion changed that prediction. Landgraf has acknowledged that that growth has proved more sustainable than he originally thought, driven by the rush of media giants into the subscription-video space pioneered by streamer Netflix.

And that’s the problem these days.  Simply keeping count is a herculean job.  And the number of qualifiers to produce that number has expanded to eight lines of fine print.  Here’s this year’s, in a slightly larger font:

*COVID LOCKDOWN BEGAN IN MARCH 2020; INCLUDES SCRIPTED SERIES THAT AIRED/DROPPED NEW EPISODES IN THE GIVEN CALENDAR YEAR. EXCLUDES LIBRARY, DAYTIME DRAMAS, ONE-EPISODE SPECIALS, NON-ENGLISH LANGUAGE/ENGLISH-DUBBED, CHILDREN’S PROGRAMS, AND SHORT-FORM CONTENT. ESTIMATED BY FX CONTENT RESEARCH AS OF 12/26/21; CULLED FROM NIELSEN, STREAMING SERVICES, THE FUTON CRITIC, WIKIPEDIA, EPGUIDES, ET AL. BROADCAST INCLUDES PBS. BASIC CABLE INCLUDES AUDIENCE NETWORK (DIRECTV) AND SPECTRUM ORIGINALS. CURRENT STREAMING SERVICES = ACORN TV, ALLBLK, AMAZON, AMC+, APPLE TV+, BET+, BRITBOX, CRACKLE, DISNEY+, FACEBOOK WATCH, HBO MAX, HULU, IMDB TV, NETFLIX, PARAMOUNT+, PEACOCK, ROKU, SHUDDER, SUNDANCE NOW, TUBI, AND YOUTUBE
You got all that?
In previous years, Landgraf and team broke out the number of shows by their respective buckets of broadcast, cable and streaming, both to highlight the meteoric rise of production for streamers that they saw as the most imminent threat to the free TV sector and to illuminate the uphill battle they had to afford the continue the battle against the budgetary behemonths like Netflix and Amazon which were raiding talent with eight and nine figure deals from the likes of FX.  As windowing became more blurred–indeed, even the viewership of “cable” series such as FX’s THE AMERICANS 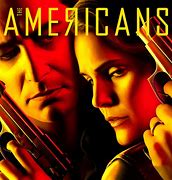 and DAVE were significantly augmented by time-shifted and streaming–and subsequent to Disney’s acquisition of FX that resulted in the “FX on Hulu” alliance that gave Hulu rights to the FX originals within 24 hours of their release on cable, that breakout no longer was supplied.
In fairness, that’s not a parochial tactic.  It’s the reality of the business model of 2022.  For example, HBO and HBO Max are co-mingled businesses.  Amidst the headlines of how HBO Max has been annointed to silver medal status by TV observers based on their rise in global subscriptions, that reality has been reinforced. (I encourage you to read Evan Shapiro’s recent LinkedIn post giving that some Leblanguage-like context of its own; link below).  ViacomCBS has seen such unexpected success from YELLOWSTONE that it has rescinded its rebrand of the Paramount Network to allow original episodes to continue to air there and use the franchise to boost Paramount Plus with its spin-off, 1883. 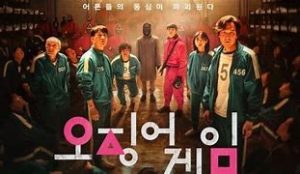 Previous seasons of YELLOWSTONE are allegedly among arch-rival Peacock’s most-viewed shows.   It’s that confusing and complex simply to find where a show airs, let alone if it will be watched.  There are no longer pristine buckets.  No surprise the delineation has ceased.
And here’s yet another headline.  FX’s count simply isn’t all-inclusive any more.  According to Netflix’s internal data, their most-viewed scripted hour of 2021 was SQUID GAME, a dubbed, imported series originally produced in South Korea.  Yep, it’s not part of the 559 that Landgraf’s team counted.   We’ve seen some estimates that if you add in such imports to the mix of viewer options 2021’s “number” was more than 1900 original scripted series. No, it’s not likely that FX was immediately considering any of SQUID GAME’s talent for any of their upcoming projects.  But it’s pretty clear that millions of viewers they covet chose to watch that over, let’s say, Y: THE LAST MAN, which is not being renewed after one season.
FX’s research department is one of the best of any industry.  My successor, Julie Piepenkotter, spearheads a team of extremely talented people that do a lot more than simply count shows, and are indeed some of the most valuable minds currently being employed by any division of The Walt Disney Company.  She’s been doing that a lot longer, and more successfully, than I did.Maybe it’s time that the industry stopped seeing their count and seeing what else they might know?  And perhaps the question should no longer be “how many” but “how many actually matter”?

A large chunk of the 559 or 1900+ shows have come and gone with little fanfare and minimal impact.  They’ll exist.  There are thousands of talented people around the world with the capacity to deliver quality content who may not yet have pedigrees.  They’re getting their chance, or soon will.  Demand is there, albeit splintered.  Renewal decisions these days are based on a myriad of factors well beyond popularity, which as Netflix’s data reminds us can be aribtrary and private.
FX continues to be among the best in class.  They are a far more honored and viewed supplier of content to Disney than many of their other businesses, ABC included.  They still make shows that MATTER.  And isn’t that what really COUNTS??!??
Until next time…
(3) “evan shapiro” | Search | LinkedIn