We learned earlier this week what else hundreds of millions of people were doing over the Thanksgiving weekend when they weren’t watching sports or finding new ways to stretch a costly turkey into a record number of leftover meals.  They were reconnecting with a little girl that they first met generations ago who has apparently given them enough a reason to keep Netflix among their chosen streaming services for now.

Per Rick Porter of THE HOLLYWOOD REPORTER:

Netflix’s Wednesday had a big opening week on the streamer — the biggest ever, in fact, for an English language series.

The Addams Family offshoot, which stars Jenna Ortega as the title character, racked up 341.2 million hours of viewing worldwide last week, according to Netflix’s internal measurement. That tops the 335 million hours for Stranger Things 4 the week of May 30-June 5 as the best week for any English language series on the streamer.

Squid Game holds the all-time mark on Netflix with 571.76 million hours viewed for the week of Sept. 27-Oct. 3, 2021. The Korean phenomenon also had two other weeks above 400 million hours. Netflix’s publicly released hours viewed metric dates back to June 2021.

Wednesday hit No. 1 in 83 countries for the week, tying Stranger Things 4. Netflix estimates that more than 50 million households worldwide watched at least part of the series, dividing the total viewing by the season’s running time of about six hours.

Figure on a holiday weekend a significant amount of those 50 million households included at least two people, and even by the confounding standards of how Netflix chooses to share their data publicly it’s clear the NFL had more than a run for its money.

And why not?  WEDNESDAY, the latest iteration of an ADDAMS FAMILY franchise that, depending on your generation, has tentacles going back to the 1991 theatrical release that secured more than $100 million in U.S. box office and nearly double that worldwide, the short-lived black-and-white TV sitcom originally produced in the 1960s that, along with the similarly short-lived MUNSTERS, seemed to dominate TV stations during Halloween marathons, or even the classic Saturday Evening Post cartoons illustrated by the franchise’s creator Charles Addams. The latest version propels the relatable teenage daughter into the lead role and features a breakout performance by newcomer Jenna Ortega, all the more impressive because the actress who had the role in the ’90s movie, Christina Ricci, has been shrewdly cast in a guest role, providing a direct connection for nostalgia buffs of Netflix’s target decision-maker demo.  Also involved is horror genre director extraordinaire Tim Burton, who had passed on directing that film because he was still tied up with BATMAN RETURNS at the time it was being made.

All of this had Netflix honcho Reed Hastings positively giddy at the New York Times’ DealBook conference yesterday, where, in a revealing conversation with DealBook founded Andrew Ross Sorkin, all but confessed he had made errors regardling the platform’s original business model, but now strongly defends its potential and viability at the very time where many observers were critical of his approach to the limited theatrical release of the service’s other significant holiday season drop, GLASS ONION, the much-anticipated sequel to KNIVES OUT, which many believed deserved a longer run in theaters to boost what had traditionally been a strong time of year to get people out while relatives were together in town and a break from leftovers and family arguments was often necessary.  Per THR’s Alex Weprin:

Hastings said that the company left “lots” of money on the table by not giving it a wider theatrical release.

“It’s a promotional tactic like film festivals, and if it works well we will do more of it,” he said. “We are not trying to build a theatrical business, we are trying to break through the noise.”

Netflix released the film in some 700 theaters for one week only around Thanksgiving. Typical theatrical releases for blockbuster sequels would see a release in 3,500 theaters for at least 45 days.

Let’s just say Hastings’ remarks on this, as well as his confessional that he was “wrong “about advertising, that was his effusive praise of Elon Musk, whom he called”the bravest, most creative person on the planet.”, as THR also reported.  \

While admitting “his style is different” than his own (“I’m trying to be a respectable leader, he’s just out there”), Hastings said that “I am 100 percent convinced that he is trying to help the world in all his endeavors,” and that the Twitter deal was driven by his desire to enhance free speech online. 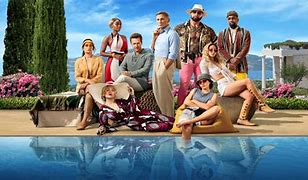 WEDNESDAY’s traction, as well as the teasing of a potential second season, will mean far more for Netflix in the long run, particularly as it attempts to build out its advertising model as well as encourage those who have been sharing passwords to get their own accounts.  341 million hours, as well as the potential to drag a lot of those hundreds of millions of viewers somewhere else in its walled garden (hmmm…GLASS ONION might turn up in an algorithm, no?), is a nice starting point for a business model predicated on platform engagement.

Ironically, as Netflix basks in the activity of its subscribers on one Wednesday and the renewed bullishness of its top executive on the ensuing one, WEDNESDAY ultimately may bear fruit for one of his fiercest competitors.  WEDNESDAY, as is the ADDAMS FAMILY IP, is owned by Orion Television, which was recently fully integrated into MGM, which itself was fully merged into the Amazon ecosystem this week.  Yes, some of the dollars Netflix will make on subscriptions driven by the appetite for WEDNESDAY will ultimately be fulled toward Amazon.

How’s that for a creepy, kooky, altogether ooky irony?