The first Sunday of October, arguably the first true vestige of fall.  Except here on the edge of Culver City it will be in the 90s, feel like summer, and be the appropriate backdrop for what bodes to be the most exciting final day of major league baseball Leblanguage has seen since he first developed his love of it.

In the summer of 1967, the Boston Red Sox latched onto the branding attached to that year’s top Broadway tune, Man of La Mancha’s “Impossible Dream”, to launch an incredible rebound from the weak teams of previous years’ in what turned out to be a successful claiming of the American League pennant.  The season’s final day had the Red Sox needing a win against the Minnesota Twins, who they were playing head-to-head, and the Detroit Tigers needing to lose at least once to the California Angels, with whom they were to play a doubleheader if needed, for the Red Sox to complete their quest.  It was the first summer I had avidly followed baseball, and bear in mind this was also at a time long before Sunday pro football was ubiquously available and by default more relevant.  The Jets, still a year removed from their Super Bowl victory, were blacked out that day, and the Giants had an early afternoon game at Washington.  Baseball games began an hour later than football games that year, meaning that by 4 pm local football was done and baseball could take center stage.

NBC programmed a rare Sunday of national baseball, with Curt Gowdy in Boston and backup announcer Jim Simpson in Detroit calling the key games, cutting back and forth in what would be a precursor to Strike Zone.  The Red Sox won their game, knocking out the Twins, and held their breath as the Tigers’ game unfolded.  The Tigers held on for a first game win, making the second game necessary.  As the afternoon latened, the nation and the Sox were transfixed.  The Angels played spoiler, beating the Tigers and thus securing the Impossible Dream for Boston.

Today the Red Sox are involved in other last-day, multiple-team scenario that could result in an unprecedented four-way tie for two playoff spots. They, the Yankees, the Blue Jaysand the Marinersare all alive. There are as many as nine possible unique results, and thanks to MLB borrowing a page from soccer all four games will start concurrently.   In addition, the Dodgers are a game behind the Giants in the battle for the NL West title, with the possibility of yet another Dodger-Giant October showdown for a title looming tomorrow.  There could be as few as zero and as many as three Game 163s tomorrow, with the chance for a game 164 looming in the American League. 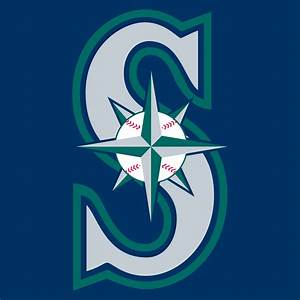 With both the Giants and Jets winless, the Chargers playing tomorrow night and the Rams with a later start, this is the ideal Sunday for baseball to again take center stage.  It’s likely most sports fans younger than I won’t follow suit, and it’s equally likely within an hour the games could be out of hand enough to make the day more tedious than dramatic.  But for those of us who remember the Impossible Dream we know how exciting it was and how exciting today could be.

Grab a beverage and join me.  It’s gonna be a fun day.