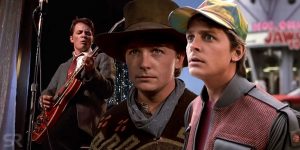 37 years ago today I reported to work in the state of California at a full-time job for the first time.  It was, in a word, memorable.

I had spent the weekend moving in to my temporary residence at the Oakwood Apartments near Universal Studios.  I had my first Hollywood hot tub experience the night before, listening to a couple of oiled-up gents lamenting about the long hours they were wasting away on the set of some silly movie they were shooting waiting for “that kid from Family Ties” to show up to set. A bikini-clad blonde with obvious implants overheard them and pulled her business card out of her cleavage and handed it to the guy holding the one-hitter.  I sat silently against the pool edge contemplating my navel and praying my Kir Royale was potent enough to quickly get me drunk enough to pass out and not have to witness this pas-de-trois. 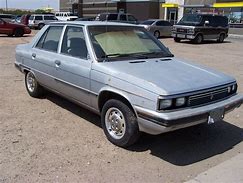 The next morning, having just left 33 degrees , a sterile office building, a clunking 1978 Malibu that barely survived a t-boning and grey skies in Queens behind, I was looking forward to my quick commute down the Hollywood Freeway in my brand new orange Renault Alliance.  What no one had told me in advance was that I had to cut across four lanes of traffic in less than half a mile to hit my exit, a Renault had the horsepower of, well, a horse,and the exit sign was torn down.  So I drove deep into East Hollywood, stopped three different times until I found a bodega clerk who actually spoke English and provide coherent enough directions for me to double back. 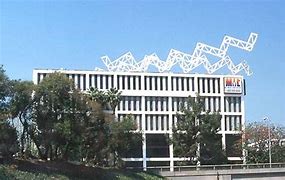 I arrived on the imposing Metromedia Television Center lot in Hollywood an hour late, quickly parked and didn’t realize the rank and file like myself didn’t need to go through the majestic front entrance.I strolled up to the front doors and saw the sole car parked in front of the building, a gleaming Rolls Royce Corniche convertible that it turned out was the property of Metromedia’s chairman, Bob Bennett.  Bennett was an entrepreneur from Boston who had leveraged his success as a local broadcaster in Boston into running what at the time was the largest independent producer of television for and by local stations.  Metromedia owned what are now the largest market FOX stations, along with others affiliated with traditional networks, and dabbled in producing content for broadcast networks.  Bob felt his Boston team needed to go West, but when his head of research elected to raise her family in her native Beantown a slot opened up for my skills and wanderlust.

What I quickly learned was that Bob personally wanted to spend more time in Hollywood himself for, shall we say, less business-centric reasons.  When I got close enough to see the inside of the open Corniche convertible I noticed an attractive blonde in a yellow minidress passed out in the backseat, resemblant of Jake’s girlfriend in Sixteen Candles.   When I could make out her face, I was slightly stunned.

It was Cybill Shepherd.  Who had just debuted as the star of MOONLIGHTING less than a month earlier. 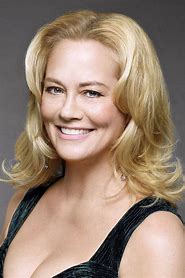 Still shaking my head, I was greeted by Bennett’s subordinates who had gathered in the lobby wondering where I had been.  The Los Angeles station manager, a tall, tanned country gentleman well into his sixties, looked at my shocked face, motioned the “ok” sign in the cars direction and said:

The next month was a blur.  The balance of the relocated Boston support team and I were embraced by our new California colleagues, and Bennett was especially willing to sign off on almost anything as a moving expense.  We regularly ate breakfast at the Polo Lounge, lunch at Lucy’s El Adobe (for my money, still the best burrito value this side of the Mexican border) and dinner at Yamashiro.  We would go to weekend parties similar to my Oakwood experience and morning hikes by the Hollywood sign,  We were young, free, independent and someone else was footing the tab almost blindly.

It was almost too good to be true.  Of course, it was.

Before April was over and I had settled into my apartment ten blocks from the beach, Metromedia was sold lock, stock and barrel to Rupert Murdoch as part of his assulat on Hollywood that eventually included 20th Century Fox.  He intended to use the stations to start his long-desired fourth network, with the studio producting most of it. Those of us who had lower salaries and more flexibility had hopes we would somehow fit into the new order.  The more seasoned, Boston-connected ones knew better.  Our free ride was going to be short-lived.

Bennett had known that the sale was imminent, and he was determined to get one last chance at being a Hollywood mogul with his boss, the notorious John Kluge, footing the bill for him. 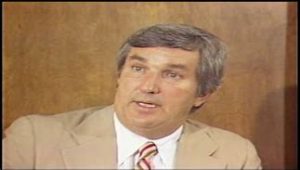 My understanding was that Cybill was at most a fling.   She had a heck of an 80s still ahead (thank you, Bruce Willis, r’fuah shlemah).  So did we.  We just didn’t know it then.

Ironically, I’m kind of in the same place now as I was then.  I don’t know what the next day is gonna bring, and I have even more incredible experiences than the ones I had that first month in L.A. to look back on.   As a beautiful new friend recently told me, looking back is OK, but looking ahead is even better.