Of all the examples of recent hits that my expertise played a role in establishing, there are few I’m prouder to have been associated with than THE GOOD DOCTOR.  In its sixth season, a milestone which most streaming dramas never achieve, the show continues to win a highly competitive time slot with seven-day extended viewing among adults 18-49.  Monday night at 10 is one of the few examples of a time slot where at least four channels (I’m including ESPN and Monday Night Football) are able to achieve enough salable viewership to earn renewals from their executives, each representing audience segments that compliment, and don’t completely fully compete, with each other.

Moreover, THE GOOD DOCTOR is also a story of a hard-working, dedicated, brilliant and, yes, autistic surgeon who has leveraged his photographic memory and learns to conquer his fears and challenges with the help of his longtime mentor and, now, colleague, as well as some extremely supportive friends and co-workers who toil for sometimes hundreds of hours a week, as many medical professionals do, especially in the last couple of years.  Whenever episodes were shown to test audiences, we consistently saw rave reviews for the emotion and believability of the cast, especially its engaging lead, Freddie Highmore.   To be fair, to the best of my knowledge, no one in those groups worked for Twitter.

I’ll yet again repeat I am not a fan of Elon Musk the person, nor do I worship at his altar as his blind supporters do.  And yes, the platform is ripe for takeover by extremists and trolls, because honestly, that’s what drives many isolated people who might be better off with the support of a doctor of their own.  The very type of person I’ve been accused of being lately by people who consistently deny me the chance to work and judge me harshly on my inability to find a gig,

And my timing is particularly lousy these days, given how many actual friends and one-time colleagues continue to be part of the massive bloodletting and consolidations in media and technology.  Roku had some significant layoffs this week, joining those at CBS/Paramount I wrote about yesterday.

So when I see this sort of reaction’s to Musk’s latest missive, I’m actually stunned at how detached from the concept of hard work that I was raised and weaned on the tech generation seems to be, as Beatrice Nolan of THE INSIDER reported yesterday:

Earlier this week, Musk sent a late-night email to Twitter employees telling them to commit to his “extremely hardcore” vision for the company or be laid off with three months’ severance. The email contained a button for staff to click if they agreed with his vision and wanted to stay at the company, with a deadline of 5 p.m. ET Thursday.

I’m not pressing the button,” one departing Twitter staffer said in a Slack message Thursday, seen by The Verge. “My watch ends with Twitter 1.0. I do not wish to be part of Twitter 2.0.”

In another Slack message, seen by The New York Times, one employee said: “I’ve met so many friends here. And will always remember the good times at twtr.”

After the deadline passed, fewer than half of Twitter’s remaining staff had committed to Musk’s “hardcore” vision for “Twitter 2.0,” Insider reported — leaving senior leadership scrambling to convince some essential employees to stay.

So let me get this straight.  In the same week where tens of thousands lose their livelihoods INvoluntarily, because your boss asks you to work an 80-hour week in person, and work hard at it, you actually think you have the right to have people be SYMPATHETIC to your DECISION to LEAVE a good-paying job because it’s not what YOU want?
Apparently, more than half the Twitter workforce has chosen to take buyouts rather than accept what they believe to be draconian terms which Musk demanded for them to accept.  Musk apparently overplayed his hand, as he walked away some of the original edicts and appeared to revisit some of his earlier demands, as Yahoo! News reported:
As the deadline approached, Musk reportedly grew concerned about how many remaining employees could leave the company. In a new memo, he appeared to walk back some of his earlier comments banning all remote work, though he still said he would fire managers if remote workers on their teams weren’t performing.

But it seems the concession wasn’t enough for many at Twitter Platformer’s Zoe Schiffer reported Thursday that Musk and his lieutenants were struggling to figure out just how many employees had declined to check the “yes” box on his Google form, and that Twitter would be closing down access to its offices for a few days as an extra precaution.

The departures raise new questions about whether the remaining Twitter engineers will be able to reliably keep the service up and running. Current and former employees are already speculating that the latest exodus could further put Twitter’s ability to function at risk, especially with the start of the World Cup a few days away. 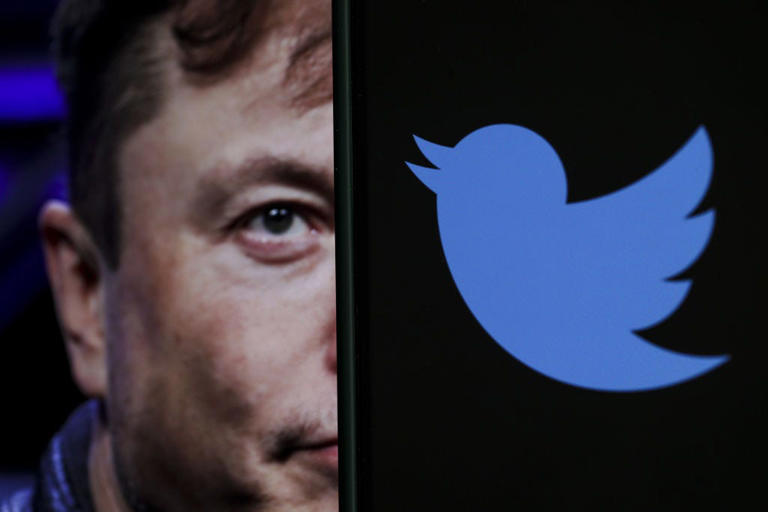 Twitter no longer has communications staff, but Musk so far hasn’t publicly commented on the resignations.

Support from those willing to put their feelings out on line was strong, many citing the value of family over job and the concern over “strict meritocracy”.  To be fair, there were other viewpoints expressed as well, one that more tacitly sums up my POV:

Easy to say that now, but you probably have a giant pension and huge retirement savings so you’re probably living extremely comfortably.

If you hadn’t worked those long hours, you wouldn’t have all that money now and you’d probably regret those choices as well – you’d be struggling living on a “fixed income” and stressed out about inflation because social security doesn’t cover the high cost of living.

I’ve worked plenty of 100-hour weeks prepping for big meetings, deadlines, conferences, board presentations, conventions and upfronts.    A friend of a one-time friend worked 96-hour shifts nonstop during the early days of COVID saving lives, allowing me the chance to walk her Yorkie (or, rather, he walk me) and get myself into the best physical shape of my life.  As hard as I see the team on THE GOOD DOCTOR work every week.  They work a lot harder that their nearby Bay Area TV breathren at SILICON VALLEY.

These days, I’m driving through rush-hour traffic to make far fewer dollars, and I’m grateful for at least that opportunity. I’d really love to work much more, at something close to the salary range Twitter pays.  Working hard doesn’t make me panic.  Not working hard does. 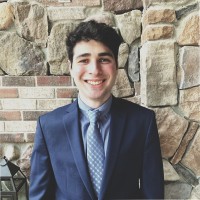 And it has all but destroyed my relationship with my family.  My nephew’s birthday is today.  I wrote about him at length last year. so if you’re curious why I think so highly of him, feel free to search out the 11/18/21 entry in this space. (You might find a few more entries you missed that would be worth your while when you do).  He at least occasionally texts me, usually to compare fantasy football notes.  That’s more than many other members of his family do these days.

And the biggest reason we’re so detached?  I’m not as successful as I used to be.  Even when they do offer help, they offer it with the qualifier of disgust, and question almost every single move I make, refusing to even listen to my situation,  I guess because they’re too busy working?

So I’m implored to find a doctor.  I don’t need a medical doctor these days.  I consider myself blessed, especially considering my age and what I’ve endured.  The red tape in negotiating the process through insurance has been mind-bogglingly difficult, and I’ve often had to invest dozens of hours a week on hold with companies to figure out a path.

But I’ll admit I probably do need a sounding board.  Not having a family to even have Thanksgiving with is more than a tad upsetting.  So for anyone who actually might care, you might be relieved to know I’m restarting weekly sessions right after the holiday.  Because, I suspect, I’ll be more than a tad upset and, at least for the moment, I’ll still have enough time to do that.   I sure hope I have a good doctor of my own this time.  My last couple–not so great.

By the way, if you go to my nephew’s LinkedIn page, his new description is Honors Pre-Medical Student.  And he did REALLY well on his MCATs this fall.  So, yep, he’s on his way to becoming a Jewish doctor.  If you think I’m proud, you should hear his mom.  These days, I don’t get the privelage of even that.

So I’m still very proud of being attached to a Good Doctor, but I’m even more hopeful I might yet somehow find someone to allow me a path to find enough success to get back in his family’s good graces.  For as much as I may arguably need a doctor, I need a steady income WAY more.  And the fact that Twits are entitled and arrogant enough to walk from that very status in this climate, apparently having enough savings and/or family support to do that, infuriates me.

Elon, I may not be able to code, but I can communicate and analyze, and, as MY LinkedIn page will remind you, I’m OPEN TO WORK.   Your expecations don’t daunt me one bit.

Because I know the reward will eventually be regaining my family’s respect, and perhaps an invite to his graduation next spring.  Because he’s gonna be the best damn doctor yet.