While I’ve never worked directly with and only have crossed paths briefly with incoming Warner Discovery chairman David Zaslav I personally know plenty of people who have.  To a person, he’s been described as genial, accessible, fair, demanding and while he indeed has had loyal lieutenants through his career at both NBCUniversal and Discovery those executives have been described with similar consistency as having earned that trust through performance rather than patronizing.

Yesterday, as the clock toward the eventual combining of the AT&T (nee Time Warner) media businesses, news of yet another Hollywood executive shuffle broke.  Officially out effective with the closing are Warner Media CEO Jason Kilar, HBO Max chief Andy Forssell and Warner Brothers Studios and Networks and Groups head Ann Sarnoff.  Given the fiscal demands of the merger, it is likely many others will exit shortly, including some folks I’d still like to call current friends even if their recent lack of contact suggest otherwise.

I don’t like to wish ill will on anyone, particularly given my own personal journey.  But a chairman or CEO must look objectively at what he has to work with, who is working with it, what information is spin and what is pertinent, do one’s best to stay out of the limelight and ultimately make calls that ideally benefit the bottom line and company morale. 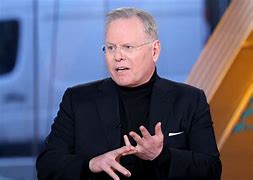 Zaslav took over a strong, immediately identifiable brand in Discovery and fortified its presence as a content company first and foremost.  He has championed impactful ideas, largely in the unscripted space, and the expansion of the footprints to tell those stories to international and digital extensions,   The acquisitions he did engineer, such as EuroSport and the Scripps Network portfolio were equally simple to describe and cost-efficient to operate.   European sports.  Food.  Home and Garden Television.  They joined an existing array including The Learning Channel, Animal Planey and Discovery.  One doesn’t require a glossary to explain that.

In contrast, Kilar’s rise to prominence was far noisier and dramatic.  Weaned in the pre-media culture of Amazon, he helped launch Hulu in 2007 as effectively third in the room in tthe streaming wars with a name reportedly derived from Mandarin Chinese that loosely translates to “gourd”. One would suppose if the service has been available in China it might have resonated more than it did, when it was rolled out with no content and a cryptic mission statement.

My responsibilities in 2008 included some involvement with eeecutives responsible for FOX’s interests in the service.  I would watch lavishly produced corporate videos identifying the promise of the ABC, NBC and FOX titles that initially contributed to its portfolio.  When I naively asked if anyone was actually watching shows, I was quietly told “Eventually”.  Later, it was explained to me that Kilar himself was not a fan of proof of performance, as he came from a world where the only thing that matters is if you buy something rather than use it.  I didn’t hang around long enough to see if he ever did, but considering where Hulu was even in subscriptions, let alone reported viewership, when he exited in early 2013 my hunch is “nah”. 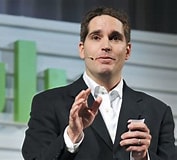 Kilar’s career was resurrected when AT&T bulldozed its way into the Time Warner culture at the outset of the pandemic.   His first moves was to clear out a host of legacy media executives such as Kevin Reilly, Bob Greenblatt and their lieutenants, who unsurprisingly were struggling to find a path to success amidst a declining linear universe, an initially overly aggressive price point rollout for HBO Max and the temporary demise of an otherwise healthy theatrical business.  Warner’s movies and brands are exceptionally strong, arguably as strong as Disney’s based upon he results of several proprietary studies I worked on in 2021.  Kilar was determined to make an impact, so he took the opportunity of lockdown to push the anticipated Christmas 2020 release of WODNER WOMAN 1984 to a “day-and-date” PVOD release at a higher price point that traditional pay per view.  It was a nuclear option, but Kilar wss empowered to make it.  Before the film was released he declared his strategy a win and mandated the 2021 theatrical slate would be released similarly.

Immediately, the studio’s most auspiced creators, including directors Christopher Nolan and Denis Villeneuve, were apoplectic.  It was certainly defensible for the studio to respond to consumer necessity at the height of the pandemic, with screens in major markets shuttered and the urgent desire for fresh content on his plate.  But Kilar again chose to highlight intent rather than cite information.  Here’s a recap of how WW84’s performance was reported publicly:

Following its opening weekend, Warner Bros. announced that HBO Max saw total viewing hours on the film’s first day more than triple in comparison to a typical day in the previous month  .Several days later, Screen Engine reported that 23% of viewers had subscribed to HBO Max in order to watch the film. The company also said that Wonder Woman 1984 was already the most-watched straight-to-streaming title of the year, beating Hamilton.  According to Nielsen, the film totaled 2.25 billion minutes spent by HBO Max users over its first three days of release, “equivalent to about 14.9 million complete plays of the 151-minute movie”. Following its opening weekend, Samba TV reported the film was streamed in 1.6 million American households over its first three days of release.[ Samba TV then reported the film was watched in 3.9 million households over the first 17 days and in over 4.3 million U.S. households by the end of its month. Following its third weekend of release, Deadline Hollywood wrote “if there’s anything positive to report, we’ll hear about on the next AT&T earnings call” but if viewership numbers were noteworthy “we would have already heard about it. In January 2022, tech firm Akami reported that Wonder Woman 1984 was the eighth most pirated film of 2021. 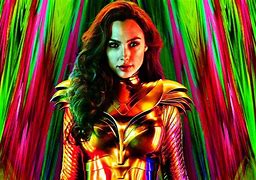 Let’s unpack that valise of bullshit.

— Comparisons to a day in November as HBO Max was rolling out in fewer homes with virtually no original content is apples to oranges.

—  Hamilton, based upon a successful but niche Broadway hit, was never intended to be a holiday tentpole for Disney, unlike WW, which merely had an 80-year history at IP and a $800M theatrical phenomenon in 2017 to grow off of.  The Screen Engine study reported short-term adoption only, not any sort of retention.

— Streaming data for Nielsen does not include viewership on a device. (Zaslav, as an outspoken critic of Nielsen’s in his previous role, knows this all too well).  As the division of the total minutes by running time was a strict mathematical equation, there is no direct correlation between how many actual viewing sessions occurred.

— The Samba data, somewhat more robust. projects to a domestic box office of roughly $100 million, if one accepts approximately 1.5 viewers per household and a $15 average ticket price as appropriate benchmarks.  That’s not bad, but about a quarter of what WW did, and people didn’t have to be encouraged to put on pants to see it.

Now add to all of that these three subsequent turns of events:

— While Kilar had hung his hat, and indeed drove a heavy-handed publicity campaign that reminded Wall Street that HBO Max has 73 million subscribers at the start of 2022, there is still no public data on how much actual consumption there has been.  Not only does that matter for the rollout of an ad-supported tier, but it also offers no assurance of churn.

— As there has been no public dissemination of a followup to the Screen Engine adoption study, there is no demonstrable evidence that those that have signed up are staying around.

— Oh, that other legacy DC IP, The Batman, the “exception” to the day-and-date model and released exclusively in theatres?  Well $349MM domestically and counting, as of Monday.  Roughly double that globally.  And still an appetite for driving adoption and consumption on HBO Max upcoming.

Highly likely Matt Reeves is a happier camper than Nolan or Villeneuve.

So exit Kilar, who will sadly leave with a short, stained legacy of questionable accomplishments, employee carnage, a lot of unanswered questions and a shitload of money.  I have little doubt Zaslav will find more competent, transparent executives, including the elevation of several of his former lieutenants that actually earned their chops by delivering content to a content company that actually worked.  Toby Emmerich, Channing Dungey and Casey Bloys are the rumored survivors, all deservedly.  Longtime Discovery International  czar JB Perrette, an ally of Zaslav’s, is likely to emerge with a more prominent role as well.   All of them have solid track records and strong reputations with talent both in front of the camera and behind the scenes.

Here’s a little unsolicited advice for Kilar.  Try to stay away from the DGA building.  And next time, try and find a company name that doesn’t take a Mandarin-English dictionary to explain.