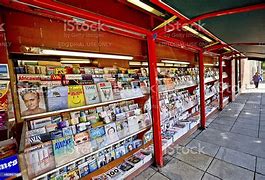 It was a quick little breaking news story that came through yesterday amidst dozens of others focusing on reactions to Oscar nominations, Super Bowl preps and whatever new drivel trickled out from the daily January 6th investigation committee leak.  ENTERTAINMENT WEEKLY, along with five other legacy magazine titles under the purview of Dotdash Meredith since October, died as a print publication yesterday roughly a week short of its 32nd birthday.

Naturally and indeed ironically, that news came across as an alert on my IPhone.

ENTERTAINMENT WEEKLY was once the most anticipated of roughly 30 magazines and newspapers I subscribed to that I’d receive in a given month.  During the 1990s and 2000s when I had both the financial resources and the height of attention deficit syndrome to regularly respond to third party solicitations for subscriptions and renewals with check after check of maximum length agreements, my doorstep and mailbox rarely weren’t jammed with thick piles of print journalism that I’d voraciously consume.  You’d rarely see me without some print publication under my arm or several in a ubiquitous plastic bag.  Whenever I’d be commuting by car, on a business trip or just lying by my pool I’d voraciously read as much as I could about sports, media, pop culture and occasionally even a decent fictional novel.  My hands would almost inevitably be caked with print ink, almost always in need of a good washing.  I devoted two entire shelves of one of my bookcases to my prized magazines, showing them off to anyone who’d visit with the same pride of ownership that a more elitist reader would show off the complete works of Shakespeare.

EW was the perfect confluence of trade publication and pop culture mirror. Detailed articles about ratings and renewals would run side by side with puff pieces about upcoming shows.  As a sister Time, Inc. title to the far more celebrity-obsessed PEOPLE, EW reporters would frequently pester my publicist colleagues with requests for data spin that top executives and talent would use as their spiel script.  I was often responsible for loading their muskets with ammunition to fight their battles for attention.   PEOPLE, ENTERTAINMENT TONIGHT and late night talk shows were and are easily handled by clips and banter.  EW reporters asked the tougher questions.  I got to handle the majority of them.  So yes, I was a fanboy but I also had a vested interest in seeing if our spin was fully sold in.  With a subscription, I’d frequently get copies in the mail ahead of the newsstand date, so I was inevitably a source for a copy of something we’d want to internally upsell.  Trust me, it didn’t hurt my job security. 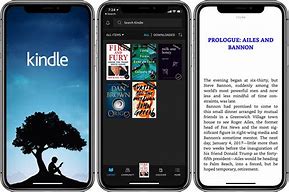 So the news that EW no longer will be a title whose hard copy spine will be visible on my bookshelf was particularly poignant, and yet another grim reminder that I am well on my way to becoming an expert in yet another rapidly obsolescent tentacle of media.  Frankly, money’s a lot tighter these days, so I don’t buy as much as I used to even from what is still remaining on newsstands and at 7-11s to buy.  (There aren’t many newsstands any more, either).Fortunately, my current roommate is also an old-school media junkie; I frequently reference our common area’s decor as Early Library.  Our living room has many racks of magazines and DVDs; his bedroom a haven for numerous bookshelves.   So thanks to him I can still read Time, Kiplinger’s, Consumer Reports, GQ and several other titles I used to get on my own.  They are much thinner copies then they used to be; print advertising is a fraction of what it was even a decade ago.  I can now go through two or three complete issues before I finish taking a healthy crap.

And I know I’m in an ever-shrinking minority of old farts who still care about how good it feels to hold a story in my hand or do the Sunday New York Times crossword puzzle with a pen.  I’m hardly stuck in the past to be sure; my budget still accommodates plenty of digital subscriptions.  And as for books, I long ago embraced Kindle for I Phone. Titles are typically half the price of what they are in bookstores, and I will never lose them on flights as I frequently did.  At least four shelves of my old bookcase are now in my app, and often provide comfort when my flight is circling the airport in a weather delay.

So these days I mostly consume media and news through my phone.  I almost never don’t have headphones on and I multitask obsessively.  When I’m in a waiting room or at a stoplight I do squeeze in a few articles from the digital versions of the titles I used to carry around.  I have even become a Wordle fan and make sure to upload my pattern to at least two apps.  I’m not as facile as a Gen Zer with all of this, but I know I’m damn good for my demo.  I can get a lot more walking and exercise in while I listen to an article or audiobook, and I’m exceptionally proud of my ever-shrinking waistline as a byproduct of my unavoidable embracing of the slow death of print publications.   But there’s still a sense of loss that accompanies my personal happiness.

When I travel to certain cities I’m reminded even more harshly of how accelerated that slow death has become.  The daily Tampa newspapers no longer publish an issue on Wednesdays.  The Oregonian in Portland doesn’t have a Saturday edition.  The Salt Lake City Deseret News stopped publishing a print edition late in 2020.  Since the pandemic took root this inexorable evolution has accelerated.  The New York Times sports section stopped printing daily box scores completely last year after scaling back to New York City-based teams only a couple of years ago.  So did USA Today, almost unthinkable a couple of decades ago before wi-fi made the task of figuring out who won a fantasy football game as easy as a refresh.  So I suppose yesterday’s news was truly inevitable.

EW, InStyle, etc. will continue to exist, just in the Metaverse.  I strongly believe that will become the norm as the 2020s unfold.  I have every intention of being around to see it all transpire.  I’m in the best physical shape of my life and dammit, I’m not gonna get this f–in’ virus.  After all, my hands are a lot cleaner.