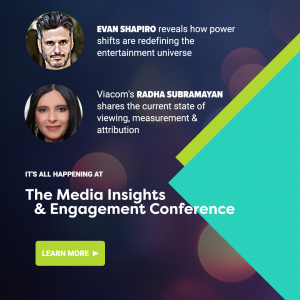 I’ve been around media for more than four decades professionally and more than six decades personally.  If you haven’t already figured it out, I live to experience the connection of content and mind and the business and psychological dynamics that go into it.   I consider myself more experienced and accomplished than many, but hardly unique and even more desiring to learn something new every day rather than sit back and wax nostalgic about my past experiences.   But I do value the context and grounding those experiences have afforded me, and that’s why I’m personally excited about finally getting back to an in-person conference.

The Media Insights and Engagement Conference will meet in person for the first time in more than two years beginning May 23 in Nashville, TN.  I have had the privilege of being involved in the organization and chairing of this conference in previous incarnations, when it was aligned with a marketing arm of the cable TV industry, CTAM, and was over simplistically called a “research conference”.  Well, that’s a label I was passionate about getting rid of.

You see, many on the front lines of media sales and content creation have historically seen “research people” as detached, robotic suppliers of tedious rows of numbers and statistics that were often relegated to windowless back rooms and long nights of supervising the preparation of charts and decks that would often serve as little more than props for the agitated and emotional meetings with prospective buyers, whether they be networks or advertisers.

Four or five decades ago, media was basically television, buyers were essentially three privately owned television networks and advertisers bought 30 or 60 second spots in their programs.  Decades before that, the advertising agencies essentially WERE the suppliers of content, often swapping out shows and producers several times a year within time slots they’d negotiate for on behalf of their clients.  The earliest successes on TV were affiliated with products.  Texaco Star Theatre.  The Kraft Music Hall.  Bob Hope Presents The Chrysler Theatre.  The Bell Telephone Hour.  We could go on and on. 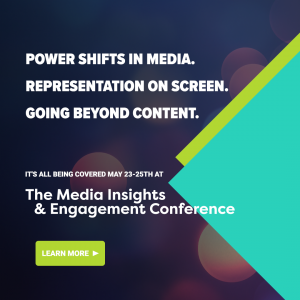 As technology improved and competition exploded, data became not only more prolific but also more essential to negotiations.  Research was by necessity now being invited to more and more frontline meetings, if only to help explain what a demographic is.  And, equally as crucially, the creative community was acknowledging that being in touch with how an audience might respond to content would be an even more important first step in the road to monetization.   Studying the whys to the whats of consumer and viewer behavior, particularly among more desirable audience sectors, was critical to the growth and influence of the likes of Nickelodeon, MTV, CNN, FOX and FX.  More recently, Apple, Netflix, Amazon Prime Video and Facebook have become best in class in the tech sector and the convergence of Silicon Valley and Hollywood.

A new generation of leadership and intelligence has emerged, and the word “research” tends to be buried in job descriptions, if for no other reason than it is but one of the roles we try to fill.  More frequently, the words “insights”, “”solutions”, “analytics”, science” and “intelligence” are in key executives’ job descriptions.  Television, even cable television, is now one of many components of media.   And the media landscape, frankly, is at an inflection point.

Traditional media has seen unprecedented audience and subscriber fragmentation.  The ability of any one company to accurately measure it has been the subject of numerous mainstream and business media coverage as we head into perhaps the most tumultuous ad upfront in history. Multiplatform measurement and monetization is more essential than ever to the very existence of companies that have been bought and sold for billions of dollars this decade alone.  And, frankly, this industry NEEDS the opportunity to converge once again to bring these issues to light, to collaboratively learn what common challenges and opportunities exist, and to exchange ideas like human beings once did–face-to-face, dressed nicely, and in a central setting. 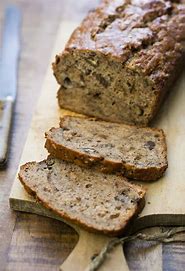 The pandemic reduced this conference to a series of zoom calls in recent months, as many of us juggled marginal Wi-Fi connections and home priorities as we attempted to still be brilliant.  One of the first such get-togethers enthusiastically touted the ability for us to “see each other online for the first time!”, which given the demand reduced most faces to almost unrecognizable microscopic slide size.  One of the big poll questions was what we had been doing since we had last gathered.  In my breakout room, we had six different people reply they learned how to bake banana bread.

Now I have nothing against banana bread or cooking per se–I, for one, have honed my own skills and find the zen of meal preparation to be remarkably therapeutic.  But, honestly, there’s way more important stuff going on in this industry, and it’s high time we got back to being fully engaged in it.

So I’m offering you the opportunity to do so as well.  This site will, as of today, begin to populate a series of articles focusing on some of the key issues being prepared for the agenda that is being put together as we speak.   Anyone who registers for the conference using my code will receive a substantial discount.  More importantly, you’ll get the chance to meet and engage with us in person, actually ask questions and perhaps learn how to take this intelligence and apply it to not only your business but also your life. 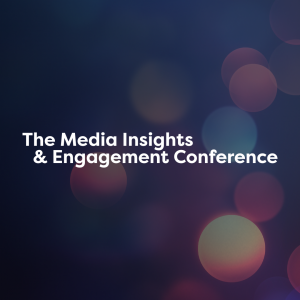 Considering investing in NFTs?  The conference will explain that.  Interested in how to effectively tell stories through music?  Yep, we’ll discuss that too.  Want to know why you’re addicted to Ted Lasso?  Uh huh, that’s planned as well.  And yes, if you’re a media professional or simply want to portray one, you’ll have a virtual Harvard Business School curriculum to draw from.

And, I’m willing to bet, you’ll probably get a few great recipes to boot.

The countdown begins this morning.  See y’all in Music City, I pray.