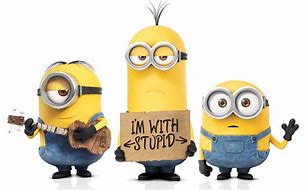 Actually, HUNDREDS of millions.  A projected $129.2M, to be sure, potentially a July 4th weekend all-time record for an animated movie.  Considering its release is on the heels of a disappointing debut for LIGHTYEAR, as well as an overabundance of caution being urged by the feckless fearmongers predicting COVID-19 doom (yeh, that’s you, my darling quaran-tine Barbara Ferrer), the overwhelmingly positive news for MINIONS: THE RISE OF GRU is a welcome sign that the theatrical movie business is indeed on the way back.

And I should have known this was preordained more than two decades ago.

I honestly don’t LIKE to name-drop, but I feel sometimes I do need to in order to give some perspective on what and who has shaped my own values and visions.  I genuinely appreciate the occasions when I’ve had the chance to sit down mano a mano with true visionaires, especially ones who seem genuinely interested in my POV, and even more appreciative of the fact that the skill set I pride myself on most is my ability to accurately translate what others are saying in a way that busy, impassioned creatives can process and, perhaps, take some solace in.

So when Haim Saban asked me to meet with the head of FOX Animation Studios, an up-and-coming producer named Chris Melendandri, I considered it an honor.  In the course of one lunch at the glorified FOX commissary, I felt a connection and a kindred spirit to him. 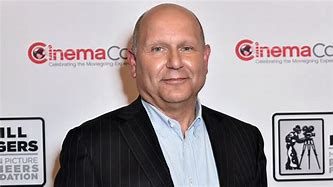 He explained then what he later articulated in a Hollywood Reporter article–he considers animation a universal language, as effective imagery needs little dialogue and often, not even translation.  He asked me to share some of my experience with the evolution of THE SIMPSONS, for which I had a front-row seat during its evolution from animated short to network game-changer.  What I picked up at the time was the relatability of each of the main characters to anyone anywhere at any life stage–you either were that person or you loved someone who was.  The lovable schlub of a dad, the impish perpetually ten-year-old son, the loyal doting wife, the brainy middle child, the omniscient silent baby.

Melendandri said he appreciated that insight; he had attempted to reach out to the 20th Century FOX team he was a part of and gotten radio silence.  I was stunned, since I honestly could tell what a genuinely nice guy he was.   I wasn’t surprised when he eventually parted ways, being a scapegoat for the failings of TITAN A.E early on and despite some later success with the likes of ICE AGE

and ROBOTS, he never got the full respect nor financial ownership he saught.   Universal did offer him that, and in 2007 he wound up on the other side of the hill.

Eventually, he discovered the characters developed by Sergio Pablos and collaboratively introduced these adorable yellow creatures in DESPICABLE ME.  It effectively created the studio’s most potent animated franchise in its history,  This weekend’s release is the fifth overall, with a sixth, the fourth titled DESPICABLE ME, set for two years from now.  It has also produced Universal Studios’ leading live action attraction, Minions Mayhem, 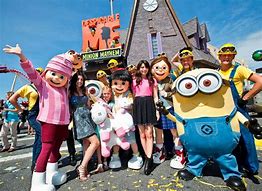 not to mention top-selling video games, and perhaps the most adorable Halloween costumes I’ve ever seen my niece and her guy rock.

All told, this is on pace to be worth more than $5 BILLION to Universal.and undoubtedly will be a sorely needed driver for Peacock before summer’s end.  The beauty of famlily-oriented animation is that it is meant to be rewatched, it’s delightful comfort food TV and in times like these, much appreciated.  Especially if the likes of Barbara Ferrer shut us down yet again.

I’d much rather invest in sweet yellow characters with exaggerated glasses than any grey-faced hack with a pig snout mask.