Last night I watched the Emmy Awards, or at least the portion I stayed awake for.  It was an aesthetic improvement over last year, which was a glorified Zoom call, and there were some genuinely sweet and relevant moments.  But a lot of it went completely over my head because, like an ever-increasing amount of broadcast television viewers, the majority of the seasons of the eligible shows that won were ones that I simply haven’t yet found the time or bandwidth to watch.

Ted Lasso, The Queen’s Gambit and the latest season of The Crown were the darlings of this year’s awards.  They are supposedly brilliant examples of what entertainment could and should be.  Indeed, I had the joy of working directly with The Crown during its first three seasons, genuinely excited for its success and impact.  But all three of these shows, as well as the majority of nominees and winners, air on non-broadcast platforms where availability is ubiquitous in time and limited in subscribers.  And that means I’m in a significant subset of Emmy viewers who respect the significance of their work but haven’t yet seen it.

Of course, this is not the first time this phenomenon has occurred.  During the late 90s, HBO began its stranglehold on the medium with Sex and the City, The Sopranos, The Wire and other incredible series when it was available to roughly one-third of the country.  HBO would regularly capiltalize on these wins with temporary spikes in paid subscribers and downstream sales on DVD.

In 2002 I was blessed enough to be in the audience when Michael Chiklis made history as the first major category Emmy winner for a basic cable series for his iconic portrayal of Vic Mackey on The Shield.  FX was available to nearly three times as many homes but millions of homes had not yet seen his work because they couldn’t.  While it was the first of many accolades for FX Originals it was more of a win for an industry sector than an actor.  We launched the channel in many markets and became more relevant and widely distributed in many others. 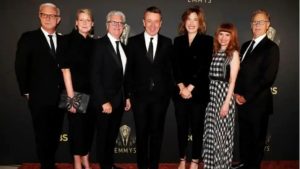 Here we are nearly 20 years later and we are again lauding series that more than 45 per cent of US TV households have not yet had the chance to watch.  We just held a ceremony that due to social distancing concerns was effectively a closed smoker for the fraternity of talent celebrating each other, at least those who were vaccinated and/or COVID-free.  It was more insular than ever, and while as I write this ratings are not yet available I am certain they will be at record low levels or second to last year’s all-time nadir.  (UPDATE:  Surprisingly, preliminary overnight ratings released late Monday showed viewership not only up +16% vs. the 2020 zoom call on NBC, but also a +7% uptick over 2019’s show on FOX.  That said, the 7.4 million viewers (for CBS only, not yet inclusive of P+) was a -34% decline from the most recent CBS Emmy broadcast in 2017–significant because CBS typically has a strong national-appeal football game as a lead-in and did so this year with Dallas and the Los Angeles Chargers competing in a close thriller that was also the Chargers’ first spectator-inclusive game in its new stadium.  Guess there’s only so much heavy lifting a ubiquitous Conan O’Brien could pull off?)

While the viewership number will matter consider this one:  Of the 125 Emmys awarded this year, three-quarters of them went to content on non-linear services.  Even when the hybrid HBO/HBO Max is factored out that streaming-only fraction is still 60%.  This was a ceremony attended by a handful for shows largely unseen by an audience more fragmented than ever.  Not a recipe for long-term success. 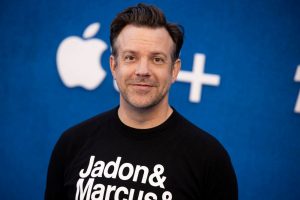 The HBO model provides an intriguing option, one Leblanguage vehemently argues should be more universally adopted.  Make nominated streaming shows available to the public, not just voters, for a limited window.  Distribute them via corporate sister platforms (Handmaid’s Tale on FX?).  Sell them for a limited window to unaffiliated outlets (AMC perhaps?).  Start up a barker channel a la pay-per-view sports that serves as a lure for future subscribers.  Surely Comcast and DirecTV could do that, and Spectrum, Cox and other cable providers could be coerced into finding bandwidth to follow suit.  If all else fails, syndicate them to local TV stations or digital broadcast networks!! Invest in the masses, not the minority.

I’m more inclined to want to watch Ted Lasso this morning.  I probably will get around to it eventually.  I’m truly thrilled for many of my former colleagues who effectively ensured their employment for a little while longer with its victories.  But the fact that I’m still part of a majority to whom this work is a rumor is a sad commentary on the relevance of awards offered by the Television Academy.  Streaming may be what television is becoming, and already is to cord-cutters, but it is not yet television to the masses.  Let the industry put the firewalls and infighting to the side and let more of us find a way to find the time.

Ted Lasso’s hopeful message is to “Believe”.  I believe in television.  I’m truly hoping television still believes in us.