On many lazy Sundays around here, often the only traffic you see are the endless array of delivery vans dropping off packages for the many who are some combination of exhausted, petrified or lazy.  This weekend my roommate noticed that one of the Amazon Prime vans was completely wrapped by an ad for Prime Video’s upcoming LORD OF THE RINGS: RINGS OF POWER.  He appeared stunned; he claimed he had never seen something blatantly promotional as this.

I quickly noticed that this was in tandem with Amazon utilizing specially branded RINGS OF POWER envelopes for the shipments that were being delivered, of which examples are rampant online.

Respectfully, he has not likely paid attention to what has been going on right in front of him, both today and previously.  And with Prime Video about to unleash an investment that even before marketing costs has already cost them nearly three-quarters of a BILLION dollars, it’s not shocking at all that they are not only spending lavishly on traditional marketing efforts, but they’re actually anticipated.

Media companies have traditionally used the power of their sister platforms for cross-promotion for major efforts.  For decades, HBO produced a filler series, FIRST LOOK, that would preview a soon-to-be-released Warner Brothers movie.  Paramount would devote entire episodes of ENTERTAINMENT TONIGHT to theatrical premieres.  When a movie from Universal is released it is typically promoted on every NBC “carwash” program from THE TODAY SHOW to LATE NIGHT WITH SETH MEYERS.  Male-appeal movies from Disney get the same treatment from the ESPN radio and TV networks.

Most recently, HOUSE OF THE DRAGON received an extensive amount of customized support from its new stepsister networks.  As reported by Deadline last month:

If the House of Targaryen is rich in dragons, then Warner Bros Discovery has an embarrassment of riches when it comes to ad space, with HOTD getting pumped across such channels, per advertising stat org iSpot, as TBS (20.9%), Discovery (9.1%), TNT (7.7%), CNN (7.4%) and Food Network (6.6%). If you were watching HGTV, you’d catch a fire-breathing dragon popping up in the bottom of the screen during your favorite show in a banner to promote the Ryan J. Condal co-created series. iSpot also reports that 99.1% of HBO’s promo TV ad impressions since July 20 came from HOTD.

Another notable mention in the teamwork for HOTD among Warner Bros Discovery channels was the exclusive look at the Martin series on the debut night of Discovery’s Shark Week on Sunday, July 24. Want more cross-promotion? How about the members of TNT’s All Elite Wrestling team sitting on the new GOT throne from HOTD at the San Diego Comic-Con experience (read down). 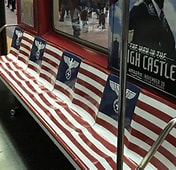 Prime Video may not have sister media companies of consequence yet (they still don’t fully control EPIX, and that’s not exactly a Top Ten network in viewership).  But they do have overwhelming tentacles of merchandising power via Amazon Prime, as well as a built-in fleet of vehicles that they can wrap for what are essentially left pocket-right pocket costs.  And it’s not like they haven’t eagerly wrapped moving vehicles before,  When a previous marketing team launched the series based on MAN IN THE HIGH CASTLE, based on the dystopian 60s era novel that depicted what would have happened had the Nazis won World War II, they wrapped New York City subway trains with Swastika-centric marketing during Thanksgiving weekend–when tourism and family gatherings swelled mass transit usage. They were quickly removed after hues and cries of protest, but not before the message was clear. 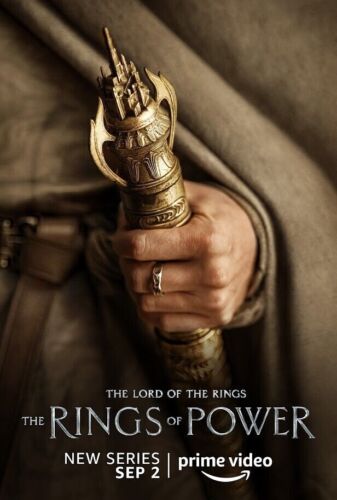 And RINGS OF POWER has already had quite a bit of controversy regarding the trailers and ads it has already released.  Their poster art campaign featuring ambigious hands of its main characters was polarizing,  A trailer launched this summer, THE EARTH NEEDS MORE ELF FANS (link below), one clearly targeting younger people of color drew immense ire from Reddit board participants.  As THE MGMT. whined:

Here’s the takeaway from the ad: This little kid loves Tolkien and if he doesn’t have someone who represents him on screen his heart will be broken. Do you really want to break this little kid’s heart? Ya piece of shit racist? Listen here you emotionally manipulative pricks, if this kid is huge Tolkien fan? His heart is going to be broken when your show looks nothing like the books! When he sees how you’ve taking a beautiful piece of literature and twisted it into a sick money grab.

But let’s follow the Amazon woke logic. We need to represent other peoples in Middle Earth. Okay. Where are the Latino Elves? Don’t we need those too you racist fucks? What about Pan- Asian Elves? Or have you decided they too aren’t worthy of representation? Sound’s super racist that you didn’t even think of them you bastards. Why would you shove those people to the side? It’s sad.

Here’s an idea: Respect the source material and keep modern politics out of Middle Earth.

Not exactly what was originally envisioned?  Keep in mind one of the cardinal rules of promotion for centuries has been there’s no such thing as bad publicity.

Which is why having this weekend’s two-episode premiere on a streaming service preceded by a one-night-only theatrical release may appear counterintuitive at first, but upon further review is actually brilliant.  There will no doubt be more postings with reactions similar to the extreme reaction to the trailer, and undoubtedly both sides of the coin will be represented.  At a moment where THE RINGS OF POWER needs to keep pace with HOD for zeitgeist, making sure the conversation is amplified isn’t exactly a misstep.

In fact, it’s a necessary move in utliizing the resources of a multibillion dollar monolith who has quite a bit at stake.  Incidentally, the specially labeled Amazon boxes are also being used for their Thursday Night Football NFL games, which hasn’t exactly been a cheap gambit for them, either. 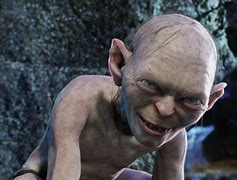 Many might call this overwhelming.  But it did get my roommate to remember to find time over the holiday weekend to watch.  Because, as any Middle Earth resident can remind you, every viewer is–precious.