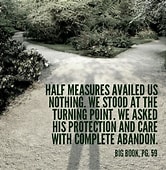 Anyone who had ever attended a twelve-step meeting, as I publicly admit I have attended many over many decades, has uttered these words with at least some degree of reverence.   I know when I don’t act, I stagnate, and said stagnation nearly cost me my life.

In the past 24 hours, I’ve never been more disgusted by the behavior of both public and private pains in my rear who probably have not even had that revelation.

Like millions of others, I tuned into the primetime edition of TO TELL THE TRUTH, a.k.a. Episode 8 of the January 6th hearings, and while nothing I saw surprised me, I at least was able to laugh, albeit nervously, as I learned that Josh Hawley went from fist-pumping inciter to emasculated coward within a matter of hours, and that the former president of the United States was far more obsessed with his inability to accurately pronounce the word “yesterday” than he was with the details of what he was doing that afternoon, besides sitting alone watching FOX News on a dining room TV–much likely lots of other detached 70-something men. At least when Rome burned, Nero fiddled.  This alleged emperor played with his remote, if not other things.

But yet–despite this preponderance of evidence and overwhelming reinforcement of accusations–our current Attorney General refuses to act, and the channel-changing orange blob may be on the precipice of announcing a run for another Presidential term that may yet again prevent him from any accountability whatsover.

And the current leader of the free world now is isolated with COVID, despite being double-boosted and double-vaccinated.   His video announcement featured him unmasked, which got several reporters asking White House coronavirus coordinator Dr. Ashish Jha how in the wide wide world of sports this could have happened?  Jha yet again babbled about his social distancing, safe spacing from cameras, and his minions again hit the airwaves yet again shrugging their shoulders defending their adamancy about masking, but falling short of calling for mask mandates–after all, when you’re seven feet away versus five, or when you’re actively eating or drinking, or when you’re in close proximity to a loved one versus a stranger. the virus is so damn smart it knows enough to not be infectuous. 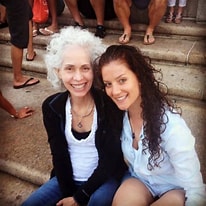 Jha essentially passed the buck to local authorities, which brings me back to a true half-measurer.  As someone who actually worked with FOX for decades, no matter what you choose to believe is their motivation for putting out–or declining to cover–stories, I can absolutely attest that the reporting skills they employ are as dogged and detailed as anyone in journalism have ever had.  So when this little gem about my dear friend Babs, aka LA County Public Health Director Barbara Ferrer, hit my inbox as reported by FOX 11 Los Angeles, I took note,  And, gee, isn’t it interesting that just as sweet Babs gleefully counts down the minutes before she draconially reimposes her beloved mask mandates–a drumroll that has already taken the crucial Television Critics Association tour back to virtual status for a THIRD consecutive year, this was reported on their air:

Did Los Angeles County Public Health Director Barbara Ferrer rely on a CDC-backed study on school mask mandates co-authored by her own daughter?

A reporter is sounding the alarm and suggests Ferrer’s daughter Kaitlin Barnes did not disclose conflicts of interest in her study.

According to Jennifer Van Laar, managing editor of conservative news site RedState.com, a study showing that masking and other mitigation efforts in Los Angeles County schools were “highly effective” in slowing the spread of COVID-19 was written by Barnes and four other authors, but Barnes’ relationship with her mother was never disclosed – even though Ferrer was listed in the acknowledgments section of the study.

Van Laar also questioned Barnes’ credibility in the study, citing that she does not have a scientific background “or a Ph.D. in any field.”

Like her mother, Kaitlin Barnes is not a medical doctor. Barnes does not even have a scientific background or a Ph.D. in any field. Her professional background is a combination of her parents’ professions; Kenneth Barnes has had a long career in urban planning and community organizing. From an archived copy of Kaitlin’s website, which has been scrubbed (emphasis added):

Born and raised in Jamaica Plain, a diverse and vibrant neighborhood of Boston, she attended the Boston Public Schools and graduated from Boston Latin School in 2004. Receiving a B.A. with a major in Metropolitan Studies and a minor in Politics from New York University (2008), her research focused on urban planning and policy, immigration, race and racism, and health equity. Kaitlin went on to earn an M.A. in Communication Management from Emerson College in 2012, focusing on stakeholder management, public diplomacy, place branding, and health communication. She recently completed an M.B.A. at Boston University’s Questrom School of Business with a dual concentration in strategy & innovation and health sector management.

Barnes was hired by the Los Angeles County Office of Education in late 2020 as a “temporary project manager” in the Public Relations and Communications department. Prior to moving to Los Angeles, Kaitlin worked at Boston University as the International Corporate Outreach Manager for Metropolitan College’s International division, and before that essentially as a communications director/community liaison for both Berklee College of Music and Emerson College, both in Boston. She also did comms on a few political campaigns for friends of Barbara Ferrer (such as former Boston Mayor Thomas Menino).

Despite the fact that she has no prior experience in conducting any public health research, she got right to work on the study, which was a joint effort between LACOE and Ferrer’s department.

The study, published in August 2021, concluded that students who went to school during the winter of 2020-21 tested positive for COVID at a much lower rate than their peers who did not attend LA County schools. The authors also concluded that, therefore, the protocols in place in LA County were responsible for this.

A rash of stories (LA Times, WebMD, The Guardian, CNN, US News & World Report) published around the time this study was released follow the same pattern: they lead with the story of a teacher who allegedly infected 26 people by reading to her students without wearing a mask, taking care to emphasize that the teacher was one of only two unvaccinated teachers in the school. Then the stories shift: but, hey, look at this! A new study out of LA County shows that mandatory masking in schools works! CDC Director Rochelle Walensky even mentioned it in a press briefing!

Shame on you, Babs.  You think you might have mentioned this at some point?  Tsk, tsk.
And yesterday this additional item came from a far more objective, non-political spokesperson, as reported by CBS Los Angeles:
A group of Los Angeles County business representatives Thursday called on health officials to rethink plans for a proposed universal COVID-19 indoor mask mandate, saying the move would be a burden on many businesses in the area that would be forced to uphold the rule.

“This is not a debate about choosing between lives and livelihoods,” said Tracy Hernandez, founding CEO of the Los Angeles County Business Federation, or BizFed. 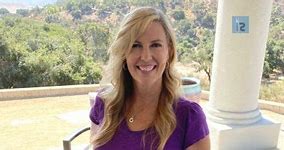 “The economic impacts of the pandemic must be monitored alongside the public health and social impacts,” she said. “It’s possible to protect people, jobs and our sense of community by compromising instead of arm twisting.”

BizFed is an alliance of roughly 215 business organizations, with organizers saying the group encompasses 410,000 employers with 5 million employees throughout the county.

So it’s NOT just me.

(Oh BTW Babs, your maskless face looked pretty ridiculous cheering at the All-Star Game the other night, especially since you’ll wear your snout in indoor isolation but somehow around 40,000 strangers the virus will ignore you if you’re cheering for some Red Sox player.  I know those are assumptions, but clearly much of your mandating comes from equally sound information).

But, honestly, I’ve got a more personal issue to deal with.

This week, an attempt at resolving a legal issue that a friend offered to help me with was met with a vitriolic rebuke from my adversary, with words to the effect of “that’s the wrong move”, “I’ve got nothing but time” and “this is going to be fun”, both to my friend and my adviser. 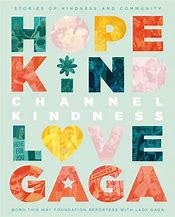 For obvious reasons, I can’t publicly disclose who this person is, but what I can say is that this person is, ironically, involved with an organization called Channel Kindness, endorsed by Lady Gaga.  You can research that organization’s mission, and judge for yourself if this person is truly representative of that. 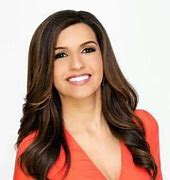 And this person is also an unabashed supporter of a reporter for the same FOX 11 that broke the Ferrer story.  Amanda Salas is an inspirational cancer survivor who is currently in remission and on site at San Diego Comic-Con, which unlike the TCA had the sense of timing to be in place before Babs’ mandates could shut it down.  The fact that a woman who is clearly immuncompromised is willing to attend a crowded convention speaks volumes both to her dedication to her career and her work ethic, both qualities my adversary never demonstrated to me–not to mention an objective, informed view of what “risk” is.

Amanda Salas, as the solid FOX journalist that you are, you might want to know the other side of whatever story you might be being fed by your “fan”.

What you might learn is that with that offer now rejected, it leaves me no choice but to respond to the gauntlet that’s been thrown by your fan.  A fan who occasionally trolls this space.  And since I’ve written a lot of words already, I’ll sum it up with one picture. 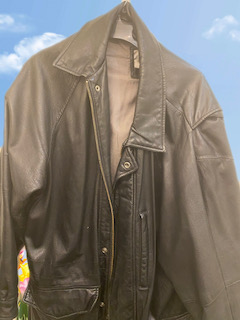 This is MY leather jacket.  The person who wore one that I was threatened with previously is, tragically, dead.  I’m not.  No matter how much you might wish I was.   I wear it damn well too–when we’re not in a heat wave, of course.

And if this adversary EVER, EVER, addresses ANYONE in MY world with the language and attitude that was demonstrated this week EVER again, do not think I will not hesitate to let every single one of these “support systems” exactly the kind of person they have embraced.

I ask for HIS protection and care with complete abandon.

And, frankly, readers, I wouldn’t mind some of yours, either.