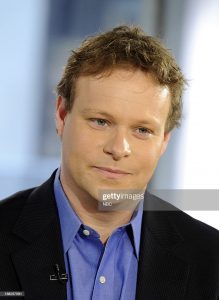 RE: REQUEST FOR INFORMATIONAL INTERVIEW

First of all, may I be the millionth or so person in the last 72 hours to congratulate you on your appointment to this prestigious position.  Based on your accomplishments of the past decade, where you’ve arguably been the tiger in the Eye that is CBS and starting with the fact you like I were able to survive upstate New York winters in college (I’m an alum from the cheaper hockey school, you the higher-priced basketball and lacrosse school), your track record for perseverance and success is exemplary.

You don’t necessarily need me to help you resurrect CNN’s stature in ratings and relevance.  Heck, you were able to get MSNBC viewers to forget the train wreck that Don Imus became and not only gave the Beltway its own private wake-up show, you also helped its host find the love of his life (Yes, I’m a fan of Joe and Mika).You were able to make CBS a competitor in the most lucrative daypart fpr broadcasters–morning news– and were able to follow David Letterman’s retirement by restoring CBS late night–the second most lucrative daypart– and the Ed Sullivan Theatre to top-rated status via a combination of eclectic comedy and news acumen not seen in the daypart since perhaps the days of Jack Paar (and with no water closet jokes, either).   I know enough your prowess and integrity from Colbert’s monologue last night to have the utmost of confidence that exorcising the Cuomo legacy, as well as restoring whatever fallout lingers from the unfortunate downfall of your predecessor, are well within your immediate reach. 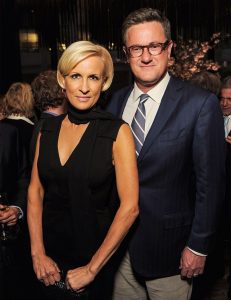 But as someone who worked for your company while you still were taking classes at SU and who spent decades within the mindset of what is now your ratings and psychological arch-rival I’d like to request an informational interview where we can perhaps exchange some detailed thoughts on how I might be able to help you run a few of your ideas up some proverbial flagpoles and help you discern what your current and aspirational audiences want and need.  Please allow me to share just a couple:

— In concert with some of what John Malone has expressed publicly, removing CNN broadcast from the opinion wars of its chief rivals may be step one.  The network established itself as a source for NEWS.  The events in Ukraine are giving you a head start in the opportunity to provide an outlet for people to turn to for a narrative, not an essay.  The breaking news model could be one that carries on even after the issues in Europe are resolved (peacefully, we pray).

— The landscape is ripe for a primetime, entertainment-based news and information variety show.  If Colbert is 40% news commentary and 60% Paramount publicity car wash, reverse that split and develop a 9 PM live franchise around a similar hybrid.  Include a studio audience, not to mention an interactive home audience.  Larry King’s audience called in frequently.  Through Zoom you can now expand upon that interactivity in ways not even Larry’s wives dreamed of.

— Borrow from the resources of your Warner Discovery family for contributors and POVs.  John Oliver and Bill Maher immediately come to mind.  No reason you and Casey couldn’t work something out to develop ways to include their HBO tentpoles as elements of this show.  You’ve done so well in incorporating animation into comedy commentary via Tooning Out the News, where two-dimensional fictional characters interview three-dimensional newsmakers and lambaste one-dimensional rivals. Maybe resurrect Space Ghost: Coast to Coast as a segment? 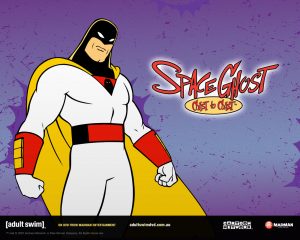 You own that franchise, BTW.

— On the digital side, make CNN+ a reservoir for opinions from ALL audience sectors.  Women.  African-Americans.  LGBTQI+.  International (You’re running CNN GLOBAL!!).  And yes, Republicans.  Hannity established himself with the help of Alan Colmes. Go back to that playbook if possible.  No doubt someone on that side will bite at a money grab to take their talents beyond, let’s say, OAN?   Give these contributors a regular stint on + and make them rotating contributors to the cable network.  You made John Dickerson and Margaret Brennan late night regulars.  You can certainly do that here.

— With the emphasis on news personalities being the backbone, consider an entertainment personality as the rest of the skeleton for your anchor show.  Oliver and Maher are intriguing inspirations.  Maybe there’s a Daily Show personality worth robbing?  Roy Wood, Junior?  Jordan Klepper?  Both?  I’d suspect you are aware of plenty of others.  Your inbox probably has more video capacity than mine.  I know I can help you test the possibilities objectively and exhaustively. 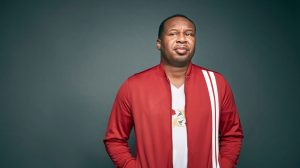 — Podcasts, podcasts, podcasts.  They increase the reach and the influence of the brand and its contributors beyond mere video.  Again, you know that–you just launched one for Colbert.  Just reminding you they’re even more relevant for your new gig.

Anyway, I know you’re really busy in the next couple of months. First, we have to sweat out the ACC tournament to see if Boeheim gets a chance at a post-season.  Then, you’ve got to get settled in.  Hudson Yards has fewer good restaurants within walking distance than 53rd and Broadway.  Ferret them out–heck, give one or two some prime space in your waterfront HQ.

Once you’ve done that, if you can even read this with a shred of legitimate consideration I’d be eternally grateful.  And if you’d honor me with a few minutes of your valuable time, the multiple of said gratitude would be a hundredfold.  You’re a passion for detail I’m told.  You like minute-by-minute ratings.  Second-by-second is available in your new world.  I’d really love the chance to help you chart them. 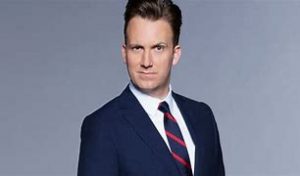