One of my favorite shows to sell was WKRP IN CINCINNATI, a “sleeper cell” sitcom of the late 1970s that was moved around CBS’ prime time lineup several times during its history with middling ratings before its four seasons of reruns were sold and, along with THREE’S COMPANY, became surprisingly successful hits in reruns.  WKRP was a struggling old-school radio station that embraced a harder-edged rock n’ roll format as a play for younger listeners, as many stations of the era were opting to do.  One of the show’s most impacted characters was its veteran news director Les Nessman, who struggled to co-exist with his new, alternative-embracing colleagues, ever dedicated to the pursuit of storytelling.

Perhaps Les’–and the show’s signature moment–occurred during his coverage of the show’s Thanksgiving turkey giveaway stunt where helicopters dropped birds onto an eager group of downtown gatherers.  Long before crowdsourcing was a thing, events like this were staples for younger-appeal stations looking to make an impaxct with its listeners.  Trouble was–lost in the planning details was the fact the turkeys they dropped weren’t yet dead.  As Les, channeling the classic Hindenberg disaster for inspiration, excitedly described the carnage, the following image and line was uttered, perhaps one of the most hilarious in sitcom history: 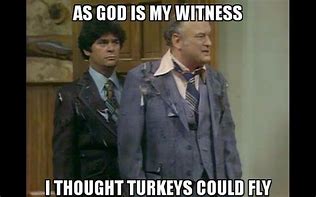 Well, today’s radio is not what it was then.  Alternative now defines both the technology with how radio is delivered as well as the music that defines it.  And when one looks objectively at available Nielsen ratings in most major cities, terrestrial radio listenership is now typically dominated by news/information, sports or, where demographics allow, Spanish-language content.  And nowhere is this truer than in New York, where yesterday one of the city’s most enduring and iconic FM music destinarions, 92.3 FM, flipped from the current branding of Alt 92.3 to a simulcast of co-owned newsradio icon 1010 WINS, which has been among one of the most-listened to stations for decades in one of the few markets where two all-news radio stations co-exist successfully.  But as anyone who has ever driven from midtown to the suburbs on a crisp autumn evening looking to keep up with “travel and weather together” knew, its AM signal was often compromised whenever one would drive under an overpass or in more congested areas.  By contrast, “Crystal clear” FM signals have been generationally embraced as superior, and music formats in particular have thrived on that band as a result.

But music formats that thrived because of the quality of the signal had listeners that often created mixtapes out of their favorite songs, and when the Walkman was unveiled that put both a radio and a cassette recorded in the palm of one’s hand, younger listeners began to move away from listening to live terrestrial radio.  When the IPod was invented that effectively made the physical mixtape obsolete, they began to move away from listening to terrestrial radio entirely when they were not in a vehicle.  And when satellite radio was embraced by the auto industry as OEM, younger listeners who could afford streaming subscriptions moved away from terrestrial radio almost entirely.  Later-model vehicles allow you to connect a device to your car speakers which bypasses the need for a car subscription to something like Sirius XM in its entirety.  For the record, that’s how I almost exclusively listen to content when I drive, and I don’t exactly qualify as younger these days. 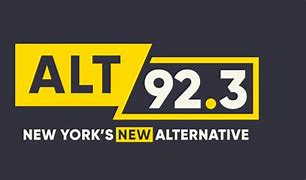 So yesterday’s “Irish funeral” for a signal that, over the years, housed not only alternative rock but, for decades before, provided Howard Stern his terrestrial megaphone as K-ROCK, and before that was the soundtrack of the disco era as “Disco 92”, was sad, but inevitable.  And as its extremely talented on-air talent tried to remind its audience during the station’s final morning drive with the likes of Smashing Pumpkins waking up commuters in queue at the Lincoln Tunnel, Alt 92.3 is not going away completely.  Like almost every signal that Audacy, the successor company to CBS Radio, operates around the country, it will be available “in the audio app”.  There is also the promise of HD2 radio through digital receivers that will reignite music quality in a manner akin to how FM did “back in the day”. Numerous formats through this century have attempted the transition from terrestrial to digital, hoping its dedicated fan base would move along with them.  Very few have endured.

And, bluntly, it’s the same concept of personalization that has defined and polarized our very lives that is the culprit.  Anyone with a device that has access to Spotify, YouTube, Soundcloud, Apple Music, Sirius XM or countless other options, let alone the Audacy app, can effectively act as their own media director, and can seamlessly move from platform to platform at any red light.  Think about the way you consume audio content.  Now amplify that through the lens of those younger than you that may have never known a world where the concept of AM or FM was intuitive.

If you were Chris Oliverio, the newly installed New York market president for Audacy who intelligently and calmly attempted to explain the business decision to expand 1010 WINS to the FM band with many of the reality checks that I’ve just outlined, could you truly say you would have done differently?

And real radio historians will know this is not the first time WINS has ended an era of New York music.  When then-owner Westinghouse launched WINS as the nation’s first full-time all-news radio station in 1965 it replaced a Top 40 format that once housed DJ legends such as Murray the K and Alan Freed.  Numerous performers of the era had their first radio exposure on that station, often greasing the palms of the talent and executives that provided it.  Anyone I spoke to who was around on April 19, 1965 had similar feelings of betrayal and anger toward news junkies and bottom-liners that Alt 92.3’s listeners likely had when 9 AM rolled around yesterday and the first cycle of “you give us 22 minutes, we’ll give you the world” hit “crystal clear” FM.

I’m ambivalent, since I’m an unapolgetic example of the news junkie that any listener to 92.3 in any incarnation loathes.  1010 WINS was the soundtrack of my youth, its repetitive format and constant click-click-click-click of the (later overdubbed) AP Newswire providing a sedative via a transistor radio under my pillow that I burned many 9 volt batteries with by having it on all night.  In pre-I Phone days, whenever I’d fly into New York and was in a vehicle I’d eagerly turn it on for both information and nostalgia.  I’d then usually turn the dial to all-sports WFAN.  CBS, and now Audacy, has been simulcasting WFAN, 66 AM, on 101.9 FM for a decade, for the exact same reasons of efficiency and reach that were cited for WINS’ move to FM.  And yet, even I’m not listening that way.  And I’m REALLY low-hanging fruit.

I feel terrible for the deejays who knew their employment was ultimately going to be impacted as they attempted to put a bright spin on the memory lane trip of yesterday.  It brought back memories of when WNBC radio flipped to WFAN in 1988, ending an earlier era of radio that assembled alumni as diverse and Howard Stern, Alan Colmes and Bill Cullen (his final public interview) to reminisce.  Deejays and radioheads I’ve come to know are consistently aware of the passage of time and technology, to an even greater extent than veterans of legacy television seem to be.

Just as they offer me little beyond empathy, I can’t offer much more than that.  Some will survive, some will evolve.  Most won’t listen to WINS anytime soon, I suppose.  The best advice?   If you do decide to try and get a free holiday turkey, make sure it’s already dead.