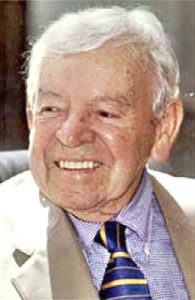 Music has always been a passion of mine, though I can personally barely carry a note.  And since I consume so much sports, news and comedy information I don’t have as informed a knowledge base for the Grammy Awards’ nominees as I do for the other major awards’ personalities.  But I did watch (sadly, joined by less than 10 million others) Sunday night’s broadcast, and I did recognize a few of the nominees.  One I was particularly familiar with was Jon Batiste, who had been nominated for 11 of them and ultimately won five, including Album of the Year for FREEDOM.  Of course I knew him.  He’s a bandleader for a variety show.

Since the days of radio, bands have always been synonymous with entertainment, and bandleaders have always emerged as personalities in their own right.  Les Brown led a band called the Band of Renown and rose to prominence with his longtime association with Bob Hope on his NBC comedy/variety specials.  He also had a seven-year run as bandleader on the Dean Martin Show.  Les’ presence was more muted than his band’s, rarely speaking on camera but well known because every time Hope would end one of his broadcasts with a customized rendition of his theme song THANKS FOR THE MEMORIES he would invariably set the tone by nodding in his direction and saying “Les…”,  Even Hope knew had a heck of a talented colleague.  Fun fact:  Brown never won a Grammy himself, but as president of the Los Angeles Chapter of Recording Arts and Sciences he was instrumental in bringing the Grammy Awards to television.  Even then, bandleaders had a presence. 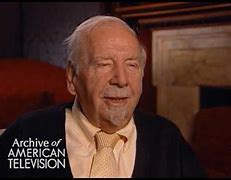 Later eras of variety show bandleaders had more of a presence as ensemble members.  Both Steve Allen’s and the early days of Johnny Carson’s TONIGHT SHOW were fronted by “Skitch” Henderson, a beatnicked pianist who emerged as an early butt of Carson’s nightly monologue jokes along with more frequent foil Ed McMahon.  Henderson did win one Grammy in 1963 for a conducting of a staging of PORGY AND BESS.  He was also the only late night bandleader to date to have served prison time, having been convicted of tax evasion in 1974 for the filing of false tax returns related to years where he earned money for donating some of his works to a college and undervaluing it. That’s how I first learned of his existence, since his TV days preceded mine.  But if you look up any of his surviving works on YouTube as I did, you’ll learn he was a pretty cool cat.

Henderson was replaced by Doc Severinsen, who would move up to the co-host chair often when McMahon would be off on one of his frequent side gigs.  With a similar bearded look to Henderson’s but skilled as a trumpeter, frequently dressed in loud colors and open-faced shirts, Doc emerged as an instant recognizable personality and eventually won two Grammys of his own in 1987 and 1988.  And, great news, he might still win another:  at almost 95, and in his 76th year of performing, he’s still around and still trumpeting.  If you haven’t yet seen the PBS documentary NEVER TOO LATE, you should.  He is a fascinating story of resilience and energy I’d love to have myself.

His NBC late night compadre Paul Shaffer spent 33 years as David Letterman’s sidekick.  A generation of fans grew up with the punch line “You know him, you love him, you can’t live without him”, and essentially had both McMahon and Severinsen’s roles on Dave’s show.  Frequently wearing dark glasses to reinforce the post-midnight vibe, Paul would play multiple instruments and spread his comic chops with the likes of the cast of This Is Spinal Tap and Gilda Radner’s signature one-woman Broadway show.  He’s won one Grammy to date, FYI.

But none of these impressive personalities has either the track record or the potential as Batiste.  His band STAY HUMAN emerged as a popular booking in New York clubs during the early 2010s, where he caught the eye of Stephen Colbert. Colbert had him on an episode of THE DAILY SHOW in 2014 and when he moved to the LATE SHOW a year later STAY HUMAN became the replacement band for Shaffer and his CBS Orchestra.  The Colbert show theme is more of a throwback to the Carson show’s horn-driven soundtrack versus the organ-prominent themes of Letterman’s, and I defy anyone not to want to get up and dance when his show starts.  If you’ve seen a chubby bald guy striding through darkened Westside LA streets lately, that’s probably me reacting to Colbert’s opening segment when it plays back on my phone while I’m off on my AM bunny walk. 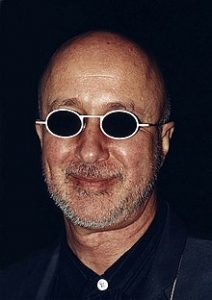 And now Batiste has eclipsed all off these track records in one night with FIVE wins, including the big enchilada.  It was appropriate that Colbert effectively paid homage to his auspiced colleague in last night’s monologue and reminded us of the magnitude of his accomplishments.  And it also prompted a deeper dive into how amazing a person he is.  As a second-generation member of a New Orleans music family that includes Lionel Batiste of the Treme Brass Band, Milton Batiste of the Olympia Brass Band, and Russell Batiste Jr. he was given the DNA for these accomplishments at birth   And earlier this year he revealed that he had married his longtime companion, the accomplished author Suleika Jauoad, who has undergone two bone marrow transplants for cancer.  Note to some other recent awards attendees:  Jauoad has a shaved head as a result of the treatments, and yes, it’s possible to get through a ceremony without needing to do any jokes about it.  Besides, with five large statuettes to lug around, I sure wouldn’t want to get on Jon’s bad side in an elevator.

And–sighs–he’s 35 years old.   If he’s around as long as Doc, and at this point there’s little reason to believe otherwise–he’ll be performing a full century after Shaffer started.   After last night, I wouldn’t bet against it.