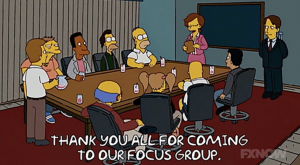 A report from The Week (https://www.msn.com/en-us/tv/news/jeopardy-s-dual-hosting-plan-reportedly-came-about-because-mayim-bialik-was-too-busy-for-the-main-gig/ar-AANibW4?ocid=msedgntp )emerged this morning that Sony TV executives actually wanted Mayim Bialik as the new host if the daily version of Jeopardy!, citing focus group testing that confirmed that audiences thought her performance was best.  This new tidbit emerged in light on the ongoing criticism of their choice of executive producer Mike Richards as the weekday version’s emcee, prompting laughter from late night talk show hosts and widespread social media criticism that the person obstensibly responsible for objectively choosing the new host conferred the title upon himself.

Again, we are not going to try Mike Richards in the public court of opinion, nor will we call into question Sony’s claim that research was the true arbiter of this critical decision.  What does need pointing out are the implications of letting focus group results be that arbiter.

Focus group results are only as valid as the integrity of its methodology.  People and concepts that are familiar and comfortable typically test higher.  Of all of the candidates for the job, Bialik was far and away the most well-known and in an intellectually stimulating environment consistent with her iconic Big Bang Theory role she was that much more likely to test well.  There’s also the valid question of how many respondents were fans of The Big Bang Theory and/or Blossom.  In short, how stacked was the deck in Bialik’s favor going into testing? 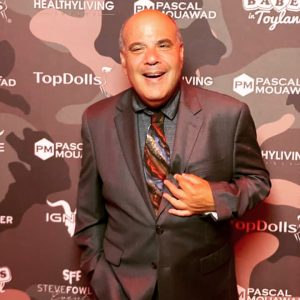 I am personally familiar enough with the principals involved in this testing to have confidence these questions were addressed and that results do exist.  I’d place a small wager Bialik did quite well.  But Sony’s lack of public exposure of these details leads us to conclude that these results weren’t were the buck finally stopped.

In Leblanguage, the bottom line IS the bottom line.  Richards’ salary to host 230 half-hours will be substantially less than what Bialik will be paid to host 8-10 hours.  Were Bialik to have been offered Alex Trebek’s reported $17 million annual salary and the chance to be involved with a series that can run for decades might that have been enough of an inducement that to continue full-time with a marginally rated FOX network comedy that could be completely gone by next spring?  Drew Carey left sitcoms for game shows–he’s done OK both in longevity and compensation,

Maybe Sony is borrowing a page from the FOX playbook that controversy can generate ratings.  Both senior TV executives have direct experience working for the top levels of that company.  Let’s see what does happen this fall with ratings trajectory.  Because much more than qualitatively quantitative research is that ultimate arbiter.

PERSONAL NOTE:  As I posted on social media, more than 200 friends, family members and business colleagues took time out of their lives to wish me a happy birthday yesterday.  To all of you I have just two words:  THANK YOU.To the two others who I so urgently wished would be part of that I have two different words:  YOU’RE WELCOME.