Within hours of this writing Sony Pictures TV announced that Mike Richards informed his team that he will step down from the hosting chores, citing the distractions continuing would cause.  As of now he is scheduled to continue as executive producer of the show as well as Wheel of Fortune.  The calls for more critical research noted below remain intact.  Sony–and Richards–MUST get it right this time.

A new season of Jeopardy! began taping yesterday with Mike Richards as host.  Not since January 21st of this year has a transition of power been under such scrutiny.

Audio evidence of comments ranging from insensitive to racist made by Mike on a series of podcasts surfaced over the last 48 hours, capturing the attention of late night TV hosts like John Oliver and Stephen Colbert as well as the general news cycle.

In a word, Mike looks bad.  Claire McNear, a contributor to Bill Simmons’ series of podcasts and journalistic breakthroughs, The Ringer, happens to have an upcoming book about the show and as part of her research she uncovered what she did.  Was this something that Levar Burton’s rabid fan base helped engineer, as many speculate?  Doubtful.  Did Simmons, who has a panoply of strong-willed contributors who look to be truthmongers across numerous institutions, have a horse in this race that now appears to have been in hindsight nothing more than a distraction?  Equally doubtful.   Did Richards and Mayim Bialik indeed test well enough to win this race?  We strongly believe they did, given the qualifiers we’ve previously posited.  And that’s where this process needs to go going forward.

Research did not ask questions regarding character and if they had this new information colors the previous requests markedly.  Research needed to be fluid and nuanced; instead it was straightforward and situational.   Those asking the questions controlled what was learned to make the decisions that were made.   We’ve previously postulated that money and efficiencies is the bottom line in why those that were made were made.  It is incumbent upon those same cost-first decision makers to re-listen to their audience and perhaps consider re-testing these respondents as to the degree they would be willing to ignore what Richards said on an obscure audio platform seven years ago so long as he moves America’s favorite question and answer game along well.  We’ve guesstimated the net savings in giving Richards multiple jobs is in the neighborhood of eight to ten million dollars a year.  The impact on the show’s 57-year-old brand in both ratings revenue and ancillary worth could be exponentially greater.

If you read this and believe it’s necessary to air your opinions be proactive with Leblanguage and reach out directly to Tony Vinciquerra and Ravi Ahuja.  They are where the buck truly stops, not with Mike or Levar.   Learn which executives they relied upon for their input and perhaps copy them.  Encourage them to do the math as objectively and as matter-of-factly as they did in the past few months in light of what has been unearthed.  I’ve already shared my personal feelings about Mike and I certainly wouldn’t want to see his career be impacted harshly by this.  But if you swing for fences this big you had better be prepared to have your past unearthed–that’s simply a reality in today’s world that no high-profile personality can ignore.   I believe Mike knows that and would professionally abide by that were it to occur and would accept a verdict from the masses the same way he embraces favorable Nielsen ratings.

Let’s let all voices be counted and let’s make an appropriate investment in time and talent to make that decision.  There is simply too much at stake to be haphazard about it.  I will casually say I’m available for consultation if you want. 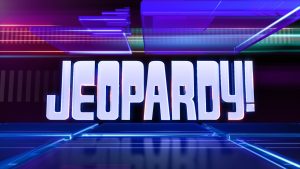