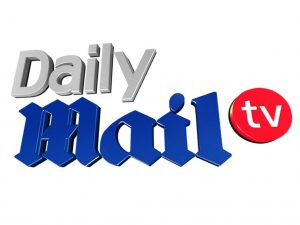 A generation ago, the battle for time slots on local television stations for first-run syndicated shows was fierce, passionate and strategic.  As the “consigliere” to those on the front lines in the more expensive suits, I would frequently be brought into conversations and often business lunches with buyers and even competitors. While we were technically enemies, we’d often use these opportunities to exchange dirt on some client issues or some snags on the business side that might mean one show would never launch, thereby giving our show first dibs as the replacement if that happened.

One particularly effervescent colleague would be eternally optimistic and would offer to his competitor that we should double-team the buyer and look to schedule his or her station for him, using our more informed perspective from hundreds of markets to sway their local decisions.  He’d often offer a toast using whatever beverage we had in a glass and said something to the effect of “Here’s to having you into me into you into the other guy next fall”.   While said strategy would have meant the third company would have secured the higher HUT level time slot, and thus the best chance at ratings, I wasn’t going to say anything about his somewhat dubious strategy.  Lunch–and based on the size of the portions, dinner, too–would be free that day, and that was most important to me.

So as the list of syndicated shows not returning to production in 2022-23 grew larger this week, most recently by CBS Media Ventures’ cancellation of DAILY MAIL TV, the realization of how that era of television is rapidly becoming completely lost was daunting.  Among the major shows not returning this fall are besides DAILY MAIL TV include JUDGE JERRY, THE NICK CANNON SHOW, 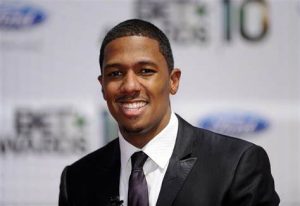 THE WENDY WILLIAMS SHOW, THE GOOD DISH (Sony’s long-incubated midyear replacement for DR. OZ, which was already last fall’s first non-returnee), MAURY and the one-time leader of the pack, THE ELLEN DE GENERES SHOW. (Other impending cancellations such as THE REAL and THE DOCTORS may still add to that list) .  That’s a minimum of five hours of daily television, frequently run at least twice a day, that will need replacing by local TV stations who despite a world and an industry where local TV still commands a large collective audience and often generates the highest profit margins for its diversified owners.  And, bluntly, not enough is expected to go forward to fill in all the voids.

Every obituary announcement cited low ratings as the reason for the cancellations.  For a world where breaking a 1.0 rating is newsworthy, that’s hardly a surprise.  Most of the cancelled entities are talk shows, and of course the largest cost of any such show is talent,  and investment in talent was always justified because often talent would get noticed and theoretically get high ratings.  Well, clearly that’s no longer the case.  And if syndication learned anything during the pandemic, it’s that the show can go on with a whole lot less studio and no live audience.  Shows that did produce original episodes in 2020-21 and 2021-22 often used multiple remote locations and graphics, effectively turning the production into a zoom call with better quality acoustics.  It cannot be THAT expensive to make a show these days for an audience so distracted and inured that almost anything short of a movie epic is met with apathy. 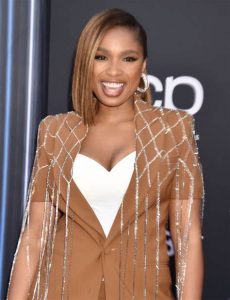 Yes, Jennifer Hudson will debut with her own show in the fall as will Sherri Shepherd. although as Wendy Williams’ de facto replacement while Wendy battled her health demons this one is more of a continuation.   And CBS will continue THE DREW BARRYMORE SHOW into a third season, making two half-hour episodes available each day for stations needing more flexibility (including several that they own) in the hopes that opening up more and different time slots will improve ratings enough to be able to afford Drew.

Drew’s 2020 premiere in the midst of the earliest days of the pandemic, and as one of the few new shows of any kind attempting production, got a decent amount of media attention.  Numerous local newscasts, particularly on CBS stations, trumpeted her debut.  But when it came to reporting on her debut after the fact online sites were remarkably quiet.  As I was told later,  CBS was going through a downsizing and a transition of its support team and simply didn’t have the premiere on its radar, and the demand from the industry side wasn’t happening, either,  A year earlier, when its chief competitors respectively launched KELLY CLARKSON and TAMARA HALL on the same September Monday, their overnight market premiere day numbers were reported on in detail the next day.  It wasn’t until the end of that first week when DREW’s Monday numbers were posted.  And yes, it performed reasonably well.  We  apparently had become inure to information since we started working from home. 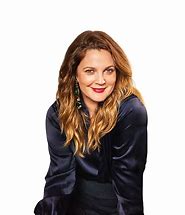 So here’s some unsolicited advice for local TV stations who will be challenged to simply find enough content to fill a broadcast day.  Find some local personalities who can produce an original podcast with a camera on their premises.  Fill your daytime hours with a couple of audition weeks of one-off episodes that they pay you a small fee to air, much as they would a local radio station. (They would have the opportunity to offset that cost by selling to an advertiser or sponsor themselves,  The most popular shows in ratings and/or social media metrics get ordered for shorter cycle runs, but they will get a salary.  They’re incentivized to use their own platforms to promote themselves, which supplements your efforts nicely,   Produce a few podcasts as bonus content.  And then hire competent people to help your sales and promotion teams analyze data regularly and help make consequential decisions on a local basis, just like the old days.

In that case, it’ll be him into her into the other guy.  And we can avoid oblivion–for now.