It hssn’t been all that newsworthy a fall for Netflix.  While their chief competitors dominate both zeitgeist and news cycles with battles for major sports packages and large chunks of video consumption with nine-figure multipart series based on epic mythological IP with large global fan bases, they have been laying off hundreds of excess employees and taking a relative back seat. 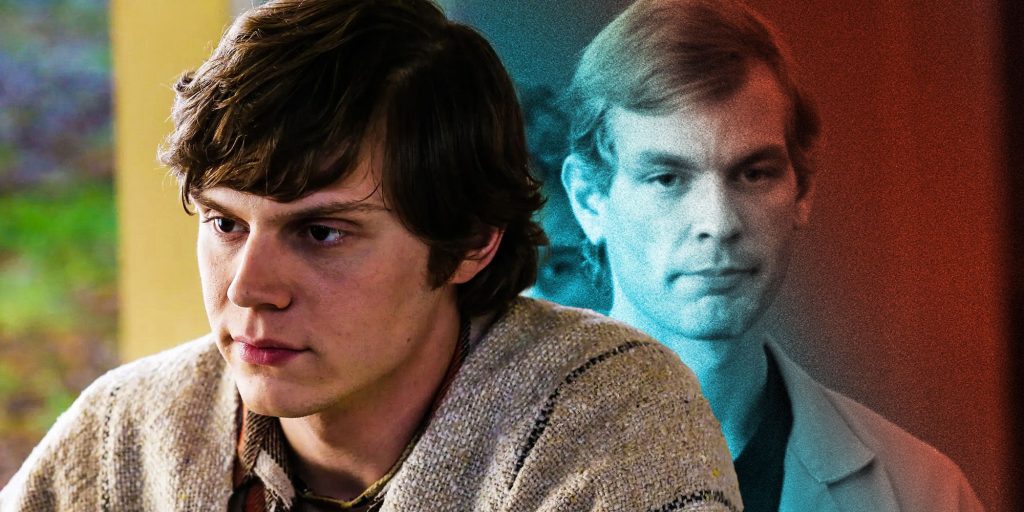 Relative, of course, doesn’t imply complete irrelevance.  Its Ryan Murphy-backed quasi-docudrama DAHMER dominated their own internal global consumption charts, reportedly raking up more than 700 million hours of viewership within  its first 30 days of release, which would make it the service’s third most viewed series in its first month ever.  And while Netflix’s metrics need to be accepted as gospel because they are first-party, they’ve been transparent enough with their methodology, and with hundreds of millions of subscribers contributing to that measurement, on both connected screens and devices, there’s much to be said about how impactful it has been despite the degree of competition they’ve received from HBO Max, Prime Video and Apple TV+. among others.

And this week, they released some additional details on their upcoming Netflix with Ads tier, which they touted as a way to turn things around for them while they were in the middle of missing earlier quarters’ targets and “right-sizing” several departments (notably, many which superserviced diversity efforts).  And so far, the reaction from Wall Street investors is mixed.  As Georg Szalai of The Hollywood Reporter detailed:

In a report following the reveal, Evercore ISI analyst Mark Mahaney reiterated his “outperform” rating and $300 price target on Netflix shares after a September upgrade and lauded the ad tier launch as “the biggest catalyst across the internet sector.” Netflix stock currently sits at 235.35 as of early Friday trading, days ahead of its third quarter earnings report that will be disclosed on Oct. 18.

The Evercore ISI analyst’s key takeaway: “The low price of the offering ($6.99 versus $9.99 for Netflix’s basic plan), its simplicity (one ad-supported tier) and its differentiation (one supported device at a time, no download capability and HD versus two supported devices, download capability and full HD for the standard $15.49 plan) will likely materially boost the value proposition of Netflix to consumers, help reduce churn and expand gross subscriber adds by addressing one of the biggest challenges the service has faced over the last couple of years – rising price sensitivity, as tracked by our relentless surveys.”

And, Mahaney argued, his Wall Street peers and investors may not yet give the streaming giant full credit for the move. “We don’t believe this is correctly captured in Street estimates or in the company’s current valuation,” the analyst noted. “Overall, we view this offering as having a very compelling value proposition for consumers and a distinct positive for the stock.”

“Net-net, the lower-than-expected price is largely offset by a higher-than- expected ad load and slightly more monetizable minutes,” the MoffettNathanson expert concluded. “Netflix expects the ad tier to be neutral to positive on a revenue basis compared to its ad-free offering. This is consistent with our own analysis suggesting the ad tier will be modestly accretive to revenue per user.”

Nathanson’s takeaway for Netflix shares: “We see this pivot as an incremental positive to Netflix’s financial operations. However, we find ourselves below Street estimates for the first time in a while as other forecasters may be overly optimistic on the impact of this pivot while ignoring the foreign-exchange headwinds to near-term profits and revenue per user.”

And over on the other side of the Pond, experts are even less upbeat:

Meanwhile, U.K.-based PP Foresight analyst Paolo Pescatore told THR that the ad tier launch changes the Netflix narrative. “The move to offer an ad service of some kind was not part of the company’s script. Clearly, it has been forced upon it,” he argued. “It is apparent that the streaming pandemic party is well and truly over. During this time, we saw a rapid increase in consumer adoption fueling subscription revenue. Conversely, during a recessionary period, users will be forced to make some tough decisions regarding the need to keep on paying or signing up to a slew of services. Adding an ad tier, helps Netflix diversify its business model further, offering something for everyone which should resonate with a broad range of users.”

The potential impact of UK acceptance of Netflix with Ads cannot be underestimated.  As of next month, just before the ad tier launches there, Netflix will be measured on an overnight basis by BARB, the British equivalent of Nielsen.  An accredited, inclusive third party will release data on Netflix shows on a next-day basis concurrent with British linear networks and other subscribing streaming services.  As Variety! noted when it reported on this earlier this month, this will allow analysts to see how THE CROWN stacks up against STRICTLY COME DANCING in a timely and daily manner. 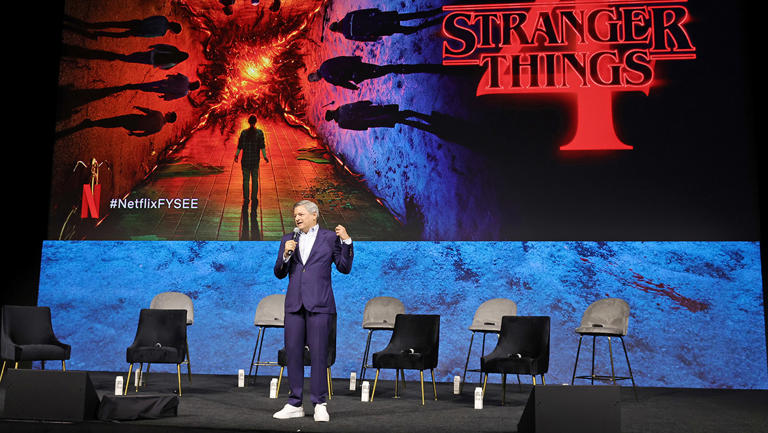 And yesterday, CNBC announced that Netflix will also subscribe to Nielsen’s digital audience reach service and will begin reporting with that data sometime next year (assuming, of course, Nielsen actually meets their own internal timetable for releasing such data, which of late they have not been able to do.  But considering their $16B acquisition finally was approved earlier this week as well, they’re both now on the clock to make it happen.

Once daily panel data begins to trickle in from the UK modeling can be developed to be estimate how Netflix content stacks up in apples to apples comparisons with linear television series in terms of both audience quantity and quality, as well as provide a barometer to keep the Nielsen system on track to be as accurate as possible.  It can actually be a windfall for many researchers and advertisers both domestically and abroad if all goes well.

The details on how the tier will look were seen as generally positive.  Movies will essentially have a majority of inventory in pre-roll clusters, similar to what one might expect in an actual theatre these days.  And ad load, per Netflix’ own site, will average roughly four minutes per hour, with most ads 30 seconds in length.  That’s roughly what a single break on an episode of Everybody Loves Raymond looks like on TV Land these days.

And, contrary to some earlier conjecture, Netflix also asserted that approimately 90-95% of their titles will have the capacity for ads to be inserted in them, significant because despite the success of originals like DAHMER an overwhelming majority of its more popular offerings are still repeats of broadcast TV series licensed from other companies, where AVOD rights needed to be negotiated.  It’s still unclear if the outlying 5-10% represent the most popular and prolific titles, thereby meaning the impact on how much upside there is for ad-supported inventory versus the full Netflix porfolio may not quite be optimal.  But it is better than first believed.

Netflix has been holding its own with populist fare like DAHMER, STRANGER THINGS and, more recently, another Ryan Murphy series, THE WATCHER.  Per Rotten Tomatoes, critics’ reactions have been far less favorable than those of its viewers.  As Forbes’ Paul Tassi snarked this week, DAHMER had a 57% RT rating from critics; 84% from audiences.  THE WATCHER, which just replaced DAHMER as Netflix’ most-watched series, is so far even more underwhelming–50% critics, 64% audiences.  Another installment of the KNIVES OUT movie series is the big push for the balance of this month.  Not likely to be a Golden Globes competitor.

But as the bearish Pescatore noted, what Netflix built its foundation of best-in-class on in its first decade is not necessarily what it is counting on to maintain it in its second.  It is relying more upon self-produced and non-U.S. content, primarily with 40 episodes or less, with commercial breaks, and making themselves accountable to third-party measurement in a timely manner.  And emphasizing content less likely to dethrone HBO/HBO Max as the service that gets the most Golden Globes nods.

HBO defines itself as “not TV”, a commercial free acclaimed alternative to the likes of TV Land and two minute long commercials for Generac.  Netflix built its own pillars on being an even better version of that value proposition.  Now it seems they’re heading down a path where their chief asset will be the lack of that marginally acted Generac spot—for now.

We’ll see next week how third quarter results impact these estimates and perhaps learn more about the path they are taking,  And whether or not they take a page from the protagonist of their current savior series and indeed take a larger bite out of their competition

We’ll (Netflix and) chill out until then.