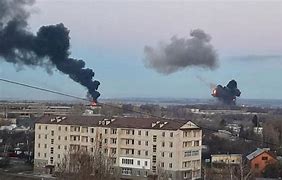 I just got back from a wonderful and much needed respite away from the torture chamber I call Los Angeles.  While the temperature was far colder, the reception was warmer.  Dear friends became closer, a beautiful special friend in particular, and I learned I should never, ever allow myself to be talked into Little Caesar’s Crazy Bread nor an inner thigh workout without proper hydration.  It felt so wonderful to hug people without judgement, actually kiss someone I care for, and to feel their warm hands when the snow started falling.

So now I’m back in full work mode, looking for inspiration in a environment that, to be fair, is finally on the brink of relaxed mask enforcement but still “strongly recommends” social distancing and non-contact.  I cannot begin to tell you the degree of consternation and frustration these recommendations trigger in me–well, actually, those of you who have read previous installments know exactly where I stand and why on this issue.  I continue to be respectful, avoid Omicron and remain in remarkable physical health.  Mental health is a bit harder to find.  Particularly on a day when I heard sirens go off during a live shot on MSNBC covering what is clearly a war in the Ukraine.

I’m naturally curious about the impact of these events on the world and, in particular, what we’ll eventually wind up paying for a gallon of gas.  I’m sympathetic to the many friends who have family members and friends in the Ukraine who have fled their homes in eerily chilly ways to residents of Warsaw and London more than 80 years ago.  But there’s only so much sadness even I can endure, particularly when the mere act of human contact requires such overwhelming patience and tolerance for the f—ing recommendations.  So I’m looking for an escape.  And thanks to the brilliance of the Bill Simmons podcast team, I may have found one.

EUPHORIA is about to wrap its second season Sunday night on HBO.  I plan on watching it.  I’m clearly late to this party, and demographically I’m even more clearly crashing it.  It is a drama that is the latest incarnation of a show revolving around teen angst, coming of age, experimentation, heartbreak and pursuit of passion by characters we either identify with or aspire to be like.  The brilliant emerging superstar Zendaya is one of the stars, giving poignance and emotion to her character, appropriately named Rue.   It’s aimed squarely at girls 12-34, two demo cells I couldn’t even fake being a part of.  Although I once tried.

When FOX was considering launching a network aimed at that niche, I ran a series of “immersion groups” where we hired a company called Girls, Inc. to conduct online hangouts with girls and young women (separated by high school/college/adult cohorts) to determine what they liked and why in music, pop culture and life.  I was invited to monitor the chats as a fly on the wall.  This was exclusively text-based, so we trusted that who signed up was actually who they claimed they were.  To help confirm that, with the help of my colleagues’ children and younger sisters I threw in a few “red herring” questions about WB dramas such as ONE TREE HILLand DAWSON’S CREEK that would be quite easy for anyone in that age bracket to answer. 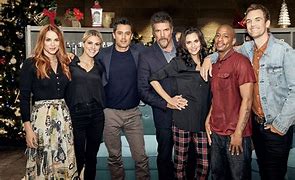 I was stunned to see how uninformed the group was.  I knew more about Pacey than several of the participants.  I asked the vendor to recontact the panel members to probe further.  Sure enough, many of our question marks turned out to the parents of the girls that signed up, who couldn’t be bothered to be online with strangers.  They were too busy actually watching TV or out living their lives, so the moms and dads tried to masquerade to get the couple of hundred bucks incentive.  We never did pay for those groups.

In today’s online world where Tik Tok, Instagram and Facebook Live dominate these demos, it’s easier to determine who is really who.  Even without video, very active posters and tweeters leave enough breadcrumbs to demonstrate they are who they are.  And EUPHORIA, per Talkwalker, a third party that quantitatively measures TV social content across Facebook, Instagram, Twitter and YouTube, was last week’s most active television program, generating five and a l half times more interactions than its nearest competitors (for the record, the balance of the top five were all wrestling programs).  I supervised the reporting of those metrics for Sony during my most recent full-time gig, providing ammunition to renew shows with smaller audiences who had passionate fan bases.  EUPHORIA is not HBO/HBO Max’s most-watched show per Nielsen or Samba but it is one of the few shows it its current arsenal that ranks this strongly on this metric.  It is arguably as important to its competitive status in the white-hot streaming war as any property, and in a subscription-driven business model having this kind of hold on this audience niche is quite desirable. 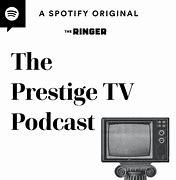 So it’s important for someone like me to know what all the fuss is about.  And thanks to the snappy repartee of Joanna Robinson and Nora Princiotti of The Ringer’s Prestige TV Podcast,I’ve been able to get a handle on who is loving and hurting whom and why on this season’s episodes.  Simmons has a remarkable knack for tapping talent that truly loves and embodies the intensity of their fan base, whether it’s in the world of sports, TV or music.  Joanna and Nora tear into each episode within minutes of their conclusion on the West Coast, debating which way they believe a plot point will turn and critiquing each main character’s decision-making in much the same fashion as the millions of EUPHORIA fans who interacted on social media did last week.  I’ll admit I’ve never seen a second of the show personally.  But thanks to Joanna and Nora, I’m as invested in what happens in the season finale as at least some of their listeners are.

With the events of this week, depending upon editing rules it’s likely that a news broadcast may deliver more social interactions than EUPHORIA by the time Talkwalker releases this week’s Top Five.  It’s understandable given the stakes.  But that hopefully will prove to be a temporary aberration and a short-lived “series”, not a warmup for a longer, more inclusive war that frankly scares the crap out of me.  With football done, March Madness still a coupla weeks off and spring training on hold, there could not be a more perfect time to sample EUPHORIA personally.  Like Billy Joel, I’ll choose that over sadness any time.