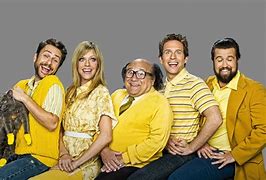 I’ve envied Rob McElhenney from the moment I met him, when he and a couple of other struggling comedians parlayed a $200 demo tape into a six-episode afterthought order for an FX sitcom that was originally destined to be the filler for a more anticipated series about a weight loss group.  17 years later, no one except myself and perhaps John Landgraf’s team remember STARVED, but McElhenney’s IT’S ALWAYS SUNNY IN PHILADELPHIA has become the longest-running live-action comedy in television history.  He’s become a multimillionaire, and he’s married to co-star Kaitlin Olsen, one of the most beautiful women ever to come out of Oregon.  What I’d give for a day in his world. 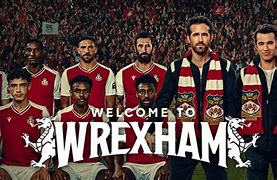 Aside from who he shares his life with these days, what I’ve admired most about McElhenney is his hard-scrapple perseverence and integrity, and both are on display in his newest series, WELCOME TO WREXHAM, FX’s latest entry in what has arguably been one of their strongest summers of originals yet.  The docu-drama details how McElhenney and DEADPOOL star Ryan Reynolds spent about $2.6M to buy a downtrodden Welsh soccer team, Wrexham AFC. (FYI, Wrexham is approxmimately 50 KM east of the signpost in this entry’s title, otherwise known as the longest name for a train station in the world; don’t even try and pronounce it).

As for Wrexham, well, they’re a fascinating story unto themselves.  As documented in the Chicago Sun-Times:

McElhenney grew up in Philadelphia as an Eagles fan and only started getting interested in non-American football around 2019, when the British comedian and writer Humphrey Ker (who has worked with McElhenney on “Sunny” and “Mythic Quest”) would watch matches during breaks. McElhenney got hooked on the sport and this led to him pursuing the idea of purchasing a football club — if he could find just the right team and circumstances.

He discovered such a club in Wrexham, a Welsh football team in a working-class town that had fallen on tough times and for the last 14 years had been relegated to the National League, the fifth and absolute bottom rung of professional football. But even a lowly club such as Wrexham would require an investment in the millions — so McElhenney reached out to Ryan Reynolds, a social media buddy he had never even met in person.

“As I gathered more and more information,” says McElhenney, “I realized how expensive it was going to be. I have TV money, but … I needed movie star money. More than that, I needed superhero movie star money. … I would need alcohol baron money and mobile phone services money and what other companies does this bitch have? Cybersecurity money.” 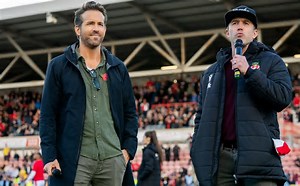 Reynolds agreed to partner up with McElhenney, and their offer was accepted by the 2,000-strong members of the Wrexham Supporters Trust, who seemed equal parts baffled, skeptical and yet thrilled about their new celebrity owners, who made it clear they were going to do everything in their power to improve the fortunes of the club.

The series alternates between scenes of Reynolds and McElhenney in Los Angeles, on studio lots or in trailers or in McElhenney’s spacious and sun-filled home, and segments in the drab and gray Wrexham, where we begin to understand just how much the football club means to the entire town. We meet the likes of Wayne Jones, who owns the Turf Pub in the shadow of the stadium; Paul Rutherford, a midfielder who is 33 years old and is married with children and barely makes enough to support his family, and Kerry Evans, who was a full-time volunteer as the Disability Liaison Officer for Wrexham AFC and is in a wheelchair, and is overwhelmed and admittedly scared but also excited when she’s offered the opportunity to basically perform the same duties — but for a salaried position.

The parallels to Apple TV+’s heartwarming hit TED LASSO are instinctual, and there’s no question there are similar emotional touchpoints.  The parallels between Wrexham and, say, the early Green Bay Packers, once one of many struggling franchises in blue-collar Midwest towns much like those in today’s Wales, are plentiful.  But while LASSO is fully scripted, this is 100 per cent real, and it’s a story that’s still evolving.  The new season has started, they’re still struggling in the lowest rung of professional British football, and the Premier League is at the moment pure fantasy.

But if McElhenney’s golden touch with sitcoms and life partners can be any inspiration, it may very well be that Wrexham might become the next Leicester City, a smaller town that miraculously won the top league title in the UK in 2016 and the FA cup last year. 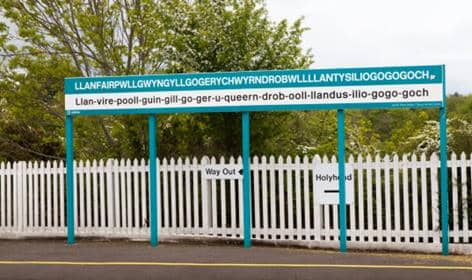 Which will undoubtedly lead to many more reasons to visit Wales that simply taking a selfie in front of the Llanfairpwllgwyngyllgogerychwyrndrobwllllantysiliogogogoch train station.